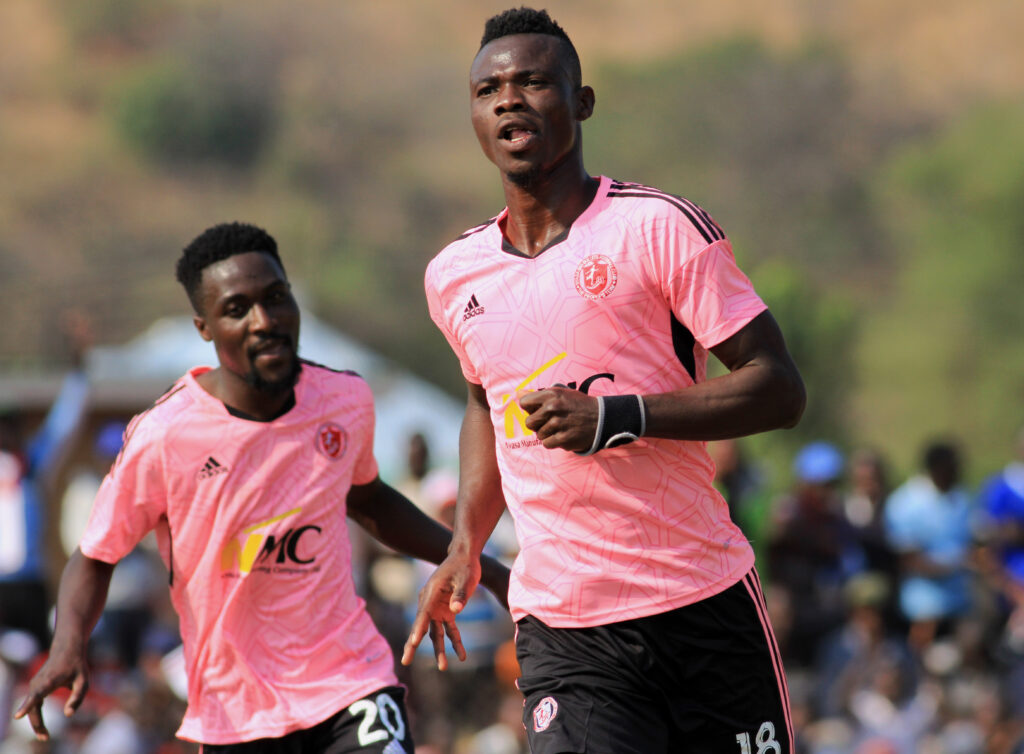 Nyasa Big Bullets booked a place in the semifinals of the FDH Bank Cup after overcoming a resilient Chitipa United 2-0 at Rumphi Stadium on Saturday afternoon.

The victory saw The People’s Team set up another Blantyre derby showdown against Mighty Mukuru Wanderers, who booked a semifinal spot following a 4-1 victory over Kamuzu Barracks in Blantyre on the same afternoon.

A dry and bumpy pitch coupled with strong winds blowing from all directions made things difficult for the visiting players to play their usual passing game, which normally transitions from the back through the midfield.

Bullets opted for secondary balls to try to find a breakthrough, but the hosts, who seemed to have adapted well to the pitch and weather conditions, defended jealously to frustrate Pasuwa’s side.

Twice in the opening minutes, Bullets had two attempts at goal through Kabichi and Babatunde Adepoju but all the efforts went wide.

It took a quarter an hour for Chitipa United to register a shot at goal from a very difficult angle which was easily defended by Bullets.

Mfune came close to giving Bullets a lead in the 22nd minute when he was found unmarked in the six-yard box by Phiri, however, the forward who found his way back in the starting XI after a while saw his effort go straight at George Chikooka, in goal for the hosts.

Few chances were created with Bullets sending dangerous crosses into Chitipa United’s half, but the wind, blowing against the hosts, made things very difficult for Maule.

Bullets were able to break the deadlock in the 32nd minute when Mfune sent an inviting cross into the box to find Chimwemwe Idana on the byline and the midfielder headed the ball back into the box  to setup Babatunde, who beat Chikooka from six-yards, 0-1.

The lead was almost cut short when Alex Benson combined well with Wakisa Mwenenguwe to release Omar Shaban, who sent a diagonal ball into the box to force Chimbamba into making a save and there was no one in a white shirt to finish off the move as the ball went wide.

Bullets should have doubled their lead in the 42nd minute when Idana delivered another cross into the box to Mfune, however the striker failed to connect home with the goalkeeper already beaten in the line of duty and that was all for the opening half.

It was a slow start to the match in the final half as the dry pitch continued to deter Bullets’ free-flowing game which saw them failing to press into the spaces for their attackers to score more goals.

50 minutes into the match, Chitipa United coach, Gift Mkamanga, made a double substitution when he introduced Aaron Kayira and Ramson Mukari for Gladwell Phiri and Omar to try to add numbers in attack.

But it was Bullets who doubled their lead just a minute after the hour mark when Kabichi found Mfune in the penalty box and the forward made no mistake to smash home the second goal from a rebound after Chikooka saved his first attempt, 0-2.

The hosts had an opportunity to reduce the arrears in the 67th minute when Nyasulu conceded a freekick in the defensive zone, allowing Benson to step up before firing at goal to force Chimbamba into making another save for a corner kick which was easily defended by Pasuwa’s men.

Babatunde and Kabichi were substituted for Stanley Billiat and Petro.

Mfune nearly grabbed his second goal of the match when he got the better of Cassim Juma before releasing a powerful shot which was well saved by Chikooka for a corner kick.

The forward was then replaced by Hassan Kajoke towards the last eight minutes of the match.

Bullets should have had a third goal in the 87th minute when Idana dribbled past three Chitipa United defenders before firing at goal, unfortunately, his strike was deflected for a corner which The People’s Team failed to utilize and after 90 minutes of action, 0-2 it ended.

Idana was named Man of the Match.

This is the first time for Bullets to progress to the last four of the FDH Bank Cup after they were knocked out of the competition by Silver Strikers in the quarterfinals in the first edition last season.