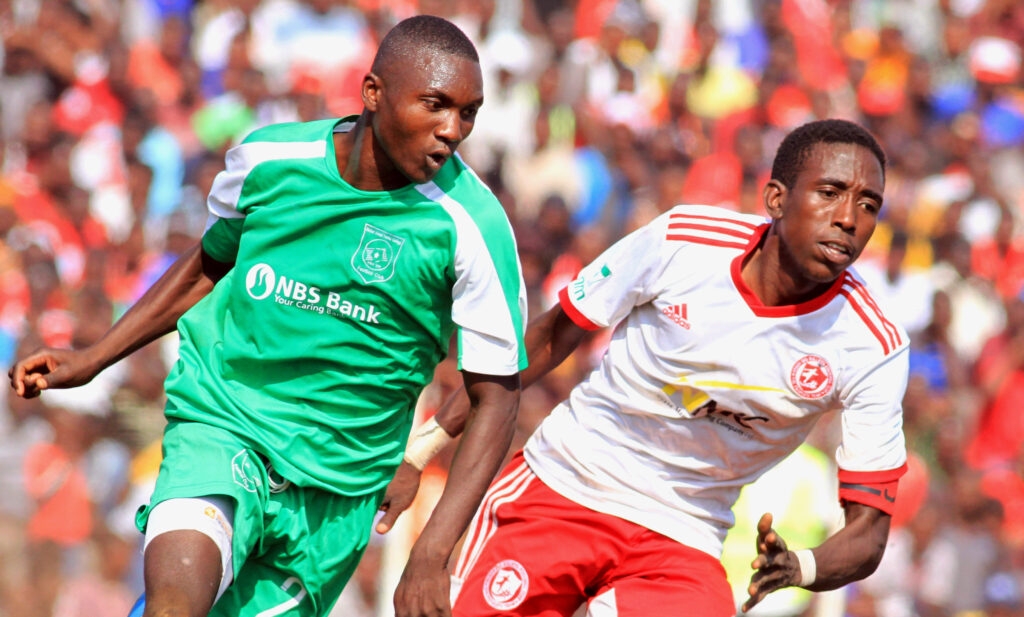 The hosts, playing almost exclusively on the counter-attack, struck five minutes before half-time through Zikani Sichinga and guarded the lone goal with everything to frustrate The People’s Team, who struggled to cope with a bumpy and dry pitch.

From the onset, the hosts seemed to have mastered the art of playing on such a dry and bumpy surface and their game plan worked as they used Bernard Chimaimba and Mphatso Philemon to attack from the wings and this restricted Bullets from attacking from their usual wing backs who were now forced to drop to avoid being caught on counter-attacks.

Not a start anyone had expected, but at least Bullets defenders were able to contain the pressure exerted by Stereo Gondwe’s side as twice, they threatened Richard Chimbamba’s goal only for the goalkeeper to rise to the occasion in the 6th and 9th minutes to keep us in the game.

At the other end of the field, Babatunde Adepoju made his first run to Mafco’s goal area but Paul Ndhlovu, who was very solid at the back, smartly won the ball and allowed fellow defenders to regroup.

Kalisto Pasuwa’s men had another goal-scoring opportunity in the 19th minute when Babatunde got the better of Stain Malata before delivering an inviting pass into the area to find Anthony Mfune who was denied by the upright.

36 minutes into the match, David Daudi, our former reserves player, had his ambitious effort well saved by Chimbamba after the Bullets’ defense was caught off-guard.

Mafco kept on knocking for a goal and finally got their wish in the 40th minute through Sichinga.

Chimwemwe Idana’s back pass meant for Chimbamba was accidentally intercepted by Kesten Simbi who lost the ball to Chimaimba and the former Bullets winger made a descent run before sending a low pass into the box and landed straight at Sichinga, who calmly controlled the ball, made a turn before releasing a powerful drive to beat our ‘keeper, 1-0.

It proved an important moment for the hosts, with Sichinga, Philemon and Auspicious Kadzongola getting the better of Bullets’ midfield which was struggling to settle down and Mafco went for recess with their one-goal advantage.

After the break, Bullets had similar problems encountered in the opening half, failing to play a passing game and all their attacking players were neatly closed down by the hosts.

For the next five minutes, Chimaimba, Daudi, Sichinga and Kadzongola passed the ball at will with Bullets players failing to close them down as the ball was switched to their wingers, who could now advance into the attacking zone but lacked the finishing composure to double their lead.

Pasuwa, who welcomed Misheck Seleman in the starting XI, withdrew the winger for Stanley Billiat as he tried to tweak the midfield in an attempt to force Mafco to open up.

The match was now more physical, with the referee twice intervening as the players from both teams involved themselves in a battle of words and Babatunde was cautioned in the process.

With one hour-mark gone, Gondwe brought in Richard Mbulu for Philemon and the striker nearly doubled his Mafco’s lead but was found in an offside position.

The central link was also a headache to Bullets as there was no transition going forward and this forced Pasuwa to replace Idana with Alick Lungu, a decision which saw Bullets making some moves into the attacking zones but Ndhlovu was too strong at the back with critical interceptions.

For the better part of the minutes between 65 to 69 minutes, Bullets pressed in a desperate bid for an equalizer but every move ended either the hands of Kameza or Ndhlovu, who kept Bullets attackers at bay.

Bullets had another opportunity in the 71st minute when Ernest Petro was brought down closer to the penalty box and Simbi stepped up only to see his effort well saved by Kameza for a corner kick which they easily defended.

At the other end, Tony Mbulu, who came in for Sichinga, made an excellent run to the far right before delivering an excellent cross into the box which almost found his elder brother, Richard, but Simbi arrived on time to make a timely clearance for a corner which also caused some nervous defending from the part of Bullets.

In the 77th minute, Hassan Kajoke replaced Mfune to try to reinforce the visitors’ attacking options as Bullets continued searching for an equalizer.

The People’s Team immediately sensed an opportunity when all seemed lost, though time was running out for them.

And that opportunity came in the 85th minute when Billiat’s pass found Petro on the edge of the box who wasted no time by finding the advanced Babatunde but the striker fired over the crossbar when Kameza was already beaten in his goalkeeping area.

This missed opportunity was a sign that maybe it was not Bullets’ day and the writing was on the wall because in the additional minutes, Babatunde had another opportunity but he was blocked by Ndhlovu and referee, Alfred Chilinda blew his whistle to mark the end of the match and the defending champions suffered their first defeat of the season in domestic competitions.

What does this defeat mean…

Bullets are still in control of the title race because they just need five points from the remaining four games to reach a 66-point mark, a point above Blue Eagles’ 65 maximum point mark from their remaining three games.

Pasuwa’s side has 61 points, five ahead of the Eagles, who have played a game more than the log leaders.

The People’s Team remains with Dedza Dynamos, Moyale Barracks and Karonga United at home and will travel to Mighty Tigers for the last away game of the 2022 TNM Super League campaign.