The race is far from over – Pasuwa 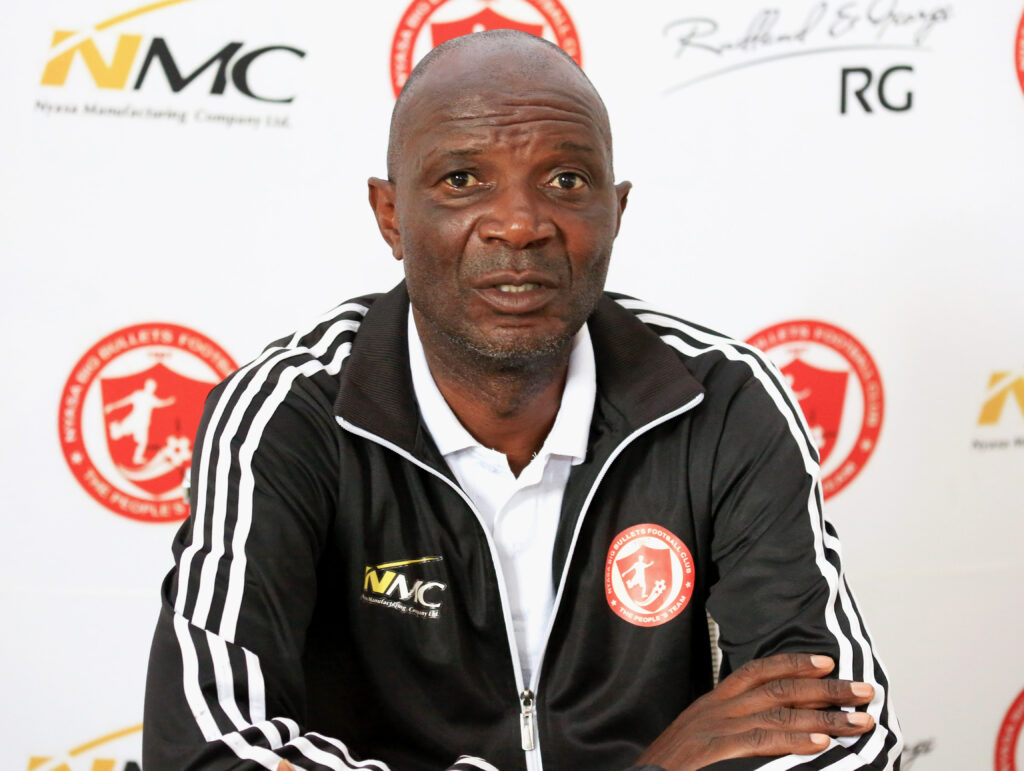 With nine TNM Super League games to go in the 2022 season, things are looking good for defending champions Nyasa Big Bullets, who have an 11-point gap over the second-placed Kamuzu Barracks.

The People’s Team drove to an impressive 3-1 win over Red Lions on Wednesday to maintain the unbeaten run to 21 games, having registered 17 wins and 4 draws to amass 55 points heading towards the closure of the campaign.

At this stage of the 2020/21 season, Bullets, currently eyeing a fourth successive league title, were tied at 45 points with second-placed Silver Strikers from 21 games, eight points ahead of the then third-placed Mighty Wanderers.

However, Bullets head coach, Kalisto Pasuwa, feels that the championship race is far from over even with a few games to go.

“I am one coach who believes in talking when [all] the games have been played. I have done this several times as a coach elsewhere and even here in Malawi where I could win the title on the final day of the season. In whatever we are doing, we are not saying we have done it because the championship race is far from over until we play our final game of the season,” he said on Friday.

Pasuwa was speaking ahead of Bullets’ TNM Super League fixture against Civil Service United at the Kamuzu Stadium on Sunday.

A win against the Lilongwe side will see The People’s Team cementing the grip at the top of the standings.

Despite Bullets having more wins over Civil, Pasuwa reiterated that no team will come easy on his side and that history does not really matter at this stage of the season.

“I have seen Civil Service United playing and it’s a team that is improving by playing with shape. We can’t be talking about history because we have a team which has just been assembled. Most of the players who were there dominating left and we have new guys now who also need to make their own history and not depend on what was done by the guys who were there [before].

“We have told the boys to anticipate another difficult game and we hope when we play on Sunday it will be into their senses to say history was done by the guys who were there and it’s up to them now to make their own history.”

The gaffer also gave an update on how his charges have been preparing for the game which comes four days after defeating Red Lions 3-1 at the same venue.

“So far so good, the boys are doing very well, but we have some of the guys who still have knocks namely John Lanjesi, Alick Lungu and Ernest Petro, who haven’t recovered and they are definitely out of Sunday’s match. We also have the likes of Precious Sambani and Frank Willard who will be assessed on Saturday.

“It’s another game which is coming within a period of three days, but that’s the fixture, it is what it is and we just need to adjust by rotating these players to avoid injuries. We might have demands to see Babatunde Adepoju playing week in, week out but at the end of the day, they won’t last, so we really need to get very careful with how we are managing these guys to withstand such congested fixtures,” he stated.