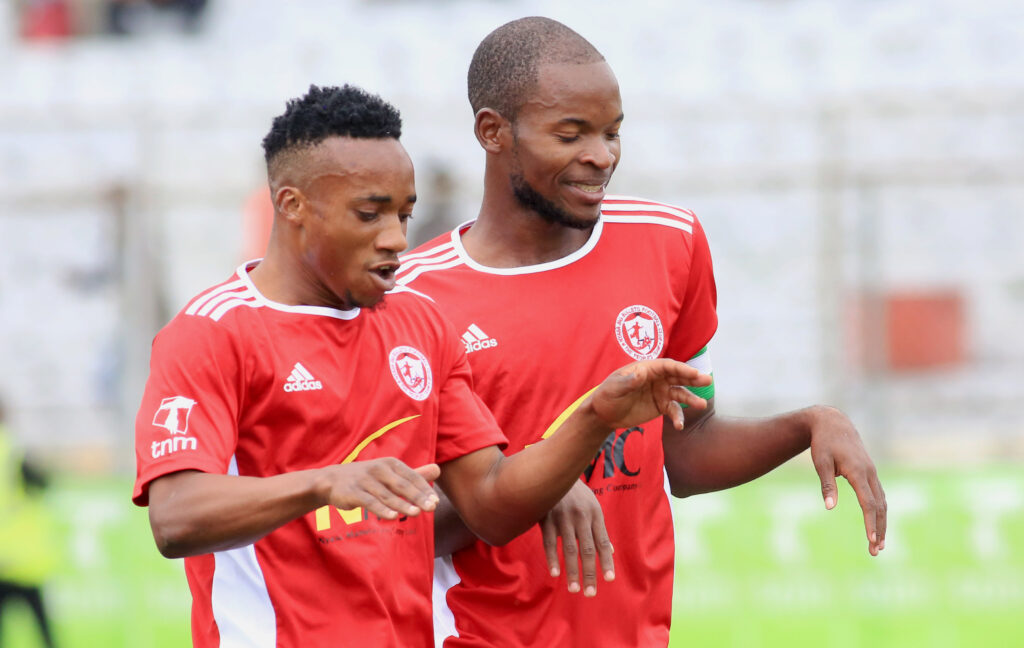 The 2022 TNM Super League campaign was yet another entertaining rollercoaster in Malawian football, with Nyasa Big Bullets continuing with their domination, winning the championship for a fourth straight season.

After playing 30 games, The People’s Team successfully defended the title in style, registering 22 wins, seven draws and one defeat while scoring 69 goals, conceding 21 and amassing a record-breaking 73 points.

How the season unfolded

Kalisto Pasuwa’s men started their title defense with a tricky fixture at home to cross-town rivals Mighty Mukuru Wanderers. It was a complex fixture for the team considering that Pasuwa had laid off eleven players from the squad that won the 2020-21 championship. He promoted six players from the Reserves and made two signings, Hadji Wali and Mphatso Magaleta.

This was the beginning of his rebuilding exercise and Bullets went into the Blantyre derby as underdogs.

However, The People’s Team dominated the league opener and came out good with a 2-1 victory over their rivals, sending a signal to would-be title contenders that they were up for the challenge even though Pasuwa said he only targeted a top-four finish as it seemed unrealistic for his charges, mostly youngsters, to challenge for the title.

Bullets then claimed all three points after they got the better of Ekwendeni Hammers with a convincing 3-1 win at Kamuzu Stadium. The next match was an away trip to Lilongwe to face Blue Eagles, who by then, had also started the campaign very brightly and that was the first match Pasuwa’s charges dropped two points following a 1-1 draw at Nankhaka Stadium.

By the end of the first round, the reigning champions had collected 41 points out of the possible 45 and the signs were clear that they would go for the kill in the second round to retain the title with some games to play.

However, Bullets found it slightly tough again in the final half of the season when they dropped two points at home to Kamuzu Barracks in the first match of the second round.

A week later, they recovered from the disappointing start to the second round with two back-to-back victories away from home to Rumphi United and Ekwendeni Hammers and it was in the third week that Bullets rose to the top of the table and never surrendered the position to anyone till the last day of the season.

The People’s Team then had a rude awakening when they surrendered a 3-1 lead to draw 3-3 with the Nomads in the Blantyre derby. The result came just a week after they gave away a lead thrice to draw 4-4 with Moyale Barracks in the FDH Bank Cup where they eventually progressed to the next round on penalties.

This was a sign to Pasuwa that his charges were now struggling to cope with pressure emanating from tightly congested fixtures as they, within the shortest period of time, played five games including the FDH Bank Cup and CAF Champions League matches.

Rotation was the order of the day and the next fixture against TN Stars saw the tactician making a whooping nine changes to his squad and they didn’t disappoint as they recorded their biggest win of the season with an emphatic 8-0 demolition of the visitors.

The latest drop in form for Pasuwa’s men saw the Eagles closing in on the log leaders as the gap was reduced to a further five points.

Despite bouncing back with a 3-1 win over Red Lions, Maule, unfortunately, suffered their first and only defeat of the campaign when they lost 1-0 to Mafco FC at Dedza Stadium.

On that day, the gap between The People’s Team and the Area 30 Cops was at two points and it was a must for the log leaders to beat Sable at all cost to ease the pressure going into the last five matches of the season.

And it indeed happened in style as they hammered the Chiradzulu-based side 5-1 to restore a five-point lead over Eagles.

Bullets ensured that all was well when they defeated Tigers 2-0, Moyale Barracks 3-1, Karonga United 4-1 before completing the season on the final day with a hard-fought 2-1 victory over Dedza Dynamos FC.

Bullets wrapped up the season with a win and won the league with 73 points, beating their own record they set in 2018 when they won the title with 71 points.

It was also a season to remember as Pasuwa’s charges finished ten points clear of Eagles in the pecking order.

While the league season came to a close at the weekend, Bullets announced their latest signing to the club as the 20-year-old midfielder Chawanangwa Gumbo completed a move to The People’s Team from Ekwendeni Hammers to become the second latest signing after forward Maxwell Phodo joined the champions a fortnight ago as a free agent.

Now Pasuwa’s charges are switching focus back to the Airtel Top 8 when they travel to Karonga to play Karonga United in the quarterfinal second leg in which they have a 7-0 lead over their opponents who were visitors at Kamuzu Stadium on November 5.

From the word go, many doubted the abilities of his team going into the new season after making more changes to his squad.

With injuries to his squad due to the tightly congested fixtures, he resorted to team rotation and even though he was questioned for not having “a First XI”, the head coach stood his ground and at their lowest moments, Bullets got the results when it mattered most.

Even though the team registered one defeat, Bullets kept on performing, scoring goals for fun and putting the title beyond Eagles’ reach when they defeated Moyale Barracks 3-1 to be confirmed champions of the 2022 TNM Super League campaign with two games to spare.

As he told reporters at the end of that game against the Mzuzu-based soldiers, Pasuwa said: “We wouldn’t have done this without player rotation. We made sure that all the registered players played a role because we knew that injuries would hit us hard and the only way to survive was through giving each and every player a chance to play for this club.”

True to his words, every squad member was given a chance, the latest being Thomson Magombo, a Nyasa Bullets Reserves product, who, in his last five matches, had four assists to his game, something very extraordinary from a youngster who barely had game time with the Reserves before earning his promotion to the first team.

The 2022 TNM Super League season was scintillating for Babatunde Adepoju and on its final day against Dedza Dynamos the Nigerian forward was on target with our opener to take his goal tally to 18 and that was enough for him to scoop the Golden Boot, beating Mighty Mukuru Wanderers’ Muhammad Sulumba, who finished second on the top goal scorers’ chart with 15 goals.

It was a season to remember for Pasuwa and his charges and they will surely be hoping for a treble if they advance to the semis of the Airtel Top 8 this weekend.