We need to have the right mentality – Pasuwa on Tigers game 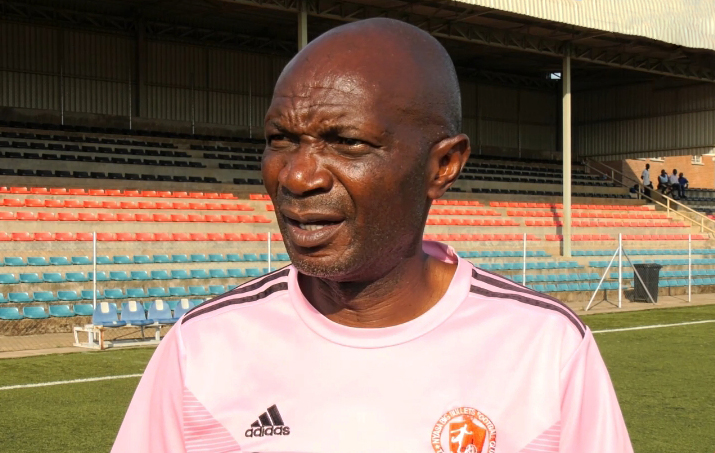 The People’s Team will be travelling to Chiwembe for the midweek fixture and the head coach believes this is one of the most important games this season after the last match Bullets played in the league a week ago ended in defeat.

He told club media Tuesday at the match venue where his team had the final training session before the tie, which will take them closer to retaining the championship if they collect maximum points against the Kaku Kau boys.

“That’s a game that is very important for us. As you know we played in the Airtel Top 8 [on Saturday], which is another competition, and now we are back into the league factor where we last lost our game against Mafco in Dedza.

“It’s not going to be easy for us, we need to fight. The opposition we are facing has been so close in all the games they have been playing. It’s a team that fights for everything, so we are saying to everyone in the house to only talk after winning the game. We need to have the right mentality for us to win that game.”

The tactician was also quick to downplay the element of having pressure after Blue Eagles, who are second in the TNM Super League standings, reduced the gap in the championship race to just two points.

“I think since day one, I am one person who has been talking about [taking] a game as it comes. Blue Eagles played their games and they are having their points and we are playing our games then at the end of the season, we will see who is who.

“We can’t be having any pressure. We came as far where we were having more than two to three games within the shortest period but we could come out good, so I am saying every game as it comes, we should have to concentrate on it.”

Bullets remain with four league games and have the Airtel Top 8 within the schedule before wrapping up the 2022 season, and the Zimbabwean believes his team has done enough to cope with the fixture congestion even though it has not been an easy journey, with some players picking up injuries along the way.

“We have played in every competition including the [CAF] Champions League and we were going as far as a Cup final, like the FDH Cup, and the [TNM Super] League as well as the Airtel Cup, so we need to do as much as we can to be managing the players. Where we are supposed to rotate, we should rotate them.

“And also, we have been having injury problems like now we are having Anthony Mfune who is having a groin injury and John Lanjesi who is having a knee injury, but with the guys who are around, we told them to be ready to play these games because we are concentrating more on recovery part of it than the training part of it where we need to manage our recovery,” explained the head coach.

The People’s Team has only kept one clean sheet in all competitions this season, against Karonga United in the Airtel Top 8, but Pasuwa is not worried, saying his charges are in a learning phase.

“Remember we built this team at the start of this season and we have been playing in so many competitions. It’s one area where I have been saying it has been hard for these boys where you are teaching them how to play Cup games, how to play Champions League matches, how to also manage Super League matches, so the information in the boys is too much, hence at times, we are conceding so many goals through fatigue, where concentration sometimes is up to zero [and] we need to improve on that. We are still working on that and we hope in two to three years, everything will be okay.”

With 61 points from 26 games, a win on Wednesday will see Pasuwa’s side only needing a point to officially retain the TNM Super League championship for a fourth straight season.