What to expect from Simba’s away clash 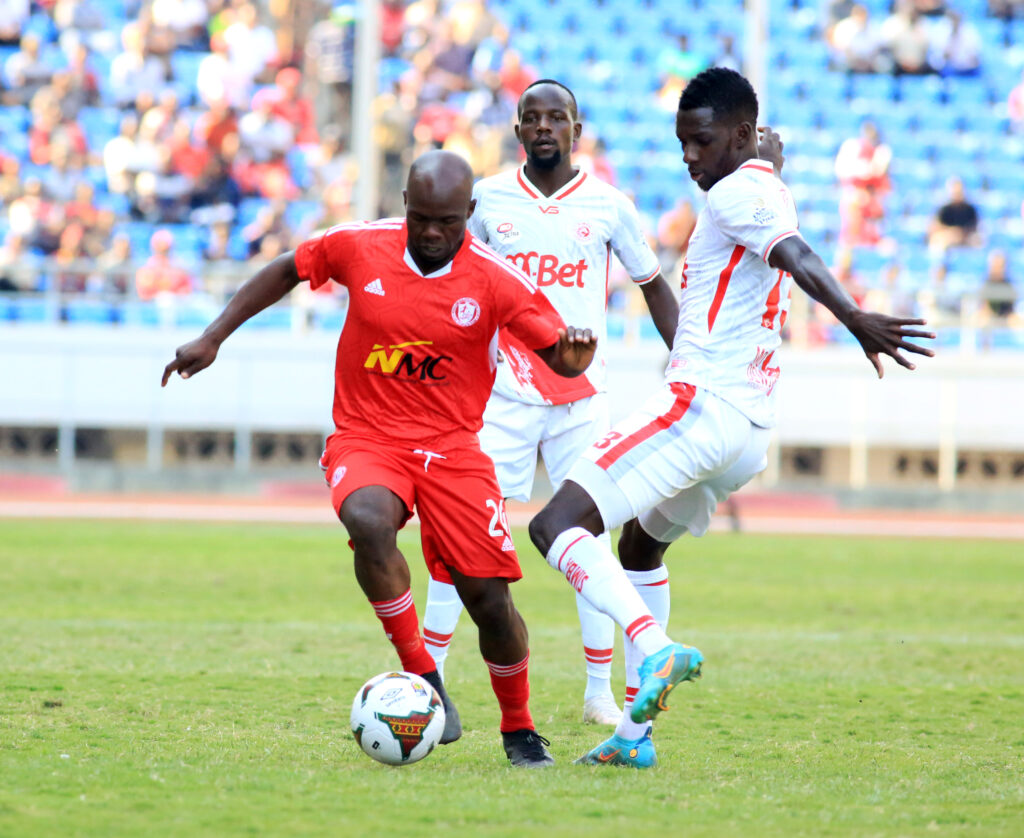 Nyasa Big Bullets will travel to Tanzania looking to overturn a 0-2 deficit suffered against Simba SC in the first leg of the CAF Champions League first preliminary round in Lilongwe on Saturday to keep our hopes of progressing to the second round of the qualifiers alive.

A draw or a defeat will surely be the end of the journey for Kalisto Pasuwa’s side. The People’s Team is trying to break the jinks of not progressing to the group stages for the fourth time in a row having been previously knocked out at the earliest stages.

We take a look at what is expected from the much-anticipated second-leg tie between the two sides at the Benjamin Mkapa Stadium on Sunday.

It is well-known that a hostile atmosphere awaits Bullets as the Tanzanian side’s fans are known to be hostile towards visiting teams, especially in continental competitions.

The Benjamin Mkapa Stadium will likely be filled to its capacity and the Malawi champions will have to brace for an unfavourable environment.

The Bullets head coach, a former Dynamos and Zimbabwe national team coach who has travelled with his troops to hostile stadiums across the continent knows what it will take for The People’s Team to come out of the Benjamin Mkapa Stadium with a result.

During the post-match press conference following the defeat at the Bingu National Stadium a couple of days ago, Pasuwa told his boys to be ready and grow “thick skin” to withstand such hostilities because “these are big games” where playing away from home has never been easy for visiting teams.

A full-on attack from the Tanzanian giants is expected as they will look to avoid a repeat of what happened to them in the 2021/22 season where they comfortably won 2-0 away to Botswana’s Jwaneng Galaxy in the first leg.

However, the Botswana champions defied odds and beat Simba 3-1 in the return leg to tie the encounter at 3-3 and this is something they will try to avoid at all cost.

The hosts will look for an early goal which could unsettle the visitors’ and hope to set up a one-sided encounter to completely put the game beyond Bullets’ reach.

Prolific Senegalese international, Pape Ousmane Sakho, who wasn’t on the score-sheet in the first leg, is expected to lead in attack through his pace which makes it easy for fellow attackers to advance into the attacking zone and score important goals.

Pasuwa has made it clear that Bullets will throw everything upfront in order for us to get something out of the match. With a 2-0 goal margin, Bullets will have everyone ready to attack from the first whistle.

However, there is also a need to balance between attack and defense to avoid further damage. What we saw from Simba SC in the first leg clearly demonstrates how tactically good the Tanzanian giants are.

When Bullets attacked in the second half, they were able to control the tempo by passing around and then switching play to the far sides of the pitch, minimizing the home side’s threat and hitting us on the counter to score their second goal which originated from their goalkeeper, thus Pasuwa’s boys will need to attack with caution.

In the first leg, the midfield was different between the two teams in which Bullets failed to counter-press and were always second on the ball.

To avoid a repeat of what happened in the first leg, Bullets need to reorganize their midfield and ensure to be the first to arrive on the ball and close their opponents in the spaces for our central midfielders to press and create spaces for the attackers.

Bullets need to do more in order for us to progress to the next round. It will never be easy to play in front of 60,000 fans and against a team which is best known for mind games.

The Malawi champions have nothing to lose apart from taking the game to Simba and anticipate a result after 90 minutes.