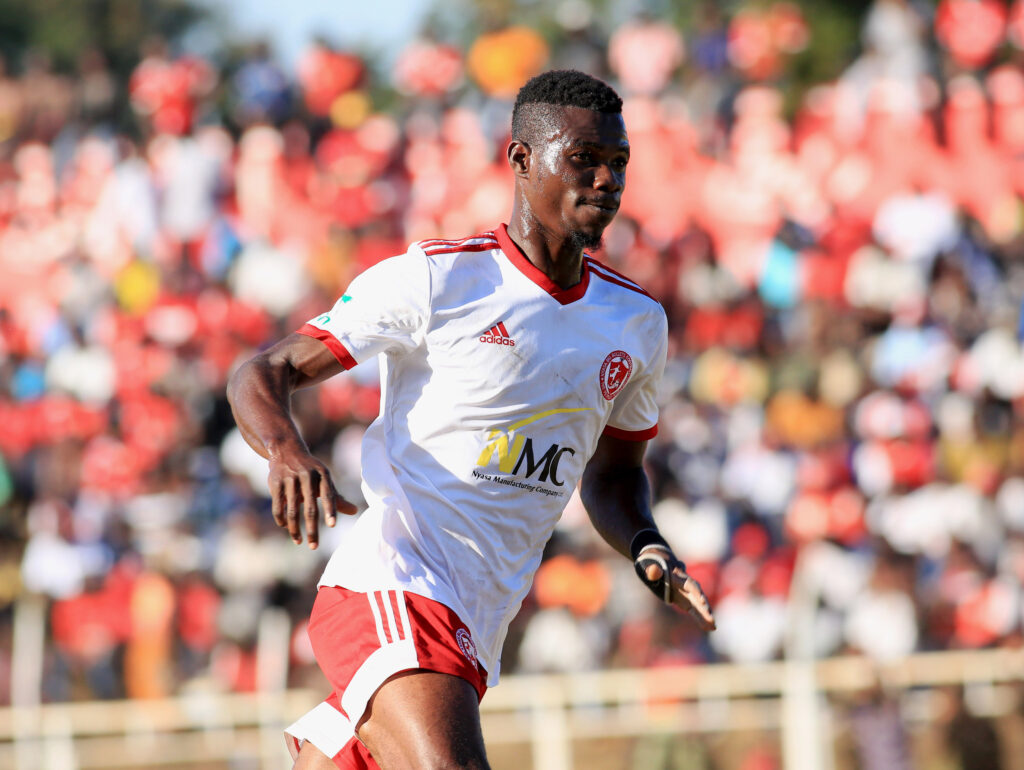 A second half strike from substitute Babatunde Adepoju inspired Nyasa Big Bullets to a hard-fought 0-1 victory over Civil Service United at Civo Stadium on Saturday afternoon, a match which was marred with controversial decisions from referee Easter Zimba.

Bullets had to sweat for the three points from a highly charged opposition, who were finding it easy to play on their bumpy and dry pitch.

Kalisto Pasuwa made two changes to the side that hammered Rumphi United 4-1 last week, with Gomegzani Chirwa retaining his place after serving a suspension whilst Nickson Nyasulu replaced captain John Lanjesi, who was rested.

First half action saw fewer chances created as both teams resorted to secondary balls due to the condition of the pitch, despite Bullets having a wonderful opportunity to take the lead in the 5th minute.

It was a beautifully constructed counter-attack when Henry Kabichi released Patrick Mwaungulu on the right flank with a perfect through ball from a setpiece, but the youngster saw his attempt from close range saved by Ernest Kakhobwe, who was facing his former team for the first time following his move at the start of the season.

At the opposite end of the field, Christopher Kumwembe got the better of Chirwa into the shooting space closer to Rabson Chiyenda’s goal, however his shot hit the side net for a goal kick.

With 28 minutes gone, The People’s Team won a free-kick meters away from Kakhobwe’s goal after Mwaungulu was fouled by Timothy Silwimba.

The victim stepped up to deliver the ball into the box, unfortunately Hassan Kajoke failed to connect for a goal kick to the home side.

After the half-hour mark, the hosts dominated possession through Bashir Maunde, Chikaiko Batison, Damiano Kunje but struggled to unlock Nyasulu’s led defence, which was very organized throughout the match.

With six minutes left to play, Bullets won another free-kick closer to the goal area, but Mwaungulu saw his shot well blocked by Civil’s defence for a corner kick which was not utilized by the visitors and that was all for the half.

Shortly after the resumption, Pasuwa made a double substitution when he brought on Babatunde Adepoju and Yankho Singo for Kabichi and Lanjesi Nkhoma.

In the 47th minute, Kajoke went close to giving Bullets a lead when his power header was tipped over the crossbar by Kakhobwe.

But four minutes after his introduction, Babatunde broke the deadlock.

A through ball from Ernest Petro to Chimwemwe Idana saw the 2020/21 Player of the Season sending a loose ball into the box and Civil’s John Dambuleni reacted slowly, allowing the Nigerian forward to capitalize and pounce with a beautiful volley over the advanced Kakhobwe.

After conceding, the hosts looked sharper as they were trying to grind their way back into the game but were coming up against a very stubborn Bullets defence.

Bullets launched another counter attack on the one hour mark through Kajoke, Petro and Idana who found Babatunde, however the striker failed to control the ball, before winning a corner kick after the ball touched Kunje before going out. However, Pasuwa’s men failed to get something out of the set piece.

Moments later, Chirwa lost possession to Katinji in a very dangerous position and the striker made a good run into the box before releasing a thunderous shot which forced Chiyenda into making a save for a corner.

The Servants were pressing for an equalizer and they should have leveled in the 78th minute when Bullets’ defence struggled to clear a long ball from Silwimba, which then landed straight at Chikaiko Batson, who did everything right to shoot at goal but Kesten Simbi was on point with a priceless clearance.

With ten minutes to go, Chiyenda called for medical attention after he collided with Kumwembe and in the course of receiving treatment, referee Easter Zimba cautioned the shot-stopper for alleged time wasting.

With 90 minutes played, Zimba added five minutes to the clock and just a 60 second into stoppage time, Chiyenda was sent off after receiving another yellow card for time wasting.

With all the substitutions used, Petro was deployed into goalkeeping position and the visitors were forced to defend the remaining minutes with one man down. Lucky enough, Civil posed no threat to Bullets and after the final whistle the defending champions collected full points at the Civo Stadium.

The win took Bullets top of the standings with 23 points from nine games, a game more than Eagles, who are playing Mighty Tigers on Sunday.