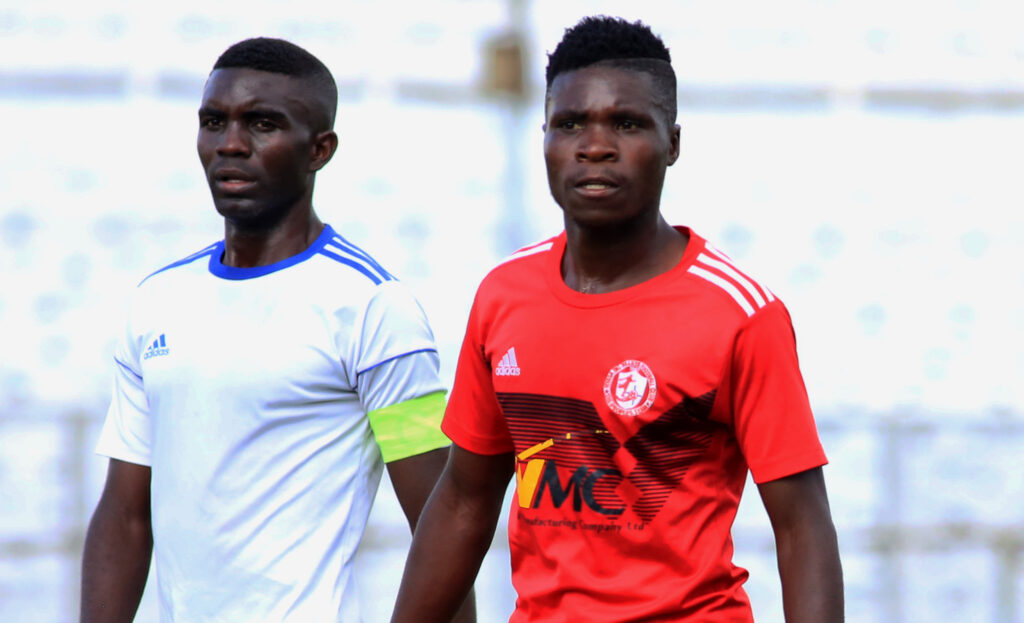 A solo strike from Emmanuel Saviel at the start of the second half gave Nyasa Big Bullets Reserves a narrow one-nil win away at MDF Marine in their closing fixture in Group 2 of the ThumbsUp Southern Region Football League on Thursday.

The defending champions were already confirmed as winners of the group prior the match but made sure they went for the full points which will inject more morale in them before they face Prison United in the quarter-finals of the competition away at Balaka Stadium on Sunday.

Chifundo Sapuwa almost gave us the lead with a dink over the opponents’ goalkeeper early in the tie but saw his effort tipped over the bar for a corner.

In our keen pursuit for the opener, we won a free-kick a few yards outside the area which Chrispin Mapemba struck well but again the hosts’ goalkeeper was alert to punch it away.

A dubious moment arrived in the 34th minute when Wongani Kaponya struck a thunderbolt which hit the crossbar and bounced on the goal line before going back into the field of play.

As the Bullets fans erupted into cheers believing the ball had crossed the line, the referee let the play continue with a different judgement.

On the other hand, the hosts had several off-target attempts but carried the same threat as ours when going forward.

The first half finished goalless but the end-to-end action it was packed with made it a highly entertaining one in front of huge numbers of fans who turned up for the Monkey Bay and Blantyre sides.

Soon after the restart, our youngsters had their breakthrough. Set through by Lyton Chinong’one, Saviel made a run with the ball into the area before scoring what was his 21st league goal of the season and our opener in the 52nd minute.

Marine started to stir in their play soon after going behind as they now began to look like a team playing at home by claiming large proportions of possession on a dry pitch they are well accustomed to.

Off the ball, the Group 2 winners showed solid organisation as their defensive balance made them impenetrable to the Mariners.

Looking to establish a safe lead in the game, Swadick Sanudi who was at the helm while Enos Chatama is away with the junior Flames, threw in his reserved weapons from his bench of substitutes. Chikumbutso Salima, Yamikani Mologeni, and Chimwemwe Yassin replaced Raphick Ndeule, Wongani Kaponya, and Chifundo Sapuwa, a tripple change that gave our spark back in the game and the youngsters should have found our second but the hosts defended quite well.

The Mariners almost leveled up but Rahman John produced a save of the season contender to let our foothold in the tie remain for the remaining minutes. What was a physical and an intriguing match ended in our favour thanks to Saviel’s solo second half strike.

It now means that Bullets Reserves have won the ThumbsUp Group 2 with 52 points having only lost twice and registered a single draw out of the 20 games they have played in the qualifying round.

It continues to be a journeying period for our youngsters, who after two weeks of away games, will this coming Sunday travel to Balaka Stadium to face Prison United in the quarter-finals of the 2022 ThumbsUp Southern Region Football League.