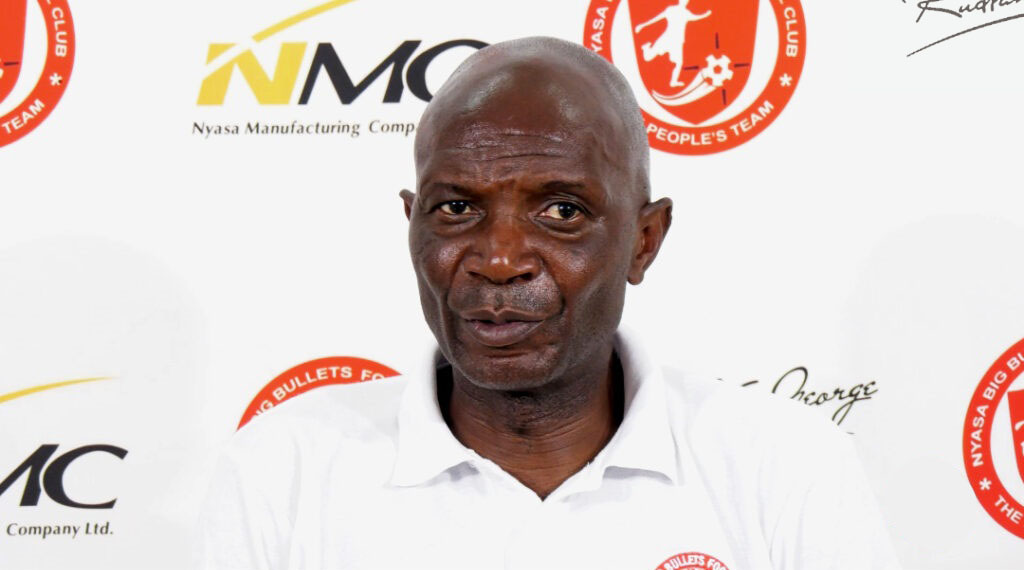 The two players have been out for several weeks attending to personal issues.

“We have Misheck who came [back]. He is raring to go. He is one boy who is fighting for a jersey. And we also have Hadji who has been training and so far, so good on him,” shared Pasuwa.

The head coach also provided an update on the current injury list and revealed that Bullets will travel to Dedza without defender Isaac Badu who is having a knock he picked during this week’s preparations for Mafco.

Midfielder Yankho Singo also remains on the sidelines as he is still recovering from an ankle injury.

Preparations for our final trip away from Blantyre

The trip to Dedza comes just a week after The People’s Team won the FDH Bank Cup final after beating our reserves 1-3 at the Kamuzu Stadium on Sunday and Pasuwa spoke about how he has been talking to his men about shifting their focus to the TNM Super League mission as Bullets are eyeing the 2022 championship.

“After the FDH Cup, we assembled the players who were not involved in that final and we rested the other guys for recovery purposes. The moment we had the whole team back, we told them to forget about [winning] the FDH Cup and focus on the league assignments and I hope everyone understood me to say we are not yet there so we need to be there.

“There is no complacency in whatever we are doing because we need to play every game until we finish off the season. As I have been preaching since day one, we can only say the league is over when it’s over.”

The log leaders, who are still unbeaten in the current season from 25 matches they have played, face a team which gave them a tough time in the first round despite winning 1-0 at home through Precious Sambani’s lone strike and Pasuwa, while saying it will be an interesting match on Sunday, anticipates a tough outing for his charges facing a military team.

“A very interesting match. Last time we played them [Mafco], we had a very difficult game because it’s a team which also plays a passing game and is very physical in terms of how they approach their game, but we will try to do our level best for us to take all the three points home.

“We have players who can survive any team that plays a physical game. We have one boy Lanjesi Nkhoma who always gives it all when facing these military teams even if they kick him, he would still come on you, so those are the type of players that we have been trying to nurture for them to suit these military teams. But also, we are not saying to those that are not very physical can’t play, they can be playing but we have been talking to them, they have seen some of the games we have been playing, especially in the Champions League against Simba, who were very physical, and I hope when we approach them [Mafco], it won’t be a problem in terms of how we fare.”

Pasuwa also opened up about challenging for and winning silverware in a season he is rebuilding the team, saying he is surprised

Bullets released several senior players and promoted several youngsters from the reserves side. The head coach openly said he expected to finish in the top four but was left surprised with how the players quickly adapted to compete for honours.

Pasuwa is on the verge of retaining the league championship for a fourth straight year on top of winning his first FDH Bank Cup which was added to the trophy cabinet on Sunday after also defending the Charity Shield at the start of this campaign.

“I don’t want to lie, the 2022 season came as a surprise to me because we revamped the whole team and we brought in a lot of youngsters who were new to top-flight football. As a coach, I was thinking to say maybe we can fight for the top four then next year we could fight for the championship, but the boys surprised me, they went all the way, especially in the first round where they did well by winning more games than how we performed last year where we were struggling to win games away from home, but they fared very well.

“In the second round, we struggled a bit by drawing at home when we thought it would be easy for us, but that’s how football is because in the first round those teams did not know the youngsters very well, but they came hard for them in the second round where we managed to collect points in a hard way, so I am happy with how my players performed.”

A win against Mafco on Sunday will see The People’s Team only needing four points to officially retain the championship from the remaining five games.

Bullets are top of the standings with 61 points, eight above the second-placed Blue Eagles, who have played a game more than Pasuwa’s side.