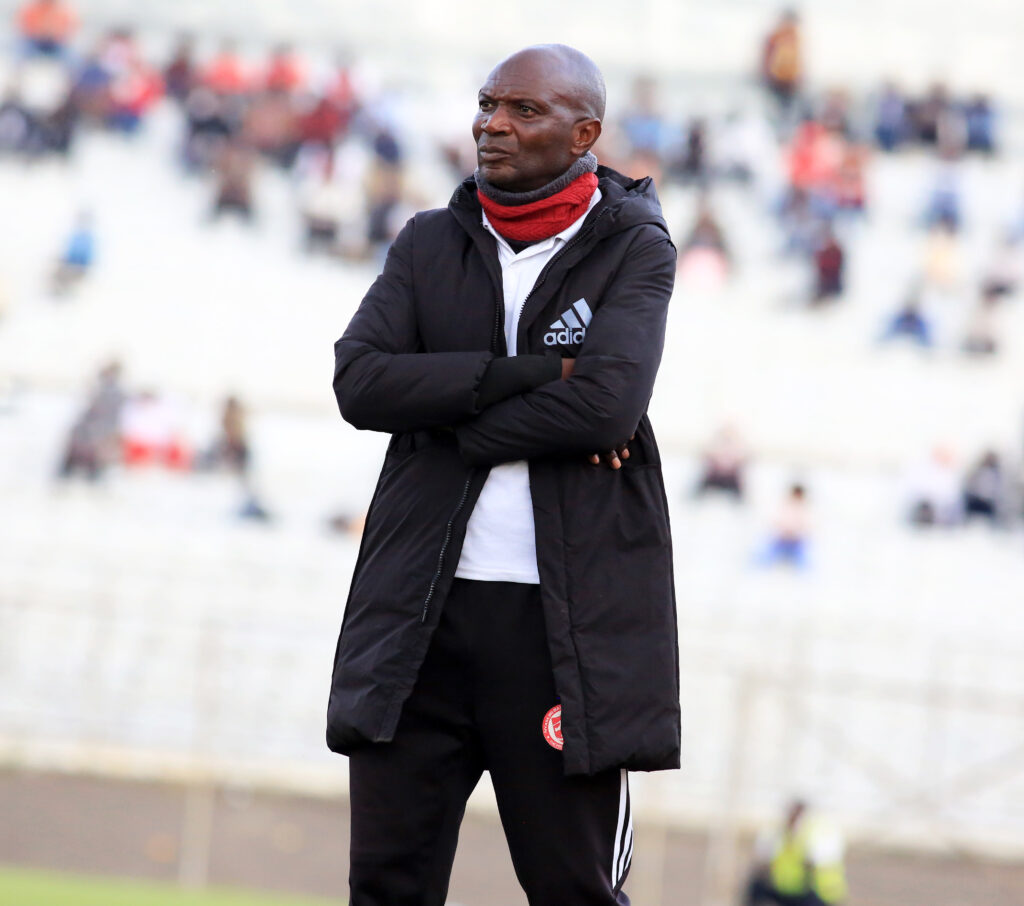 Nyasa Big Bullets head coach Kalisto Pasuwa has expressed his disappointment with the defensive performance of his side after The People’s Team conceded four goals during their 4-2 penalty shootout win over Moyale Barracks in the FDH Bank Cup round-of-16 at Kamuzu Stadium.

Bullets surrendered their lead three times in the cup thriller that ended 4-4 in regulation time.

Leading 2-0 in the opening 20 minutes through Lanjesi Nkhoma and Patrick Mwaungulu’s strikes, Bullets allowed the visitors to score two quick goals within three minutes to level the scores, before Precious Sambani’s stunner restored their lead just before half-time.

But the Lions of Kaning’ina levelled again just seven minutes into the second half to put the match at 3-3. Babatunde Adepoju got Bullets back in the lead goal in the 64th minute before another equalizer from Lesman Singini took the match to a shootout.

Pasuwa was not happy with how his defence performed throughout the match.

“It wasn’t a difficult game because we were scoring goals, but the defending part of it was very pathetic today. I have never seen this type of defending from my team and that’s why I have been telling people that we are still building a team [because with] small mistakes we are punished.

“They came here and scored four goals and any ball which was put behind our defence resulted into a goal, so we still need to do more in terms of defending. We need a lot of patience from some of the guys who crumbled when we got to the most important part of the game.”

The tactician was quick to salute his attacking players for the high-pressing football which resulted in beautiful goals.

“I think it was a good match on our part because we pressed and we scored. We did everything which is supposed to be done in football and I salute my attacking players for the way they played and scored those beautiful goals. It wasn’t a difficult match like I said earlier on, but we made things very difficult for ourselves, something which we can work on as we march on to the next round.”

The last time Bullets conceded more than two goals in domestic competitions was in December 2020 when they came from behind to draw 3-3 with Red Lions at the same venue.

Bullets will know their next opponent in the quarterfinals through a draw which will be done by the Football Association of Malawi this week.