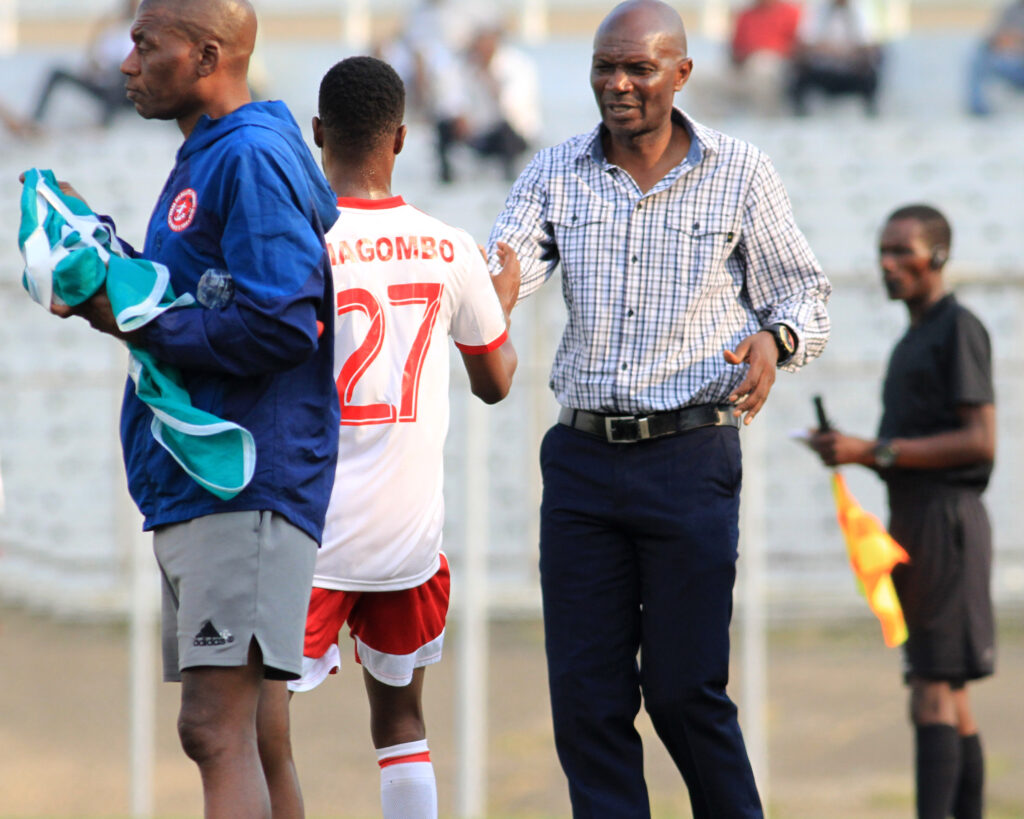 It was too much drawing three games in a row – Nyasa Big Bullets head coach Kalisto Pasuwa confessed after producing a battering 1-5 triumph in the TNM Super League over Sable Farming on Wednesday afternoon at the Kamuzu Stadium.

Pasuwa admitted he was happy again to guide his team back to winning ways coming from three disappointing draws.

A 2-2 stalemate away at Silver, a 1-1 draw against Civil Service United at home, and another 1-1 draw against Blue Eagles at home last Saturday made a worrying and awful run for the league leaders.

“Like you said before, it was pressure mounting to the boys. But on my side, I wouldn’t say it was pressure but to the boys, they need to be winning. It was too much for us going three, four games drawing,” admitted Pasuwa when asked if he was happy again to register his first win in four TNM Super League games.

It was not only a bounce-back day for The People’s Team, but for one of our players. Babatunde Adepoju’s recent dry spell saw him being dislodged from the top spot of the 2022 TNM Super League scorers’ chart by Mighty Mukuru Wanderers striker, Muhamad Sulumba, who has 14 goals. The Nigerian today struck four times to reclaim his status as the league’s leading top goal scorer now with 16 goals.

Pasuwa was prompted to open up on the striker’s recent struggles and lauded him for rediscovering his scoring feet on Wednesday.

“Baba has been having problems, he was under pressure. If you could see all the games he has been playing, making so many mistakes and it’s getting into his head. You choose the team over your accolade, we talked to him and today he was a team player. You saw when Antony Mfune came in, he was a team player, he was passing him [Adepoju] the balls and it was easier for him to have those goals coming.”

Both teams on Wednesday struggled for consistency despite displaying flashes of coherent football.

The hosts, who are fighting for relegation, were the more intent side going forward while the league leaders, who had several key players rested, were not as offensive as they are known to be but managed to ask Fletcher Jamali, Sable’s goalie, a number of questions on the break.

Michael Teteh gave the hosts the lead in the 19th minute from the middle of the area after a lapse in Maule’s backline.

A quick response was provided by the defending champions when they levelled things up through Babatunde, who headed home to make it 1-1. In the second half, the tie turned out quite differently. Pasuwa shared what he made of the match soon after the final whistle.

“A game in the first half we failed to get into the groove. We had some of the youngsters who were not playing and they were coming in into the team and we were failing to have combinations in order for us to go through all the phases of play.

“Yes, we scored, which was okay. We went again in the second half where we came good. We brought in some of the new guys, fresh legs to help change the tempo of the game and proved good. We were offensive enough to get into the opposition’s goal area.”

Now Pasuwa will prepare his men for the 2022 FDH Bank Cup final against their Reserves side this coming Sunday at the Kamuzu Stadium.