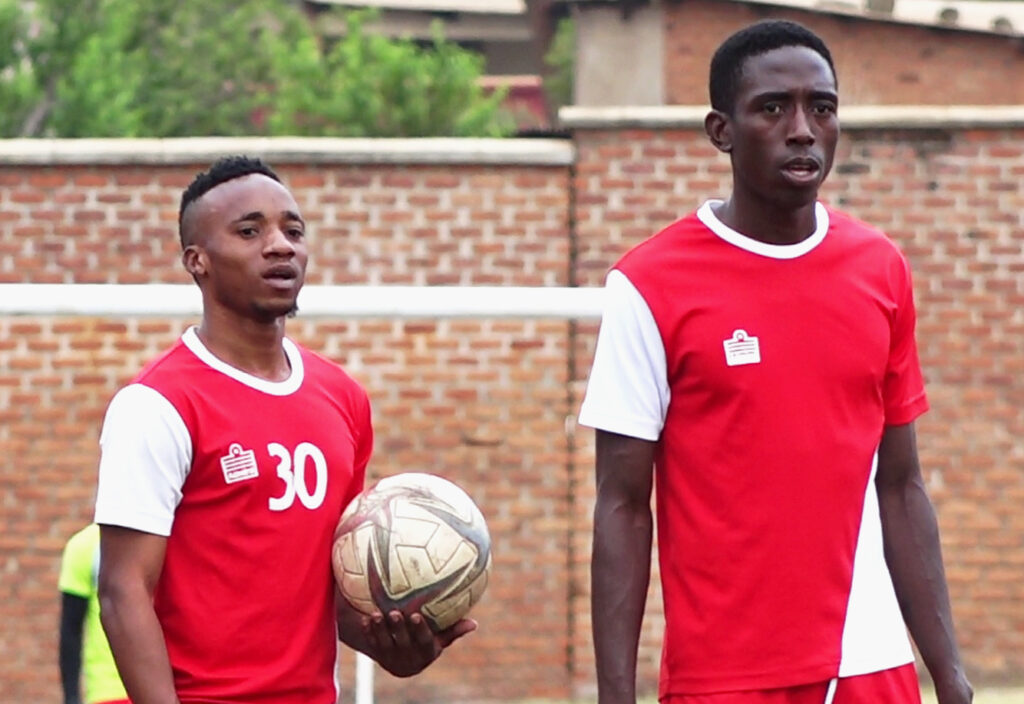 Nyasa Big Bullets have an opportunity to inch closer to retaining the TNM Super League title when they face Mafco at Dedza Stadium on Sunday afternoon.

Buoyed from the FDH Bank Cup success last Sunday, The People’s Team is only looking for four points to officially be crowned the 2022 league champions and the first step towards achieving this is to claim all the points over the Salima-based military side at Dedza Stadium.

This fixture comes on the back of a hectic October schedule, which saw the team play five league matches against Red Lions, Civil Service United, Silver Strikers, Blue Eagles and Sable Farming before facing their junior side in the FDH Bank Cup final.

It’s an important match for Kalisto Pasuwa’s men who will be looking forward to wrapping up the championship and switching their attention to the Airtel Top 8 Cup which rolls into action early next month.

Mafco dropped to position six in the standings despite beating relegation-threatened Sable Farming 2-0 last week. They were displaced by Silver Strikers who won 0-1 away to Moyale.

They have had mixed results in the top-flight league, the recent one being a 2-2 draw away to TN Stars and a 1-0 defeat to Dedza Dynamos a fortnight ago.

As for the Bullets, Pasuwa’s men are still unbeaten in the current season and are on the course of retaining the title for the fourth season in a row, adding more silverware to their trophy cabinet.

Bullets will definitely go into this match with their shoulders high and will be striving to maintain the unbeaten record and possibly start to dream of an invincible season as this will be their final away game outside Blantyre.

However, despite their clean start to the season, The People’s Team endured a frustrating period, registering three consecutive draws to Civil Service United, Silver Strikers and Blue Eagles, before bouncing back with a 5-1 demolition of Sable Farming and the 3-1 victory in the FDH Bank Cup seven days ago.

Mafco present another ultimate test to Pasuwa’s ambitions and a win at Dedza will definitely edge them closer towards fulfilling their mission of going the whole campaign without tasting defeat.

But they will have to be at their level best to overcome a side which gives them a tough battle whenever the two sides meet.

Sunday will be a day for Dedza residents to watch Bullets for the first time since the District Council reopened Dedza Stadium.

Bullets will be without defender Isaac Badu who picked up a knock during training this week.

Yankho Singo is another player on the sidelines as he continues to recover from an ankle injury.

But Pasuwa will welcome back defender Hadji Wali and winger Misheck Seleman, who have been out of action for several weeks attending to personal issues.

A lone strike from Precious Sambani handed Bullets a hard-fought 1-0 victory the last time they hosted Mafco at Kamuzu Stadium in the first round of this campaign.

It was an entertaining match as the two teams showcased a lot of qualities in passing, attacking and defending. Bullets however had an upper hand in creating so many chances but failed to capitalize on and score more goals.

Since 2010, the two teams have met 21 times, with Bullets registering ten wins, ten matches ending in draws and Mafco having one win over The People’s Team.

The only season in which they didn’t play each other was in 2019 when Mafco was playing in the Chipiku Central Region Football League following their relegation.

Bullets did a double over the soldiers in the 2010 season when they beat them 4-3 at Kamuzu Stadium before a 0-1 win away at Chitowe in the reverse fixture.

In 2011, the two teams played a goalless draw in the first round before they also shared a point apiece with a 1-1 draw in Dwangwa.

The following season saw Bullets collecting four out of the possible six when they beat the soldiers 0-2 at Chitowe before a 2-2 draw in the final fixture at Kamuzu Stadium.

Mafco got the better of Bullets in 2013 when they won 2-0 at Chitowe and played to a goalless draw at Kamuzu Stadium in the reverse fixture.

2014 saw the two sides sharing points with 1-1 draws in the two fixtures.

But Bullets collected six points in the 2015 season when they registered 1-0 victories over Mafco in their two meetings.

Bullets beat Mafco 2-0 in the first-round match of the 2016 season and forced them to a 2-2 draw at Chitowe.

The People’s Team then won 1-2 in the first-round match of the 2017 season at Chitowe but they failed to beat the soldiers at Kamuzu Stadium as the match ended goalless.

2018 saw Bullets claiming a double again when they hammered the visitors 3-1 at Kamuzu Stadium and 0-1 away at Chitowe in a season in which the soldiers got relegated from the top-flight league.

They met again in 2020/21 when the Salima-based side returned to the TNM Super League and the two matches ended 0-0 and 1-1.

In the current season, Bullets won the first-round tie 1-0 at Kamuzu Stadium.

Paul Ndhlovu (Mafco): Defence wins you matches, and the captain has been a revelation throughout the 2022 campaign with his no-nonsense approach to matches. Ndhlovu is known as a calm presence at the back of the soldiers where he has nullified many threats, but an underrated part of his game is his ability to initiate attacks straight from a defensive situation through his accurate long passes that can stretch defences, creating an advantage for Mafco attackers.

Ernest Petro (Bullets): Very underrated but his absence is always felt. He is the kind of modern-day midfielder, who is good at recoveries and creating spaces for his attackers. Whenever Ernest Petro is playing, Bullets is assured of creating lots of goal-scoring opportunities through Chimwemwe Idana, who is now allowed to attack as the midfield is always well covered by the number 10. He is one to watch and is likely to play a vital role on Sunday.