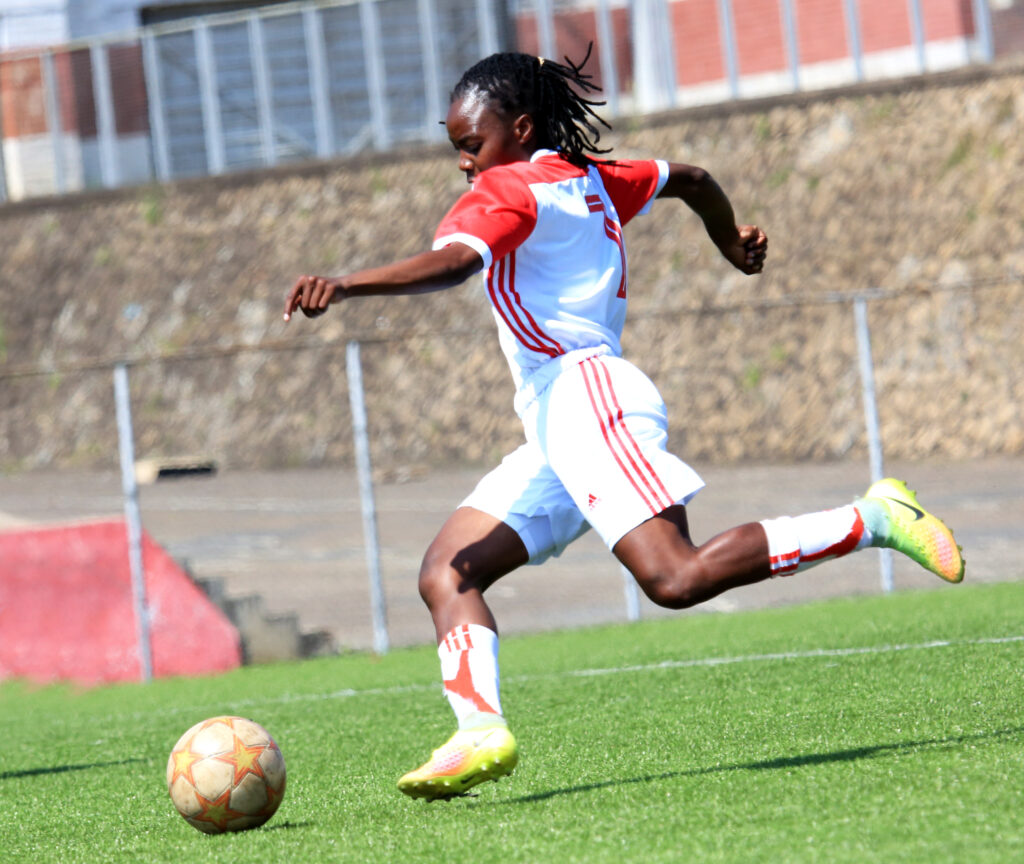 In a largely one-sided affair, Nyasa Big Bullets Women continued their impeccable start to the FAM Women’s League following their 7-0 rout over Evirom at the BAT Ground on Monday afternoon.

Bullets ladies were unforgiving in the opening minutes of the game as they managed to find the back of the net five times inside the first 15 minutes.

Midfielder Vanessa Chikupira opened the scoring in the 5th minute and scored her second six minutes later to sandwich Tendai Sani’s goal which came in the 8th minute.

With the game still tender in momentum, we were three nil up but there was no letting up for the Maggie Chombo-Sadik side.

Our leading top goal scorer, Mary Chabvinda, got herself on the score-line with a perfect finish in the 14th minute before Chikupila completed her hat-trick a minute later.

The 19-year-old defender, Bernadette Mkandawire, is rarely on the score-line but on the day, she got our sixth goal just a minute before the break.

After their first-half dominance, it looked like the Bullets Women would double their tally in the final chapter of the game. It wasn’t to be. Evirom began to say they had enough by putting up an improved performance to halt the free-scoring Bullets.

The second half was quiet, except for Chikupila’s goal in the 73rd minute, it had little to offer.

Probably assured her team had buried the game, Chombo made four substitutions in the second half to give some fresh legs to taste the game.  Pilirani Malora, Chimwemwe Sapangwa, Charity Phiri and Fauza Mohammad were replaced with Caroline Majamanda, Sharon Dzimawu, Chabvinda and Sani.

In a game Bullets ladies would have won with over a dozen of goals; head coach Maggie Chombo was left to rue the missed chances in the 7-0 Evirom thrashing.

“The girls still need to up their game. Despite the ground not being good and up to the standards, there was some laxity among our players, especially in the dying minutes,” Chombo said after the match.

This was Bullets’ first game after their two-week break that followed the selection of its six key players to the Scorchers squad which participated at the 2022 COSAFA Women’s Championship in South Africa last month.

Having scored 51 goals in four games, Bullets Women have a 50-goal advantage over Evirom.

Ntopwa FC, who are the current FAM Women’s League leaders, have a three-point lead over us after going unbeaten for the first five matches they have played so far.

After this win, our ladies will be hoping for a win in their remaining game-in-hand over Ntopwa. If they win, it will mean they will take back the throne in the FAM Women’s League.