Rahaman John: Bullets Reserves’ goalie with a sleight of hands 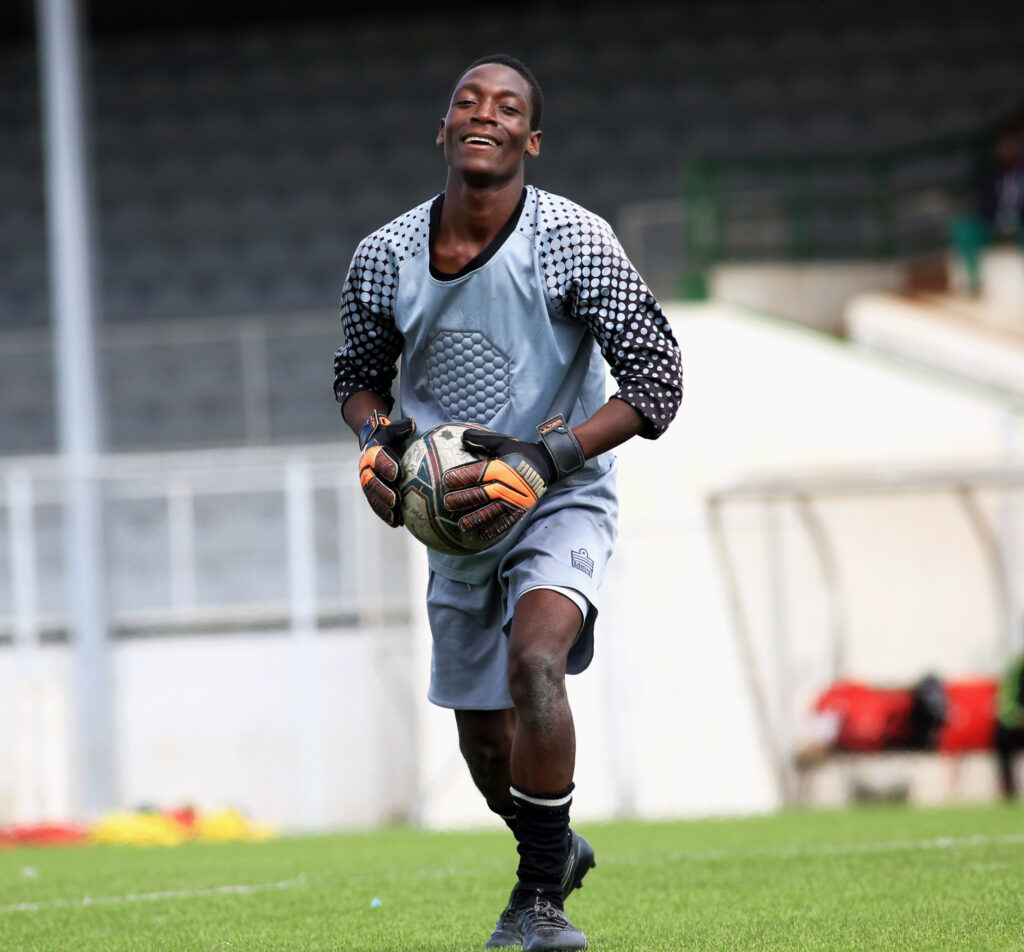 At the height of 1.5m, Rahaman John is the shortest of the three goalkeepers in Nyasa Big Bullets Reserves books. But his wee stature never prevents him from asserting himself as the clear-cut number one goalkeeper between the posts for Enos Chatama’s young Bullets.

What he lacks in height, he makes up with his sleight of hands which is allied with excellent anticipation, judgement, positioning, and organisation.

Last Sunday at the Balaka Stadium, Rahaman stopped a penalty in the shootouts to inspire the Reserves to a 4-3 victory over Zomba Air Base in the Nyasa Capital Finance Cup launch fixture.

And his penchant for stopping penalties increasingly demands more attention.

In July this year, Rahaman, emerged hero in the Reserves’ monumental victory over the TNM Super League outfit, Mighty Waka-Waka Tigers in the round of 32 of the FDH Bank Cup. Not only for scoring the winning penalty kick, but also for saving three penalties to ensure that his side progressed through to the next round. And this is not the only reference time-saving skills that have been displayed in high-profile matches.

Back in 2018, Rahaman, then only 19 years old and in the books of the now defunct Hangover United, also put up a heroic performance in a penalty shootout when he stopped two post-match penalties to wow the TNM Super League side, Moyale Barracks, and sent his side to the quarter-finals of the Carlsberg Cup.

The year that followed, in the round-of-16 of the FISD Challenge Cup, Rahaman also saved two penalties against Mighty Tigers to help Hangover set up a quarter-final tie against Mighty Wanderers whose reputation as ‘Cup Specialists’ was well-earned, then.

Up against the Nomads, it was a stern test of Rahaman’s nerve at the big stage again. Nonetheless, he passed with flying colours.  The young Rahaman produced a staggering save after save performance to deny the Nomads’ striking force which was led by the vastly experienced Zicco Mkanda. The young goalie was able to protect his side’s 2-1 lead until the final whistle. Hangover were through to the semi-finals of the Cup and more than the scorer of their winner, Rahaman was the man lauded the most for this feat.

Born in Chipala village of T/A Mphonde in Khotakota, Rahaman spent his early adolescent years playing for Dwanga United in Lower Estate leagues. In 2018, the net-minder moved to Hangover, a Blantyre-based side playing in the Premier Division, Malawi’s second tier. There, he went on to play a total of 42 games in all competitions and racked up an astounding number of clean sheets, 25.

His outstanding performances at Hangover had forced Chatama, Bullets Reserves’ head coach, to establish a close following of Rahaman. On 30 August 2021, after spending six months assessing him on trials, Chatama signed the talented diminutive goalkeeper.

In his debut season, battling for a starting place between the posts with Clever Mkungula, now the senior team goalkeeper and Malawi Flames’ international; Rahaman made only 15 appearances, but impressively recorded a number of 10 clean sheets.

Something that says a lot about the unique quality Rahaman is endowed with, is Chatama choosing to start him when the Reserves clashed against their seniors, Nyasa Big Bullets, in the FDH Cup round-of-32 last season.

After a gruelling 1-1 draw, this historical match went straight to penalty shootouts, and again Rahaman was in his spiderman’s mood as he saved a Stanley Biliati strike from the spot. Unfortunately, his one penalty save was not enough to prevent his side from being ditched out of the competition as their seniors were 5-4 winners on the day.

At the beginning of his career, the left-footed Rahaman started as a striker and that is why Rahaman is not only a terrific shot-stopper but a good fielder of the ball as well. This is what modern football demands from a goalkeeper today and no wonder he suits well with Chatama’s philosophy of wanting to build up play from the back.

“I know I lack in height and to take or cut aerial balls I must always produce a sharp take-off.
I have to be precise when reading the direction of the ball to insure I reach it or keep it away
from danger. My timing and judgement are what help me to defy the challenges that might
be there for me in the air.

“When it comes to penalties, I have to put together a number of things to stop them. First I have to read the penalty taker which includes the language of his legs.”

In comparison with the goal custodians to have put on the red and white shirt of Maule, Rahaman John can be likened to Navigator Dzinkambani or the now senior team first-choice goalkeeper Richard Chimbamba, thus in technic and stature.

As he keeps racking up accolades with the Reserves, Rahaman has also made known his
career ambitions and it’s more than looking for the first team promotion.

“I don’t want to finish at this level. I want my career to continue and take my game abroad
for professional football,” says Rahaman, whose idol is the Cameroonian goalkeeper, André
Onana Onana, who now plays for the Italian Seria A club, Inter Milan.

What they say about him

Former Nyasa Big Bullets and Flames legendary goalkeeper, Swadick Sanudi, is into his first season as the goalkeeper’s coach at our junior level and his remarks on Rahaman make up an insightful approval.

“Rahaman is a hardworking, committed, and ambitious goalkeeper. He is not that tall but his technique of catching high balls without dropping them is outstanding. His height somehow gives him an advantage in mobility and reaction.

“To talk about his penalty-stopping skills, Rahaman has developed quick feet and can dive following the ball and not just guessing which direction to dive. It is a skill that needs a lot of speed and a special technic. Although most of the coaches prefer taller goalkeepers, Rahaman has a bright future. All he can do is to keep on working hard, good performances will not let him down.”

The player’s agent, Mike Ndala describes Rahaman as a flexible goalkeeper of excellent technical ability and talking about his penalty-stopping ability he says, “If you have Rahaman in goals and a match goes into penalty shootouts, you are assured he will catch at least one.”

Should Rahaman’s development continue steadily, it is just a matter of time before he is ready to assume the mantle from the first-team goalkeepers.

Given the imperious form that Rahaman has enjoyed this season, Chatama will be hoping that the young goalkeeper will be at his best as well when the Reserves face their seniors in the 2022 FDH Bank Cup final set to be played next month.

PrevPreviousBullets Reserves ignite quadruple dream
NextPasuwa: Everyone should be ready to playNext