We don’t expect an easy ride – Pasuwa on Civil 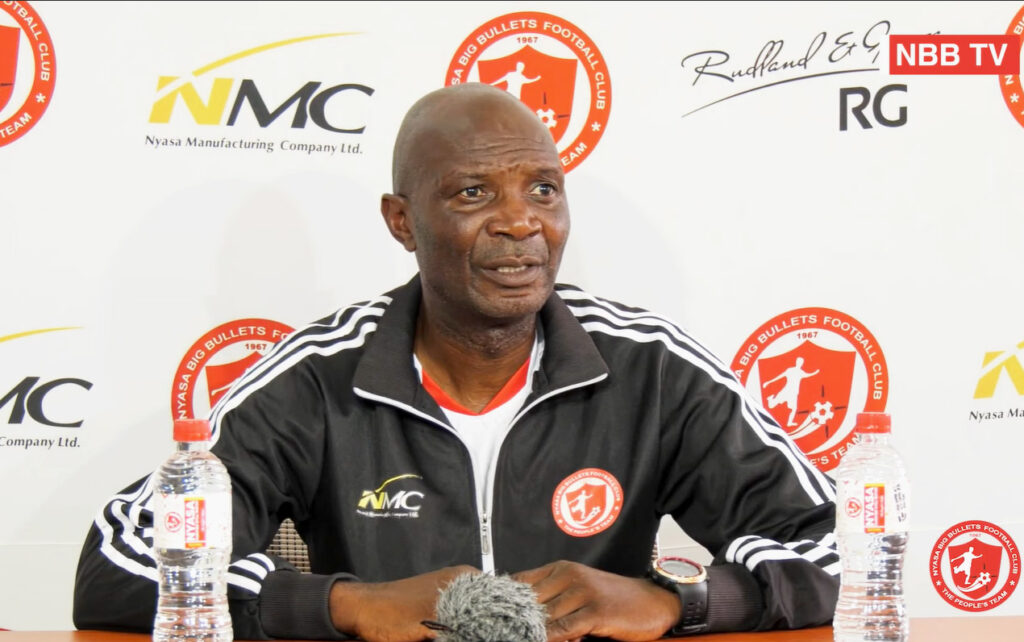 Nyasa Big Bullets coach Kalisto Pasuwa has once again advised his players to anticipate tough opposition when his side travels to Lilongwe to face Civil Service United in the TNM Super League on Saturday.

For the fifth time this season, the defending champions will play away from home, just a week after returning from Northern Region where they played two games, drawing 0-0 against Karonga United and a 1-2 victory over Moyale Barracks.

On Thursday, speaking during a pre-match press conference, Pasuwa warned his charges to anticipate a highly charged team, reminding them that any game against Bullets is like a cup final regardless of the opponent.

“We are facing one of the perennial campaigners, one team we can’t underrate. As Bullets, we have prepared well as you know that teams do struggle when they play other teams, but when playing us, it’s like a cup final and I have reminded my players to expect a very tough match from Civil.

“We have also been working on the mentality aspect of our preparations, encouraging the boys to be winning these away games despite us anticipating very determined teams that always have a point to prove when they host us,” said Pasuwa.

The tactician, who has extended his stay at Bullets after signing a three-year contract this week, continued pleading for patience, reminding Bullets faithful that he is building a new team full of youngsters and that sometimes results won’t be guaranteed.

“Remember we traveled to Civil last year with a team which was disbanded after the end of the season and we started to build a new team full of youngsters from our Reserves and some which we bought to strengthen the team.

“As a coach, I wouldn’t put too much pressure on the youngsters by telling them to go and win games because it’s a process which we have just started and when we play games we will have to accept any result. But [that said] as Bullets we will be trying our level best to come out with results and all I can ask from everybody is patience,” he added.

The three-time TNM Super League winning coach also took time to hail his youngsters for performing beyond his expectations in a season where the majority of the players were promoted from the junior side.

“So far so good from my players, who have performed beyond expectations because we thought we would struggle to cope with the youngsters especially when playing away games, where mostly we play second balls, but the boys have adjusted well and the more they play games, the more they keep on improving and with what I have seen, the best is yet to come from this team.”

Providing an injury update ahead of the trip to the Capital, Pasuwa highlighted: “We have been training with all the registered players [except Blessings Mpokera and Alick Lungu who are in Turkey] from which 20 will be selected to do the job in Lilongwe and we will have our final session once we arrive in the Capital City.”

Having missed last week’s encounter against Rumphi United due to suspensions, Pasuwa confirmed that forward Babatunde Adepoju and full-back Gomezgani Chirwa will be available for selection, but said they will have to be at their level best to compete for positions after the team’s ruthless performance last weekend, thrashing Rumphi 4-1.

In their absence, Hassan Kajoke replaced Babatunde and scored two goals while Precious Phiri came in for Chirwa and performed well as a right wingback.

“At Bullets players compete for a position. It’s a plus for us to have them back, but they have to fight for their positions because the players who played on their behalf last week did a very good job and we can’t just throw them away. It’s good to have depth, but every player has to fight for a position in the team,” pointed out Pasuwa.

The last encounter between Civil and Bullets ended 2-1 in favor of champions, who have had a very good record over the government-sponsored team for the past decade.

The People’s Team is second on the table with 20 points from eight games, two behind early pacesetters Blue Eagles, who have 22 points from the same number of games.

Pasuwa’s side has scored 15 goals and conceded four in the matches played so far in this campaign.

Babatunde, Chimwemwe Idana and Hassan Kajoke have netted three goals each for the 15-time league winners.