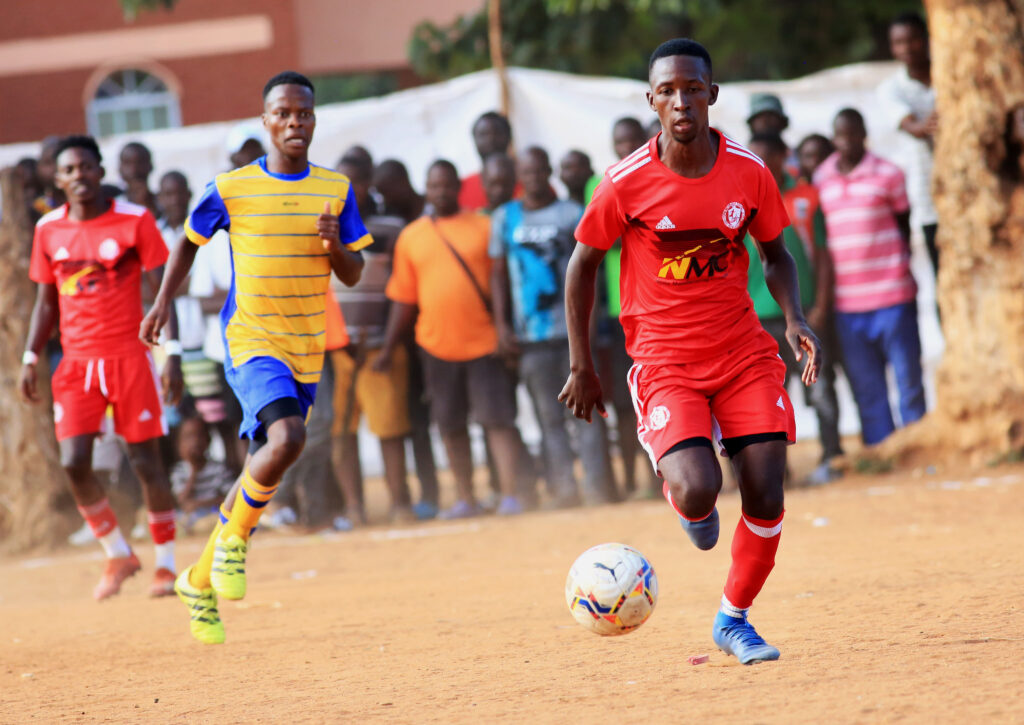 Nyasa Big Bullets Reserves’ three-year unbeaten run in the Southern Region Football League has come to an end after they lost to debutants Ntaja United at Michongwe Ground on Saturday afternoon.

Coach Enos Chatama’s charges had picked up three consecutive wins in the 2022 campaign before their away meeting with the Machinga-based side.

With a bumpy and dry pitch, Chatama’s boys had to endure a frustrating start to the game as they struggled to play their usual passing game against a side which is very used to playing on a bare ground.

The Reserves were forced on the back foot as they were made to do most of the defending early on in the encounter, with the hosts starting off as the brighter of the two sides.

Young Bullets had an opportunity in the 14th minute when Emmanuel Saviel got to the end of a looping cross into the box by Chikumbutso Salima, but he was late to arrive as he allowed Bright Medson to put the ball to safety.

The contest remained a tight one, with neither side letting up in the middle of the field, while opportunities snuffed out around the final third at both ends.

Ntaja were determined to register their second win in the league at the expense of the defending champions, who were finding it very difficult to raise their tempo.

The hosts, who lost to Bullets Reserves 1-0 in a friendly match at the same venue a couple of weeks ago, were able to break the deadlock in the 21st minute through Desire Mailosi, who volleyed past Rahaman John following a communication breakdown between Andrew Lameck and Happy Nkhoma in the middle of defence.

Moments later, Nelson Meleka got the better of Yamikani Mologeni before releasing a thunderous shot which hit the upright before going out of play for a goal kick.

Chatama had to bring on board Macray Chiwaya for Felix Dumakude to try to improve his midfield which was struggling to hold on to the ball and create spaces for the attacking trio of Savieli, Wongani Kaponya and Salima.

Ntaja headed into the break with a slim advantage as Bullets failed to come back into the game in the opening half.

Determined to keep their chances alive, Bullets Reserves were the brighter of the two sides as they emerged from the tunnel.

Chatama’s men had several opportunities to level, but playing under pressure made it very difficult for them to find the back of the net.

An intense second half ensued, with the visitors spending the majority of the half in the offensive zone, however the home side defended with everything to frustrate the defending champions.

Bullets’ pursuit for an equalizer was fraught with misfortunes as Saviel, then Chimwemwe Yasin, both failed to find the target, before another miss from Kaponya inside the penalty box.

Chatama then introduced Alex Tsamba for Yasin to try to improve his attacking options.

And in the 73rd minute, Salima decided to take things into his hands when he dribbled past three Ntaja United defenders and found himself in the penalty box, but was brought down and instead of being awarded a penalty, the referee surprised the visitors when he awarded them a direct free kick to the disappointment of Chatama’s led panel.

Salima stepped up but his shot was deflected for a corner kick which Saviel failed to connect to the relief of the home team.

Saviel was then replaced by Crispin Mapemba, but things could have turned worse for Bullets Reserves when Blessings Malemia released Meleka to the right flank and the forward did everything right to hit the ball at goal only be denied by John, who produced a brilliant save to deny the hosts another goal.

Towards the end of the match, Lameck suffered an injury and was replaced by Mussa Bwanali, but it was too late for the Bullets to find the back of the net as they registered a league defeat for the first time in more than 20 games.

The last time Bullets Reserves lost a match was in 2019 when they went down 2-1 to Naming’omba FC.

The result means Bullets Reserves are still top in Group 2, with 9 points from four games and their next assignment is a home tie against MDF Marine on Monday.