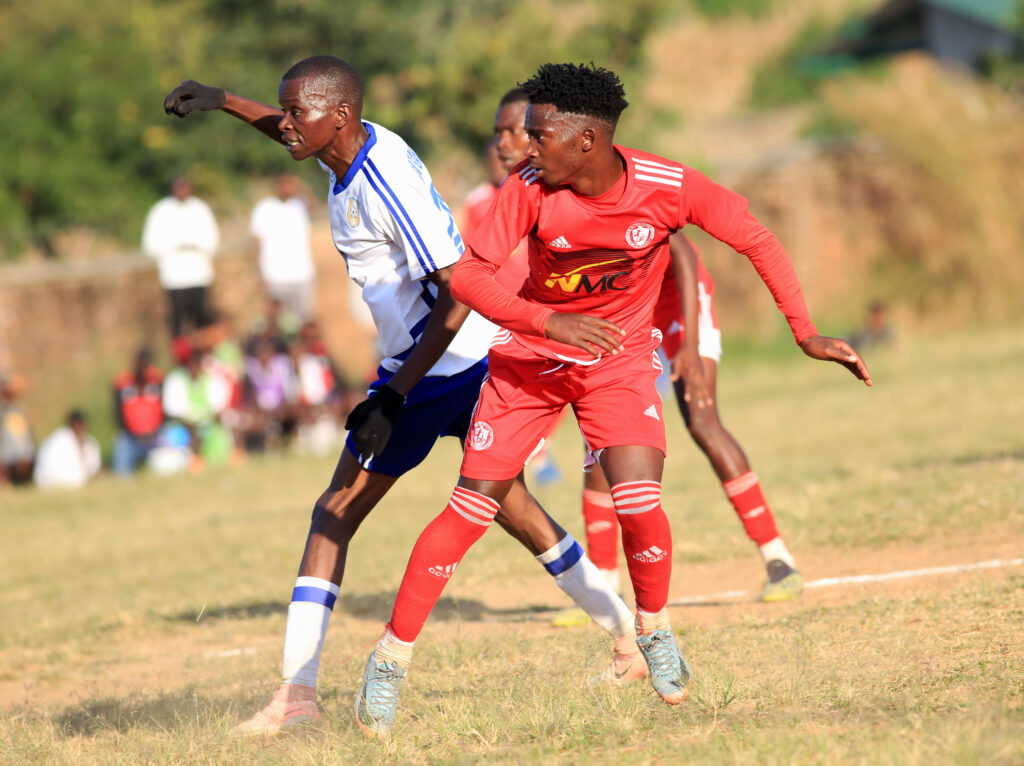 Nyasa Big Bullets Reserves maintained their grip at the top of the Southern Region Football League Group 2 when they hammered Neno Giants 3-0 away at Neno Community Center Ground on Sunday.

The intent was evident early on, as they placed the home side under immense pressure in the opening exchanges, with Chikumbutso Salima keeping the defence on their toes on the left.

Salima combined well with Emmanuel Saviel in the 17th minute, but a good save from the home side goalkeeper Grant Mulela denied the visitors an early lead.

Coach Enos Chatama pulled out Alex Tsamba in the 23rd minute for Crispine Mapemba to improve his attacking options especially from the right wing where Bullets struggled to unlock the hosts’ defence.

After a lengthy patience game, the opener eventually came just after the half-hour mark when Joseph Mwale handled the ball inside the penalty box for Saviel to convert from the spot, 0-1.

Bullets Reserves pushed for a second late in the first half as Lyton Chinong’one attempted to sneak behind the defence, only to be caught by the offside trap on more than two occasions.

With three minutes left to play, the hosts almost equalized when a cross from Cotton Miles found Precious Kumaso, who produced a powerful header past the advanced Rahaman John but was just very unfortunate as the ball missed the left goal post with just an inch and that was all for the half.

In the second half, Salima was again in the thick of things as the winger continued causing problems for the defence, along with Saviel and Macray Chiwaya.

A brief lull in play was interrupted by a magical moment from Salima, who made a brilliant run from the left flank before sending a dangerous ball into the box to Chiwaya, who connected well inside the penalty box to make it 0-2 in the 58th minute.

Richard Mavutula and Hassan Kaisi were introduced in the 62nd minute for George Zintha and Wilson Kazembe.

In the 63rd minute, Saviel defied the force of gravity as he went high with powerful header from Salima’s corner kick, however the forward was denied his second goal of the day with the ball hitting the upright.

At the other end, Alinafe Ludaviko had his eyes set on goal but his brilliant shot on the edge of the box missed John’s left goal post with an inch, closest they came into the half.

The hosts were slowly finding their rhythm and they should have had a goal in the 76th minute through Miles, who saw his long range shot well saved by John for a corner kick.

With ten minutes to play, Bullets Reserves launched some series of attacks through Saviel, Felix Dumakude and Salima, but Mulela was very outstanding between the two sticks.

It could have been 3-0 soon after that when Salima’s powerful long range shot was saved by Mulela, who then denied Saviel into adding his second from the rebound.

Mulela was at it again in the 86th minute when he came to Neno Giants’ rescue with another save, this time around using his legs to block Salima’s shot.

However Mulela couldn’t do anything to prevent a third goal when Salima managed to beat an offside trap before setting up Chinong’one, 0-3.

In the end, Chatama’s side collected maximum points to cement their position in Group 2 with 18 points from seven games.