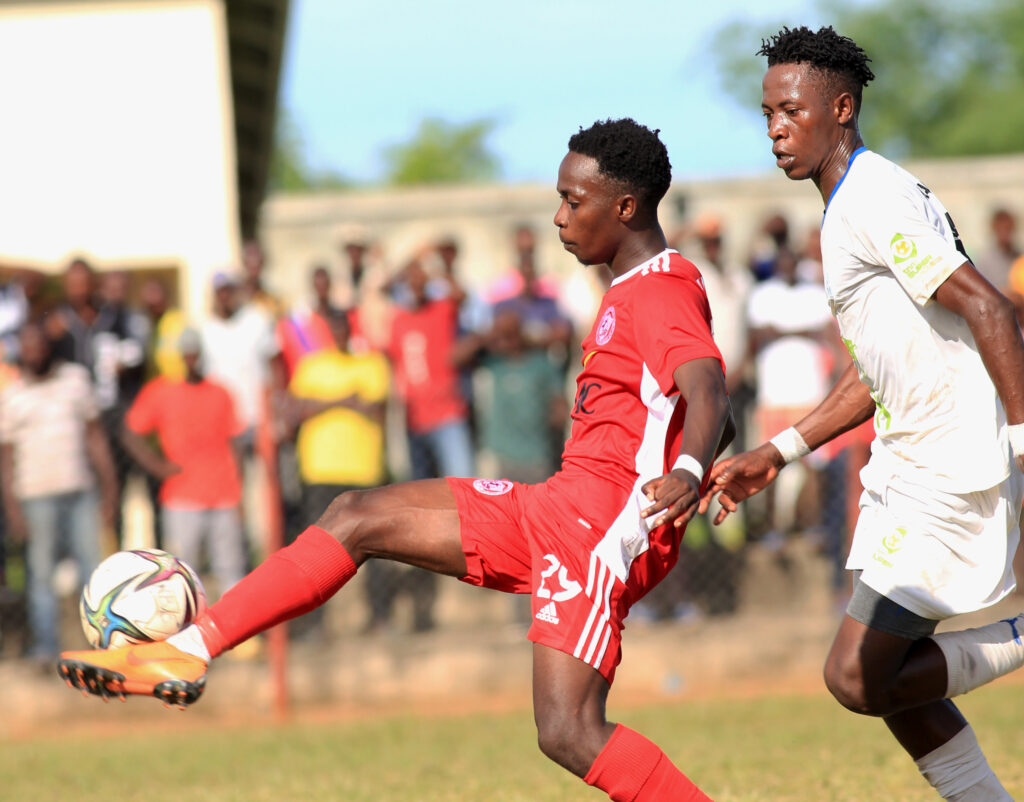 Kalisto Pasuwa made a single change to the side that won 1-0 over Mafco when he replaced Henry Kabichi with Ernest Petro, who was making a comeback after recovering from an injury he sustained three weeks ago.

Bullets started the game on the front foot, putting the hosts under pressure in the opening 25 minutes of play.

Despite their dominance, the visitors were unable to fashion many chances, with their first noteworthy chance coming in the 12th minute as Lanjesi Nkhoma forced Karonga United goalkeeper Yona Milanzi into action with a hopeful but weaker shot outside the 18-yard box.

The visitors got back with a chance of their own five minutes later, but it came to nothing as Dan Godfrey drilled a left-footed shot over Rabson Chiyenda’s goal.

In the 16th minute, Babatunde Adepoju got the better of Bob Longwe to the far right and sprinted into the attacking zone before making his way into the box to release a shot that beat Milanzi in the line of duty only to be denied by the post to the relief of the home team.

The People’s Team was pressing from all angles and nearly scored broke the deadlock in the 24th minute when Nkhoma delivered a brilliant pass to Idana, but the midfielder’s shot went wide from close range.

Bullets thought they had scored a goal in the 32nd minute when Idana’s shot freekick to Patrick Mwaungulu found Adepoju unmarked and made a simple tap in only to be denied by the second assistant referee for an offside call.

The visitors were under siege in the 37th minute when Sherrif Shamama was set through by Josiah Duwa, but the forward was quick to make a decision and fired over the crossbar when his friends were steady and ready inside the box.

The final chance for Bullets in the opening period fell through to Precious Sambani from a corner played by Mwaungulu, however the fullback had his header over the bar.

After the recess, Pasuwa made a tactical change as he withdrew Mwaungulu and Nkhoma for skipper John Lanjesi and Hassan Kajoke.

This meant Gomezgani Chirwa was moved to the right wing, with Kesten Simbi switching to the right side of defense.

The changes seemed to have affected Bullets, who struggled to maintain their first half form, with most of the balls in the midfield going to their opponents.

Nyambose made a change for the visitors as he brought on Lackson Sangano for Victor Chirambo as he tried to improve his striking force, which seemed to be struggling against Nickson Nyasulu’s led defence.

Twice within the space of five minutes the hosts threatened Bullets goal, but their front men were not clinical enough to capitalize on their counter-attacking football.

This forced Nyambose to make another change in the 57th when he brought in Khumbo Msowoya for Godfrey.

It was Bullets who regained back control of the midfield through Yamikani Fodya, Idana and Petro.

The champions continued to prod and probe, and very nearly got the breakthrough they were looking for in the 58th minute after Sambani found the advanced Chirwa inside the six-yard box, but the Bullets no.15 failed to connect home with only the shot-stopper to beat.

With pressure mounting on the home side, players resorted to plan B as they started applying unnecessary delaying tactics, resulting into too many stoppages.

Chirwa was cautioned in the 64th minute following a challenge on Longwe.

In the 70th minute, Nyasulu failed to close down Duwa, who delivered a very dangerous cross into the box to force Chiyenda to spill the ball back into the danger area, fortunately the defence was alert to the danger, clearing the ball up field.

The hosts were slowly gaining momentum through Msowoya on the right flank and should have produced something out of nothing when the experienced forward created shooting space for Sangano, who shot wide off Chiyenda’s goal post.

The home side earned a free-kick in a good position in the 80th minute, just 25 yards outside Bullets’ goal area. Duwa stepped up and delivered a brilliant ball at goal to force Chiyenda out of his comfort zone and produce a fantastic save to the relief of the visitors, who survived the scare.

Pasuwa brought in Anthony Mfune for Babatunde Adepoju, who was struggling with a knock, whilst Jabulani Nyirenda replaced Shamama for the home team.

The remainder of the half failed to produce any real goal-scoring chances as both defences held firm and the spoils were shared at Karonga Stadium.

The result means Bullets are still second on the table with 14 points from six games whilst Karonga United are stuck in the bottom three with four points from the same number of games.

Bullets’ next stop will be Mzuzu Stadium to play Moyale Barracks, who were hammered 3-1 by Mafco at Chitowe Stadium on the same afternoon.