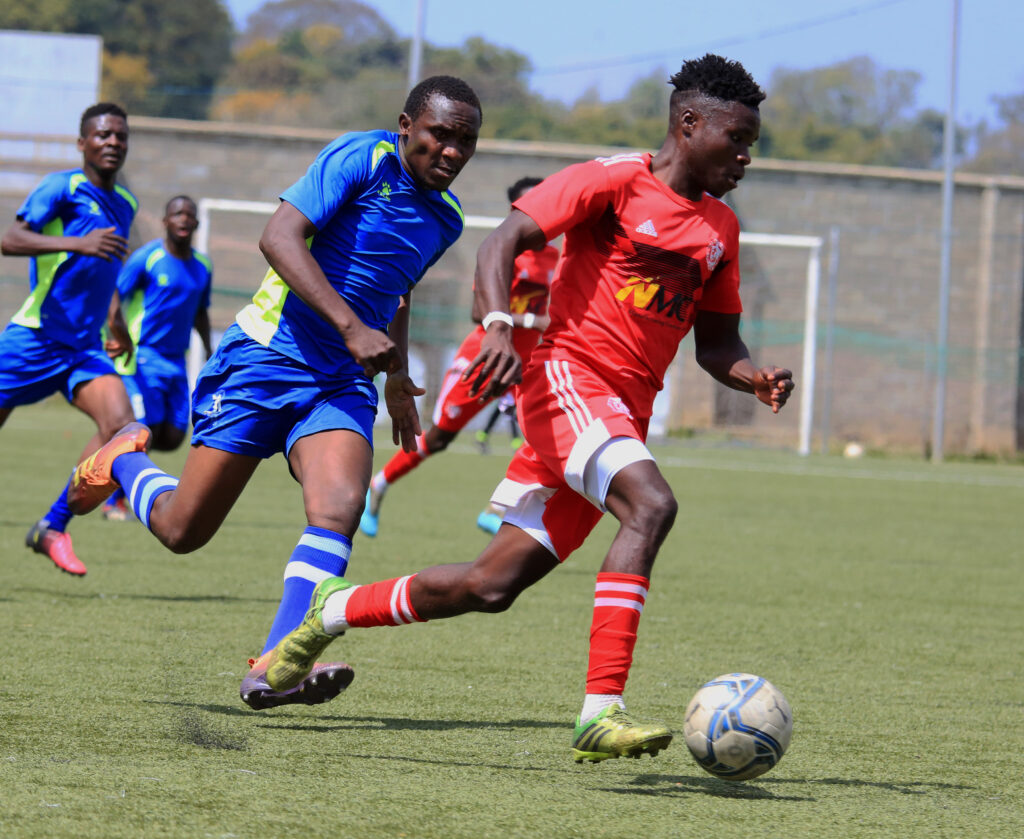 Emanuel Saviel, Chrispine Mapemba and Chikumbutso Salima were all on target as Nyasa Big Bullets Reserves hammered Mubas FC 8-0 in the ThumbsUp Southern Region League at the Mpira Stadium on Saturday.

The flourish the youngsters carried early in the game translated into an opener seven minutes from the start. Franklin Titani received the ball on the arch of the box and danced through the middle of the visitors’ back-line before setting up Saviel who rounded up the move with a composed finish to make it 1-0.

Refusing to unsettle after conceding the first goal of the match, the visitors woke up from their slumber as they started to man their barricades so well to absorb the pressure Enos Chatama’s boys continued to pile on them.

Nonetheless, four minutes away from the half-way point, the university students opened up again. Captain Yamikani Mologeni made a terrific run down the right flank and cut-in a firm low cross of which Saviel turned into the net with a cheeky flick.

Despite fashioning a lot of chances, young Bullets went for break only with a two-goal lead.

For 25 minutes after the restart, Mubas kept the hosts boys at bay. Looking to fight back, the visitors were hit hard further as they were forced to concede a third goal. Chrispine Mapemba, fresh from the bench, found himself at the right place to nod in a brilliant free-kick swung in by Chimwemwe Yassin on the right.

Two minutes later, Mapemba was at it again when he scored his second on the day after combining well with his fellow substitute, Chikumbutso Salima.

At 4-0, the visitors looked punch-drunk and done, giving up all their hopes of getting something from the tie. In a space of 13 minutes, they allowed Saviel to bag a quick second-half hat-trick. The talismanic striker, in that short space, scored two tap-ins and also capitalized from some awful defending by the visitors before rounding off the visitors’ goalie to score what was his 14th goal of the season.

There was no dancing time for Bullets Reserves as their hunger for goals looked insatiable. With seven minutes to go, Salima, who had influenced the game the most since coming from the bench in the second half, got his name on the scoresheet with a clever tap in at the near post after being teed up by Mologeni. And that was it until the final whistle came.

With this win, Bullets Reserves are now level on points with Changalume Barracks. Both teams have accumulated 31 points from 13 games they have played so far. But given the superior goal-difference young Bullets have it and have reclaimed the top spot in Group 2.

Reacting to the victory, head coach Chatama praised the confidence that is on the rise in his team as he called the result a good win.

“Good result. We didn’t tick in the first half. We tried to play good football in the second half. We had a lot of chances in the opening period, we couldn’t convert them. In the second half, we converted some good chances, although we also missed some chances. It’s good for the boys, the confidence is now sky-high,” Chatama told club media.

After this emphatic win, Bullets Reserves will now look forward to hosting Blue Eagles next weekend in the quarter-finals of the FDH Bank Cup.