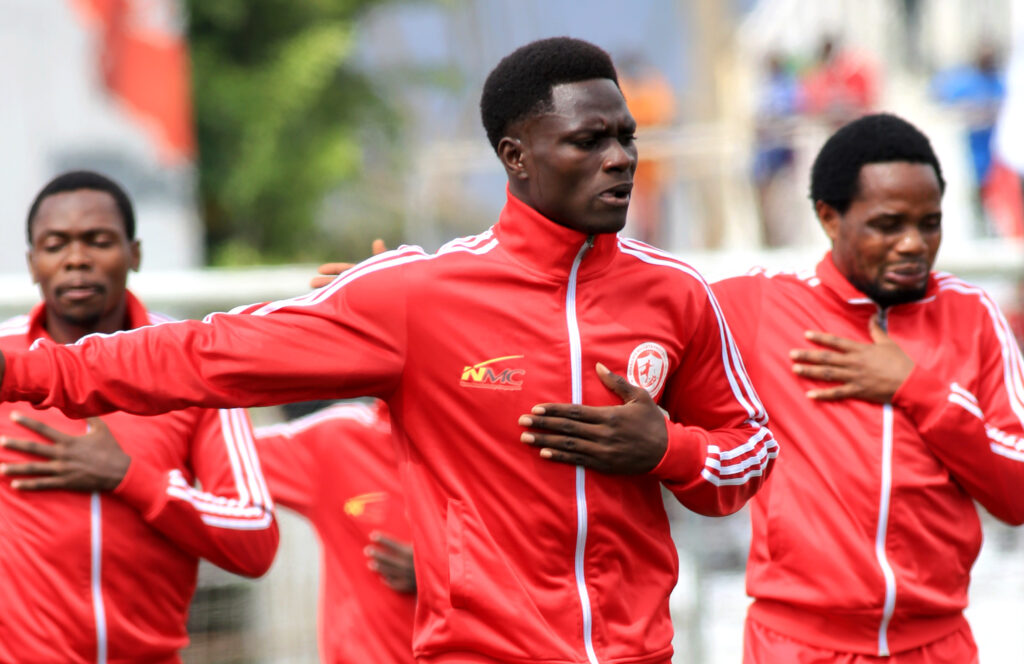 Nyasa Big Bullets start the Airtel Top 8 title defense when they host Karonga United in the first leg of the quarterfinals at Kamuzu Stadium on Saturday afternoon.

Bullets are keen to return to winning ways after suffering their first defeat of the season to Mafco, ending The People’s Team’s 25-match unbeaten run in the TNM Super League with a 1-0 loss at Dedza Stadium last Sunday.

Kalisto Pasuwa’s men are hoping to go all the way and defend the Airtel Top 8 Cup they won last year to complete the season with a treble, having won the FDH Bank Cup a fortnight ago and also closing in on the Super League championship.

The visitors will also be keen to start the campaign on a high knowing that Bullets will travel to Karonga Stadium and winning away from home will give them an advantage going into the return leg on 26 November.

Nevertheless, it’s promising to be an entertaining match between the two teams where the winner will play at home in the semifinal stage of the competition.

They say pressure creates diamonds and fire refines gold. When Pasuwa and his charges take to the field on Saturday, they will be eager to bounce back from last week’s defeat and concentrate on putting the game beyond their opponents’ reach ahead of the second leg in three weeks.

Bullets have a character and one of their strongest abilities is to fend off the pressure and deliver when no one expects them to.

Pasuwa’s charges lost back-to-back matches to Simba SC in CAF Champions League and their next fixture was a semifinal showdown with cross-town rivals Mighty Mukuru Wanderers at Bingu National Stadium.

The People’s Team went into the derby as underdogs, with others suggesting Bullets would find it very difficult to bounce back. In short, many predicted Bullets’ downfall, but they proved their doubters wrong with an emphatic 4-0 victory over their blue neighbours.

The biggest mistake any team can do is to undermine Bullets when it is coming from a disappointing result.

The overall performance of the team in the ongoing campaign has been extraordinary. Playing 25 matches without a defeat, winning the Charity Shield and adding the FDH Bank Cup trophy, which was the only silverware Pasuwa was yet to win, to their cabinet, sums up an excellent season from the Zimbabwean’s rebuilding project having released eleven senior players at the start of the season.

The Bullets coach promoted six players from the reserves, who, according to Pasuwa, have “surprised him”, telling club media a week ago that he “didn’t expect the youngsters to challenge for trophies in their maiden season”.

Last week’s defeat does not in any way take the shine away from these boys. That result will motivate them to respond with urgency and possibly go all the way to the final in search of more silverware before wrapping up the 2022 season.

Despite that setback, Bullets will come into Saturday’s encounter as clear favourites over their opponents, who are currently fighting relegation in the ongoing season.

The Northern Region-based outfit once reached the final of the competition in 2019 but lost to Silver Strikers. They haven’t made any strides in any national competition since that loss at the Bingu National Stadium and they have had mixed results in the top-flight league this season as they sit seven points clear of the relegation zone.

In their last two matches, they lost 3-2 at home to Wanderers before registering the same margin with a win over Red Lions last week.

The game of football is won and lost in the field of play and not on paper, but stats are a valuable piece of information for providing context.

We look into the history books once again and see what the last Super League and Cup matches between the two teams have produced.

Bullets’ biggest win over their Saturday opponents was a 5-0 demolition in the 2019 season at Kamuzu Stadium.

The two teams only met once in a Cup match and that was in 2017 when Bullets eliminated Karonga United in the Fisd Cup at Chilomoni Stadium. The match ended 4-2 after The People’s Team came from behind twice to beat their opponents.

The Northern Region outfit has struggled away from home in the top-flight league this season for the first time in three years.

From the statistics, the team has played twelve away matches from which they only recorded one win, five matches ending in draws while registering six defeats.

In those matches, they managed to score only scored five goals and conceded sixteen from which eight points were collected.

The People’s Team will be without Hassan Kajoke who is down with flu, Blessings Mpokera who has a knee injury he suffered against Mafco on Sunday and Yankho Singo, who is still recovering from an ankle injury.

Pasuwa will welcome back defender Isaac Badu, who missed last week’s trip due to an injury. The rest of the squad members are available for selection.

Gomezgani Chirwa (Bullets): The true definition of a modern-day fullback. Chirwa has been very instrumental for The People’s Team since he joined the club from Civil Service United in 2019. His ability to make runs into the offensive zones adds numbers for Bullets in attack and has had plenty of assists and goals to his name in the current season. In the FDH Bank Cup, he registered two goals and four assists, three of them being in the final in which the first team defeated the reserves 3-1 at Kamuzu Stadium a fortnight ago.

He can dribble and when Bullets is caught on the counter-attack, he quickly makes recoveries in defence. Bullets’ Hubertus Clausius Player of the Month for September, Chirwa is one to watch this coming weekend.

Josiah Duwa (Karonga United): A very dangerous winger who is quick with his feet and very dangerous on set pieces. When the two sides met last season at Kamuzu Stadium, he scored a beautiful freekick before getting himself involved in Karonga United’s second goal. His touch of the class has always caused problems for the opposition and recently, he had two goals to his name when his team lost 3-2 to Wanderers last week. Bullets defenders should worry about Duwa, who on a good day can cause havoc.

Scheduled to kick off at 14:30 pm, the Airtel Top 8 match between Nyasa Big Bullets and Karonga United at Kamuzu Stadium will be live on Mpira TV, beaming on Zuku TV and Azam TV. Bullets media will also be there to provide updates on all our social media platforms.