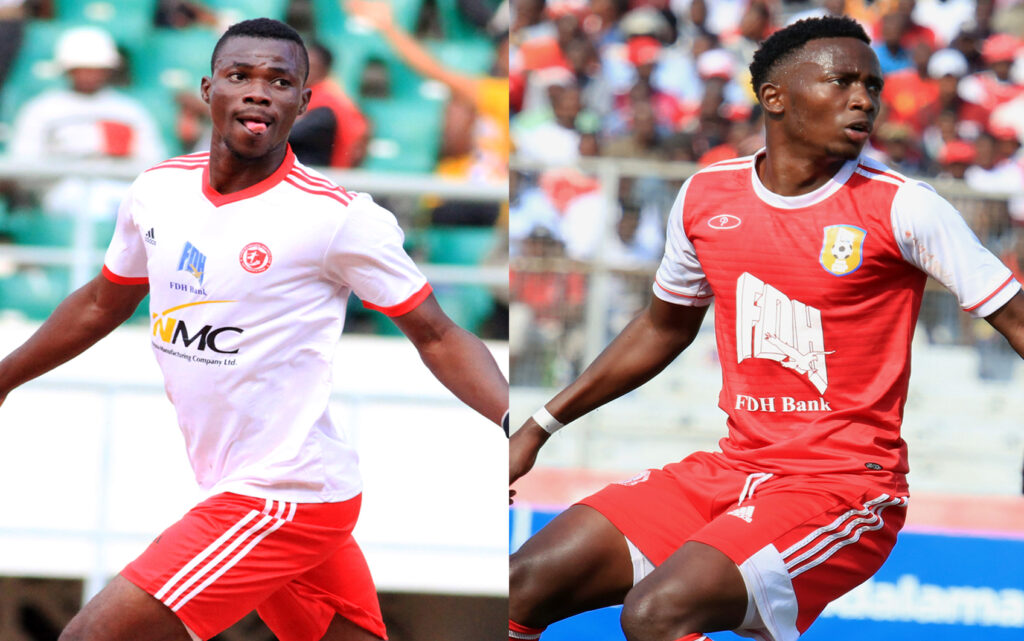 The two players face off in this season’s final slated for this Sunday at the Kamuzu Stadium where one of them will win the race but it is Babatunde who has an upper hand as he is having four goals against Salima’s three in the competition.

Babatunde was on target in all four games Bullets played to reach the final. He opened the scoring in the round-of-32 against Sable Farming at Mulanje Park, scored against Moyale Barracks in the Last 16 then against Chitipa United in the quarter-finals.

The Nigerian came from the bench with ten minutes left to play to score his fourth goal of the competition during Bullets’ 4-0 routing of cross-town rivals Mighty Mukuru Wanderers in the semi-finals at the Bingu National Stadium.

Salima netted Bullets Reserves’ lone goal against Red Lions to help his side book a place in the quarter-finals against Extreme FC at Kamuzu Stadium where he grabbed a brace in their 2-1 win over the Central Region Football League visitors to march into the semi-finals where they beat Blue Eagles to reach the final.

When asked about the Golden Boot race, Babatunde was quick not to undermine the youngster from the Reserves, saying “in football, anything can happen”.

“It’s a game of football. Anything can happen so whatever God plans I will take it. If it’s for me, I will be happy to win my second Golden Boot, but if it’s Chikumbutso Salima’s time, I will also be happy because it will be good for his confidence as he is still developing and looking forward to representing the main team one day,” said Babatunde.

The forward also spoke well about his fellow attackers in the first team, Hassan Kajoke and Anthony Mfune, for hitting their best form saying this is good for the club as it will bring competition.

“I am very happy for my fellow attackers in the name of Hassan Kajoke and Anthony Mfune who are back to their good form. This is good for us as players and the team because it will ensure competition amongst ourselves to fight for a place in the starting eleven and the biggest beneficiary will be the team because it will be getting the best out of us,” said the Nigerian.

He however maintained his stand on helping the team first before individual accolades, adding “it’s always a plus to see the team winning rather than concentrating on individual awards”.

“It’s about helping the team win. It doesn’t matter who scores but by the end of the day, winning matters most than individual records. The team has to come first because it is the primary objective for the team to keep winning, so if we win the trophy, I will be very happy rather than focusing on my own record.”

On his part, Salima said he was looking forward to the final with the hope that he can win the Golden Boot, but the most important thing to him will be helping the team win the Cup.

“I am also looking forward to the final on Sunday where I have an opportunity to win the Golden Boot, but most importantly is to see my team win the Cup, that will be the greatest achievement for me and my fellow teammates,” he said in a separate interview.

Apart from the duo, Anthony Mfune, Gomezgani Chirwa, Hassan Kajoke, Lanjesi Nkhoma, Precious Sambani and Lyton Chinong’one are also in contention for the award if they can find goals in the final match.

This will be the second meeting between the two teams in the FDH Bank Cup. In its inaugural year in 2021, they met in the round-of -16 in which the senior team won through penalties at Kamuzu Stadium.