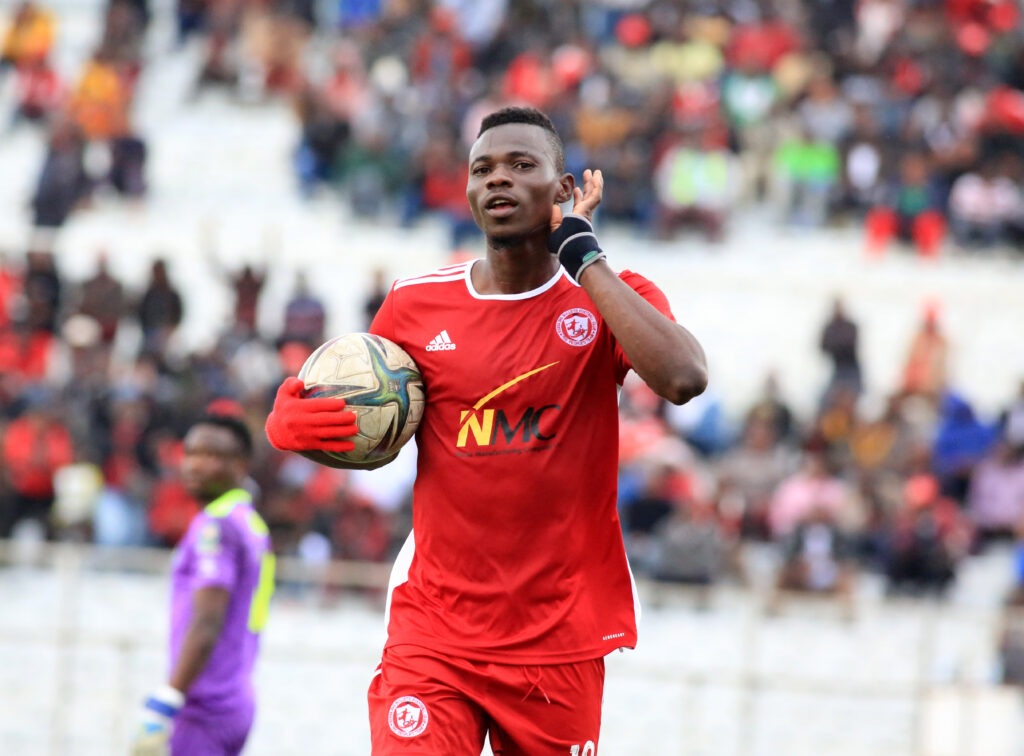 Babatunde Adepoju’s lone goal from the spot Nyasa Big Bullets a narrow 1-0 victory over Sable Farming in the TNM Super League on Friday at the Kamuzu Stadium.

The win means Kalisto Pasuwa’s men have finished the first round of the 2022 campaign unbeaten, opening up an 11-point gap at the top of the standings.

Having already been confirmed as first-round winners, Pasuwa made four changes to the team that defeated Kamuzu Barracks 0-1 away in Lilongwe last weekend.

Despite the changes helping Bullets to rediscover their passing game, which was the missing element in their previous encounter, they did not bring back the team’s free-scoring form.

The visitors, who have four players that came from Bullets Reserves, were proving unyielding and resilient in their play.

After 16 minutes of the game, the champions worked their way into the box following delightful passing of the ball between forwards Lanjesi Nkhoma and Babatunde, but the move could not be translated into a goal as captain Chimwemwe Idana’s finish went over the bar.

Three minutes later, Fletcher Jamali showed his alertness to save Mwaungulu’s shot from the box to keep the tie goalless.

However, in the 35th minute, Ernest Petro, who had been trying to get an ideal through ball to his strikers found his way into the box where he was brought down and referee Mayamiko Kanjere did not hesitate to point to the spot.

Babatunde stepped up and comfortably converted the penalty to score his tenth league goal of the season, giving Bullets the lead they had been denied by the visitors’ impressive resilience at the back.

However, the goal did not inspire another ultimate chance as the scoreline going into the interval remained the same.

Returning from half-time, Sable pushed for an equaliser while Bullets looked to be in total control of the game but could not break the visitors’ continued persistence.

In the 64th minute Bullets made a double substitution, introducing Blessings Mpokera and Stanley Biliat for Henry Kabichi and Patrick Mwaungulu.

The double substitution immediately had ripple effects on the game as Bullets started to create rapid chances in the final third.

Petro came close in the 68th minute when his strike from the box forced a fine save from Jamali, denying the Bullets number 10 a chance to find the back of the net.

There were chances for Babatunde and substitute Biliat to settle the tie in the final stages of the game, but their wastefulness in front of the goal kept the 1-0 score-line the same until full-time.

With this home win over the Chiradzulu-based side, Bullets have finished the first round with 41 points from 15 games, establishing an 11-point gap over second-placed Blue Eagles, who have a game to play before wrapping up the first half of the season.

Focus for Bullets will now be shifted to their game in the FDH Bank Cup round-of-32, which interestingly will also be up against Friday’s opposition, Sable Farming.