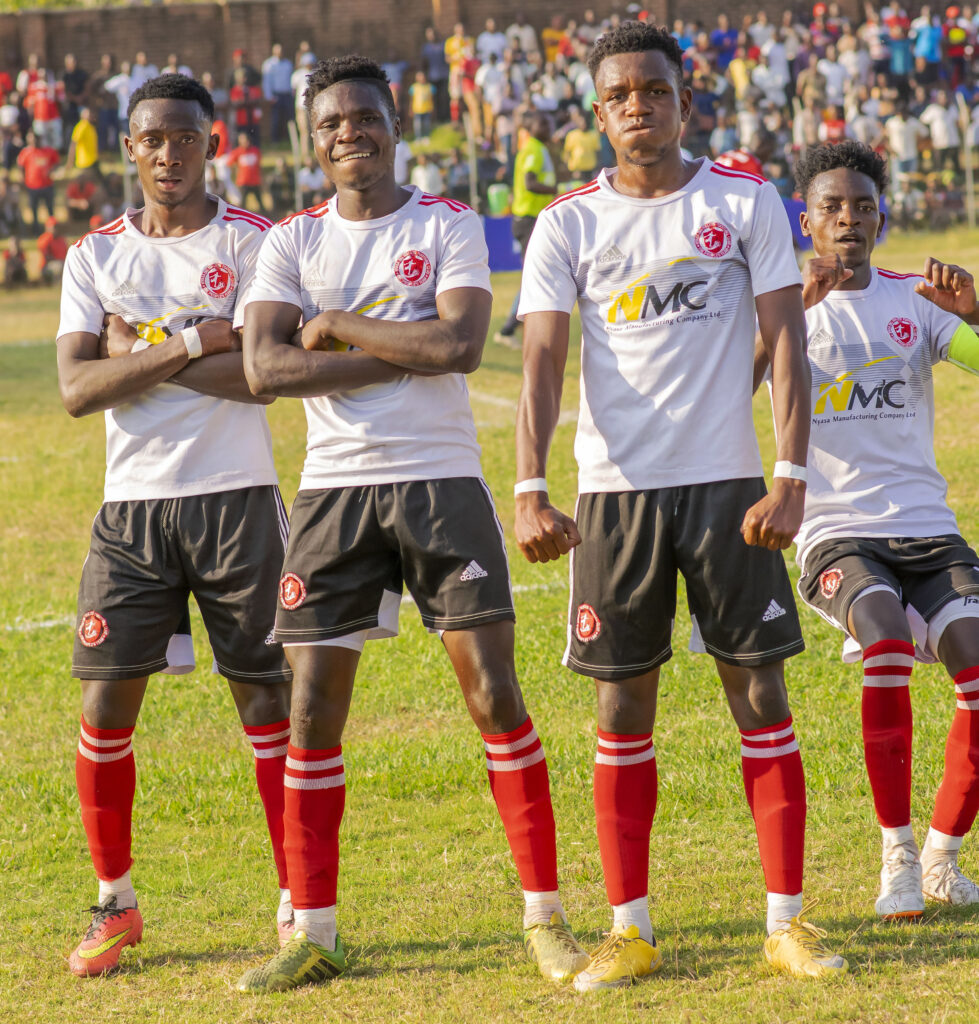 Nyasa Big Bullets Reserves’ storybook run in the FDH Bank Cup rolls on as Chikumbutso Salima scored from the spot to book a place in the quarter-finals following a 1-0 victory over Red Lions at the Balaka Stadium on Sunday.

For the most part of the opening half the tie hanged in the balance. Both teams had a fair chunk of the ball but clear chances remained elusive as each of them only registered a single shot on target.

Although the Reds had a slight edge in possession in the last quarter of the match, the young Bullets showed excellent organisation off the ball to ensure that both teams trudged to the dressing room for the half-time break with a goalless scoreline.

The restart after the half-time break saw both teams making changes. While the hosts made a triple of them, Enos Chatama only brought in winger Chrispine Mapemba for Franklin Titani to reinforce their push for a goal against the TNM Super League side.

What followed after these changes was end-to-end action from the two sides. In the 55th minute, Emmanuel Saviel brought out a good save from Red Lions’ ‘keeper Clement Mlombwa with a strike on the turn in the box.

A few minutes later the hosts almost broke the deadlock as their captain Royal Bokosi saw his free header in the box hit the crossbar and went out.

Saviel, who had been quite contained in the first half, broke loose thereafter. At the strike of an hour, he made a clever run to get on the end of a long ball from Aaron Chilipa.

The forward jinked past a small army of Reds defenders, stormed into the box, managed to beat the keeper, and produced a strike that resulted in a handball by the hosts. The referee had no option but to award young Bullets a penalty, which Chikumbutso Salima converted calmly to give the youngsters a well-deserved lead.

And soon after finding their lead in the game, Enos Chatama’s boys put the hosts on the chopping block as Salima and Mapemba forced Mlombwa into back-to-back star-jump saves with terrific long-range thunderbolts.

As the Reds deflated, Bullets Reserves puffed up in the game and with their relentless attacks seemed to be posing the question to the home side, can you handle it?

Were it not for Mlombwa’s proactive performance between the posts, young Bullets could have easily turned the tie into a thrashing.

In the dying ambers of the game, Red Lions shoved bodies into the box, looking to conjure a leveller, but our young centre-backs Andrew Lameck and Happy Mphepo were hell-bent on their resistance to keep the soldiers at bay to the last minute of the game.

At the final whistle, Chatama and his team stormed into the pitch for huge and wild celebrations.  The result which has historical ramifications meant that young Bullets are through to the quarter-finals of the FDH Bank Cup, the farthest they have reached in elite cup competitions.

“It was really a tough game; Red Lions came tough in the first half [but] we contained them [and] came better in the second half, pressurised them and we got a goal. We could have scored more, but our strikers missed some chances. All in all, we thank God we are through to the next round,” Chatama told club media after the match.

The result also meant that young Bullets remain unbeatable at the Balaka Stadium. While it was Salima who scored the solo goal of the game, it was Saviel whose spirited performance went unnoticed as the Man of the Match award went to him.

Next for young Bullets, who now must wait for a draw in order to learn about the opponent they will face in the FDH Bank Cup quarter-finals, is a ThumbsUp Southern Region Football League match against Nyasa United on Wednesday at the BAT Ground.