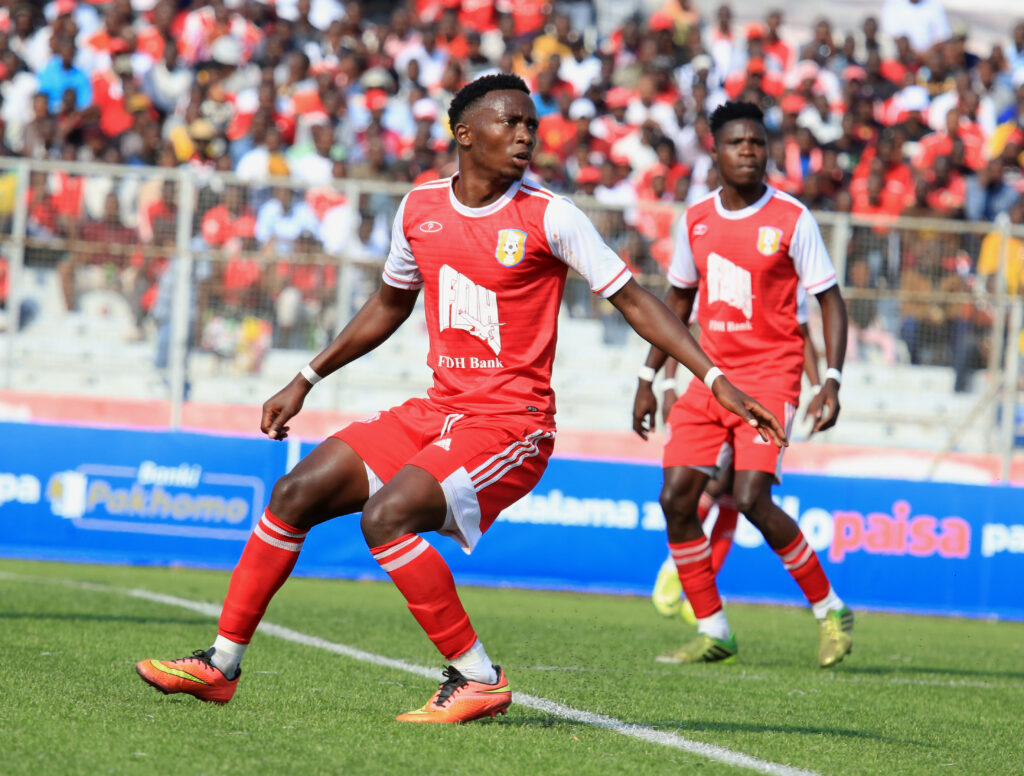 Chikumbutso Salima scored in both halves to send Nyasa Big Bullets Reserves to the final of the FDH Bank Cup after edging out Extreme FC 2-1 at the Kamuzu Stadium on Saturday afternoon.

As was the preview of the FDH Bank Cup first semi-final clash, the two Premier Division sides played out an entertaining and tightly contested one.

Right from the start, our youngsters intensely pressed the visitors who were kept under the cosh although they somehow remained unbroken.

The semi-final tie had little to offer until a moment of brilliance arrived in the 35th minute from Salima. From 21 yards the deft winger scored a glorious free-kick which was truly a collector’s item to grant Enos Chatama’s side the lead.

After establishing their lead, the young Bullets, who had bossed the game with their passing, looked like they were set to run riot. Six minutes later after getting in front, Emmanuel Saviel cleverly escaped the visitor’s back line but in a one-on-one situation failed miserably to beat Blessings Juma.

However, despite the relentless pressure they were absorbing, the visitors shook themselves from slumber and came to the fold as they found their equalizer at the stroke of half-time through their talisman, Benston Jim. The half our youngsters utterly dominated, ended in all square.

Action swung end to end after the restart. As time struck the hour mark, Salima scampered into the area at a terrific pace and when he tried to cut in a pass into the penalty box, the ball was halted by the hand of the visitors’ sliding defender. The referee needed not to squint to award us a penalty that was so clear.

Like he did in the first half, Salima stepped up and produced a super calm finish to complete his brace on the day as well as re-establish our lead. The half an hour that remained pelted away in suspense as it looked like the Reserves would add a third or Extreme would get the leveller and force the tie into penalty shootouts.

After an intense semifinal match, the full-time whistle was accompanied by loud jubilations from the Bullets fans and the youngsters in all red.

Chatama has altogether won a staggering number of ten titles with the Reserves in a half-decade, but the magnitude of his past accomplishments cannot match that of reaching the final of a national competition. His current squad has become the second Bullets Reserves side to reach the final of an elite cup in 25 years’ time. The first one to do so was the one which was famously dubbed ‘Banyamulenge’ when it played against their seniors, Bata Big Bullets, in 1997.

Achieving this special milestone, Chatama described it as a ‘wonderful experience’ when he faced the press right after the game.

“It has been a wonderful experience. Nobody gave us a chance. You know we had a strong team last season, [but most of] the players left us. Some went to the main team; some went to other teams. We built a new team; we didn’t have the expectations that we will reach this far,” said the coach who’s chasing his 11th title.

In a jovial mood, together with his players, Chatama walked to exchange cheers with the fans on the terraces who were completely left rubbed off by the young Bullets’ triumph.

Even when he was not at his level best against Blue Eagles in the quarter-final, Salima still managed to notch a brace of assists to help his team set the semi-final tie with Extreme. That was after he scored the lone goal which decided the round-of-16 match against Red Lions at the Balaka Stadium.

And on Saturday afternoon against the Mchinji-based Extreme FC, he was simply terrific again. He scored on both halves to secure a place in the FDH Bank Cup final for Nyasa Bullets Reserves. For engineering that magnificent feat, the skilful forward was awarded with the Man of the Match prize. What a talent in Salima Bullets are blessed to have in their ranks.

Having busted Extreme FC on Saturday afternoon, our youngsters have set an all-southern-region FDH Bank Cup final as they will meet the winner between Nyasa Big Bullets senior side and city rivals Mighty Mukuru Wanderers in another semi-final clash scheduled to be played next Saturday.

After this big eventful victory, a midweek ThumbsUp League match follows for Nyasa Big Bullets Reserves. They host Mwanza Prescane on Wednesday at the Kamuzu Stadium in a game they will need to win in order to extend their lead at the top of Group 2 of the Southern Region Football League.