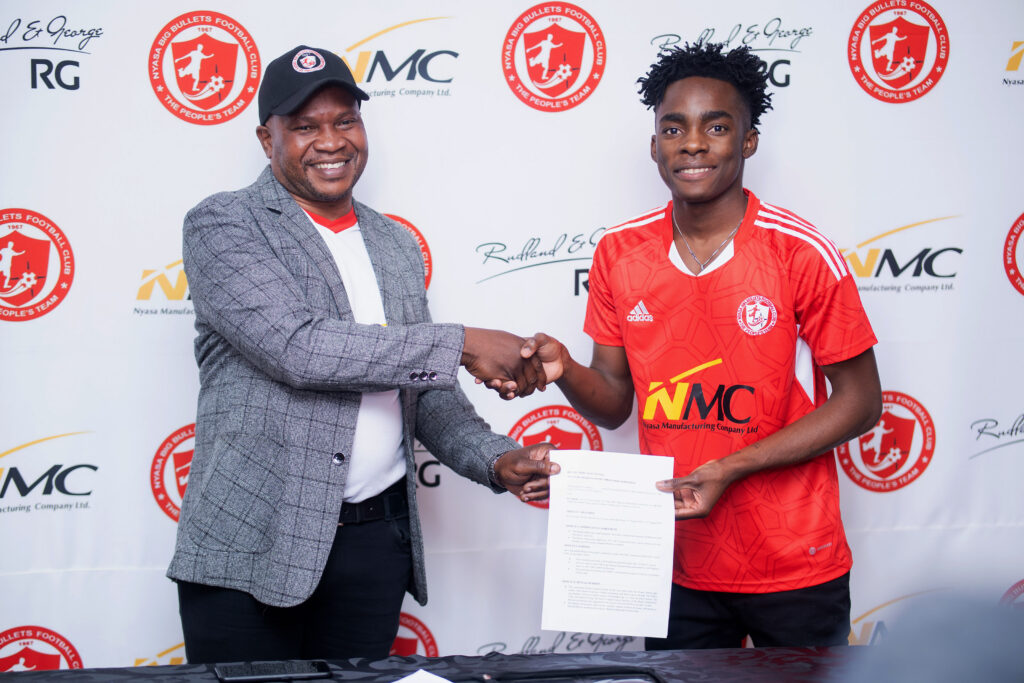 The Chief Executive Officer for the club, Suzgo Nyirenda, unveiled the “Gu Gu Gu” singer at an event which was held at the Amaryllis Hotel in Blantyre on Tuesday evening.

Nyirenda highlighted that Eli Njuchi is one of the best iconic urban musicians who is going to make a huge impact in advancing the Bullets brand as the Club continues cementing its commercialisation drive.

Similarly, NBBFC always fills stadiums in the country as the most followed football club.

“Our working relationship with Eli Njuchi as our Brand Ambassador enhances our belief that football and music can inspire the growth of our respective businesses,” said Nyirenda in his speech.

Confirming his ambassadorial role at the event Njuchi, who performed two of his most-loved hits “Zitheke” and “Gu Gu Gu”, said, “I am excited and honoured to be representing one of the biggest clubs in Africa. I have always been a football fan and I always thought music and football go together, to be here today is an honour.”

Everything you need to know about the partnership

Football and music have an intricated history and while it is rare to find music artists representing football clubs, Nyasa Big Bullets have taken the novel step of choosing Eli Njuli as its Brand Ambassador, hoping the partnership will help the commercialization of the club blossom further.

How long is the partnership

Born Chifuniro Constantine Magalasi, Eli Njuchi, is a 20-year-old Afro and Dancehall artist. His first recorded song came in 2015 and since that time he has become popular in the local music industry.

Seven years into his music career, he has recorded three successful albums. After releasing “The Book of Z”, “The Book of Eli” and the “Red Flag”, a piece that carries the “Gu Gu Gu” smashing hit that has become a favourite among music fanatics in the country.

Due to his lyrical prowess and profound themes, Eli is followed by both the younger and older generations.

As popular as he is, Eli’s pervasive appeal will be ideal for Bullets in expanding their reach with their brand products. The artist, who on Tuesday performed donning the Bullets jersey Number 67, the year The People’s Team was founded, is expected to be performing on the team’s match day and during other events and activities as well as promoting the team’s merchandise.