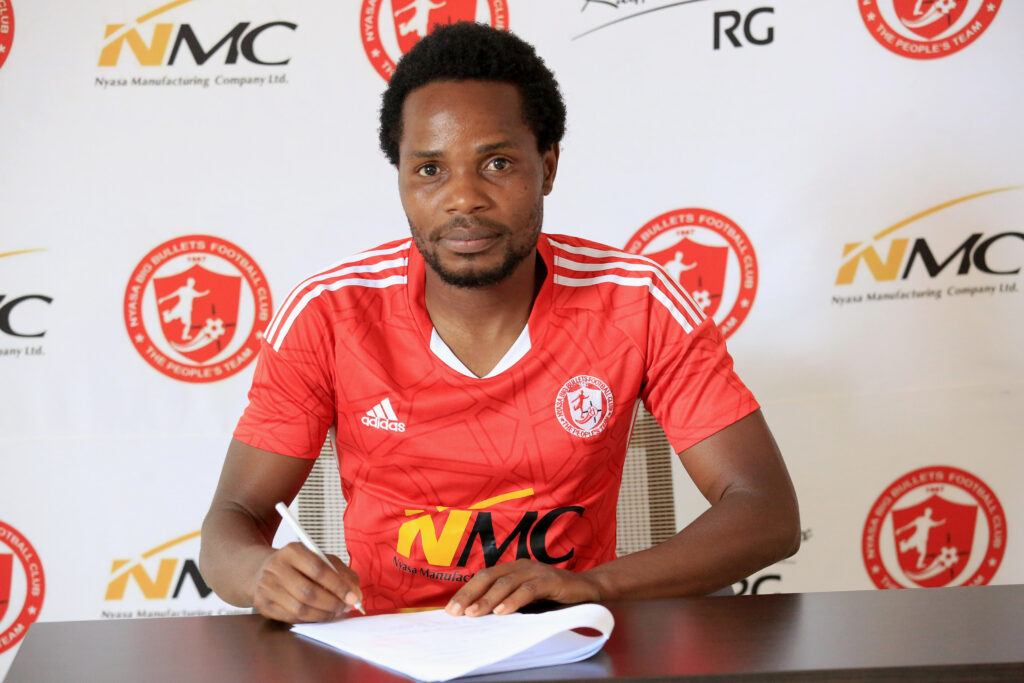 Nyasa Big Bullets is delighted to announce Henry Kabichi has agreed a one-year contract, keeping him at The People’s Team until August 2023.

Kabichi joined Bullets in 2012 and made his debut in our 3-1 TNM Super League victory against Mighty Tigers.

Since his arrival, the midfielder has been a vital part of the club, winning 12 trophies with the first team.

In his debut season in 2012, he won the Presidential Cup.

He won both the Super League and Carlsberg Cup in 2014, before retaining the league the following year.

In 2016, Kabichi won the Presidential Cup and then the Carlsberg Cup in 2017.

The next three years saw the midfielder winning three consecutive league titles in 2018, 2019 and 2020/21 seasons.

He went on to win the Airtel Top 8 in the 2020/21 season and in the ongoing season, the midfielder has added another medal to his name after Bullets won the FDH Bank Cup on Sunday.

He is also likely to add another Super League medal to his name as Bullets is edging closer to retaining the title for a fourth straight season.

“It’s an honour to continue serving the club I love. I have been at Bullets for 10 years and I have won trophies with this noble club, and to extend my contract for another year is something which has made me a happy person. I will continue giving it all for the badge and I would like to thank the management, the technical panel, my fellow players and the supporters for the support that I have received throughout my stay here.

“I joined the club at a time when things weren’t working in terms of finances and we had spent years without winning anything, but we kept on going and I was lucky to win my first trophy in my first season. We had to fight using what we had and I am glad the team has reached this far and I am also happy to be part of the history we have made so far,” he concluded.