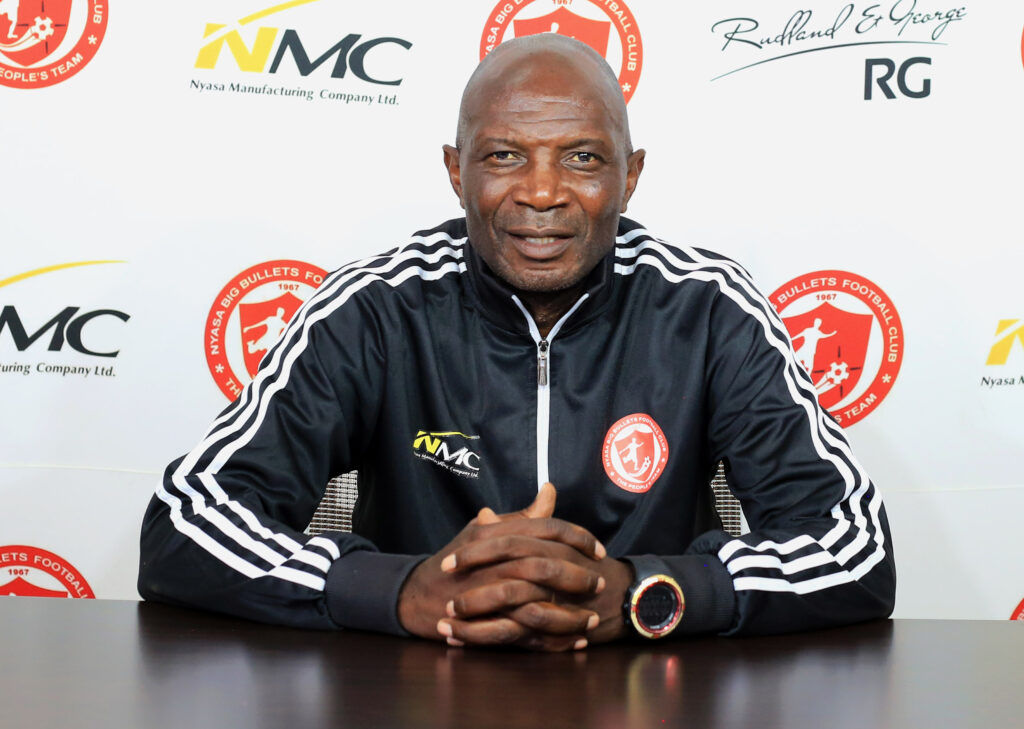 Nyasa Big Bullets return to Kamuzu Stadium this weekend for the first time in three weeks after playing three straight games away from home in the TNM Super League.

Bullets will face Silver Strikers and a win will see The People’s Team maintaining the top spot in the standings.

On Thursday, The People’s Team head coach Kalisto Pasuwa spoke to club media team ahead of the tie. He spoke about returning to Kamuzu Stadium, the preparations for the upcoming encounter, injury updates, among other issues…

For the first time in three weeks, you will be returning to Kamuzu Stadium, how are you looking forward to the game against Silver Strikers on Saturday?

“Firstly, we would like to thank our players. We have been going out in so many games and they did very well and now we are coming back home to play at our home ground, but it’s not a thing to say it’s going to be easy for us to win games. We need to put everything in place hence the way we have been training by making sure we are psyching the boys mentally and also physically for us to be ready for the game.”

In the 2019 season, you registered two victories in the league and Airtel Cup and then this year, you also registered a victory over Silver Strikers in the Charity Shield, what are you expecting from them this time around?

In Kasungu after your victory over TN Stars, you admitted that your boys slowdown in the second half after playing high pressing football in the first half, why do you think this is happening and how do you intend to overcome this problem?

“You know at times when you are playing, as a coach, we will be having pressure as coaches when the game is being played. It might be to say they are dropping, but again remember, it’s how we are taking it to say second half at times we play according to how our opposition is playing, so that’s not our type of football. If you are playing a build-up [game], we need to end with that build-up to full 90 minutes in order for us to do good in the entire game.”

In Kasungu, you had two injuries in Precious Sambani and Chimwemwe Idana, what are the latest updates?

“Today they have trained. The only player missing is John Lanjesi and we hope for the good over the weekend.”