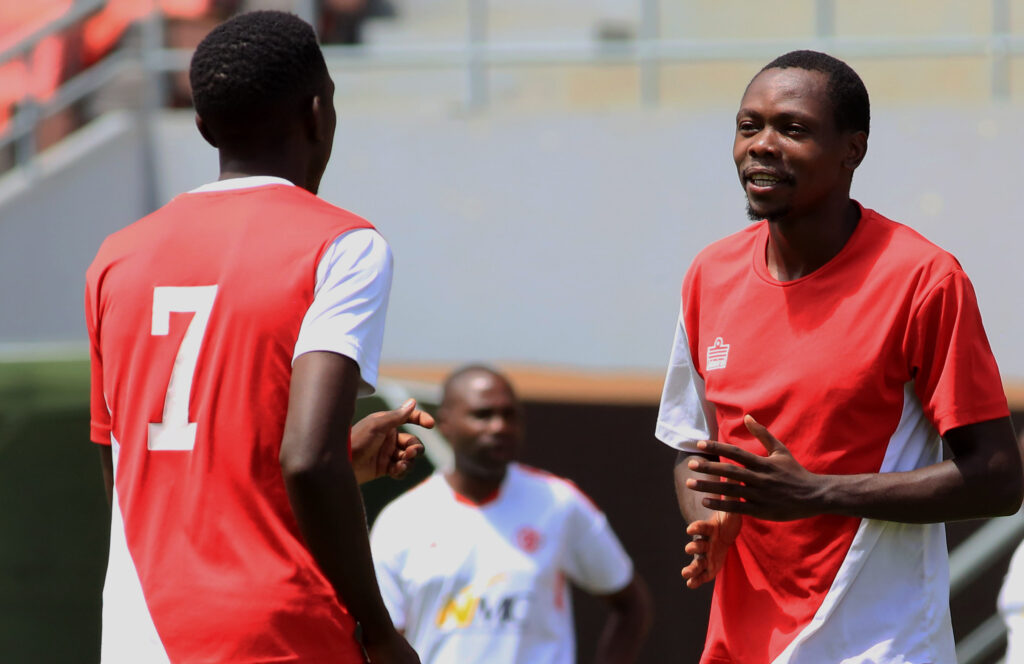 Nyasa Big Bullets will face Mighty Mukuru Wanderers in the Airtel Top 8 final at the Bingu National Stadium in Lilongwe on Saturday.

The highly-anticipated clash, the fourth Blantyre derby this season, will mark the end of the 2022 calendar in the top flight and will see the two adversaries renewing their near-half-a-century rivalry.

The first official derby between the two giants took place in 1968 in the Blantyre District Football League in which James Mkwanda scored the only goal to inspire Wanderers to a hard-fought 1-0 victory over their rivals and that was the beginning of the biggest rivalries in Malawian football which has experienced glory and agony amongst the followers of these two great clubs.

Since the launch of the Airtel Top 8 competition in 2017, Bullets have been dominant over the Lali Lubani blue (now orange) camp. In total, The People’s Team and the Nomads have met twice in this competition and in all the encounters, it was the red side of the city that conquered.

Bullets will have good memories of playing a cup game against their rivals in Lilongwe with Kalisto Pasuwa as their coach who has never lost any cup match to Wanderers since he took over in 2018.

The word in taxi ranks, minibuses, workplaces, streets and every corner of the country is all about the forthcoming mouthwatering tie and the moment that the fans have all been waiting for is finally a few hours away.

The Blantyre derby promises to be a humdinger as Bullets will be looking to defend the Airtel Top 8 title for a second straight year, whilst the Nomads hope to win their only trophy this season after missing out on the TNM Super League and FDH Bank Cup won by their rivals.

The fixture takes place a little over 50 days since the two teams met in the semifinals of the FDH Bank Cup at the same venue where Bullets outclassed their neighbours with a 4-0 thrashing to advance to the final and went on to win the cup following a 3-1 win over their reserve team at Kamuzu Stadium.

The People’s Team started their title defence with a resounding 8-1 triumph over Karonga United, winning 7-0 in the first-leg tie at home and drawing 1-1 away at Karonga Stadium in the return match.

Next on the menu was the two-time winners, Silver Strikers, in the last four. Bullets also showed no mercy as they hammered the Capital City side 3-1 to proceed to the final.

From the quarterfinals to the semis, Bullets are the highest-scoring team with eleven goals and conceding two.

As for Wanderers, they started their campaign with a convincing 2-0 first-leg quarterfinal win over Mafco FC before eliminating the Salima-based soldiers with the same margin to progress to the last four with a 4-0 goal aggregate win.

Their next opponents were the 2018 winners Blue Eagles in the semis. The Lali Lubani boys made no mistake by pouncing on the Area 30 cops with a comfortable 2-0 win to set up a showdown against their cross-town rivals.

Wanderers, who were finalists in 2017 and semifinalists in the 2018 and 2021 campaigns, have never won the cup and the only season in which they failed to reach the last four was in 2019 when they were eliminated in the quarterfinals by Silver Strikers.

The history between the two teams in cup competitions is huge but the focus will be on the last decade in which Bullets have had more victories over Wanderers.

In the past ten years, the Nomads have only managed two cup victories over Bullets, with the first one being a 5-4 penalty shootout victory on 29th September 2012 in the then Standard Bank Cup semi-final match that was played at Silver Stadium in Lilongwe. The Nomads had to stage a comeback with seven minutes to play through substitute Cuthbert Sinetre, who cancelled out a Diverson Mlozi 38th-minute strike. Richard Chipuwa saved George Nyirenda and Dalitso Mpulura’s spot kicks to send Wanderers into the final which they won.

Their last victory over Bullets in a cup match was in 2015 at Civo Stadium in the Carlsberg Cup final in which they won 2-1, courtesy of a strike in each half from Victor Nyirenda and Kondwani Kumwenda, with Bullets scoring their consolation goal through Jafali Chande.

As for Bullets, they recorded a 1-0 semi-final victory in the Carlsberg Cup at Civo Stadium in 2014 through an early strike from Jimmy Zakazaka. The People’s Team progressed to the final and won the cup after beating Zomba United 2-0 at Kamuzu Stadium in Blantyre.

In 2017, Bullets won the Carlsberg Cup again at the expense of their rivals as they came from behind twice to beat Wanderers 5-3 on penalties after a 2-2 result in regulation time. Chande and Isaac Kaliyati were on target for the Nomads whilst Muhammad Sulumba and Nelson Kangunje scored for The People’s Team. In the shoot-out, Yamikani Chester’s spot kick hit the post to send Bullets fans into massive celebrations.

Bullets were not yet done with Wanderers as they handed them a 2-1 defeat in the Airtel Top 8 semi-finals played at Bingu National Stadium on 16 June 2018. Wanderers had dominated the opening half of that match but failed to score through numerous goal-scoring opportunities they created through Chester, Kaliyati and Khumbo Ng’ambi. The Nomads were left to regret as Bullets attacked from all angles to score two quick goals through Bright Munthali and Chiukepo Msowoya. Zicco Mkanda scored Wanderers’ consolation goal.

The semi-finals curse haunted Wanderers again when they suffered a 4-1 defeat at the hands of their rivals in the Airtel Cup semis played on 4 December 2021 at Kamuzu Stadium. All four goals for Bullets were scored by Babatunde Adepoju, who had just joined The People’s Team in June from Wanderers. Vincent Nyangulu was on target for the Nomads.

In the 2022 season, the two teams faced off in the last four of the FDH Bank Cup from which Bullets hammered their rivals 4-0 at the Bingu National Stadium.

Now, after their last cup semi-final encounter, they meet again at the same venue in the final which the winner will claim the bragging rights and will send an early Christmas gift to their fans.

History favours Bullets at the Bingu National Stadium because their three previous cup meetings at this venue, which was opened in 2017, have all gone to The People’s Team.

The first meeting was on 9 September 2017 in the then Carlsberg Cup final which Bullets won 5-3 on penalties after the regulation time ended 2-2.

In 2018, they met again but this time, in the semifinals of this cup they will be battling out for on Saturday. The first half belonged to the Nomads who dominated but failed to find the back of the net only to be punished in the second half.

In short, Wanderers have never beaten Bullets at BNS in official competitions, but they only won twice in the Bus Ipite Bonanza and a friendly fundraising match.

The latest meeting was in the last four of the FDH Bank Cup in September when Bullets showed no mercy by smashing their rivals 4-0.

They are all coming from convincing wins after they got the better of Lilongwe opponents, Silver Strikers and Blue Eagles, to advance to the cup final, but Wanderers have kept three straight clean sheets, unlike Bullets who have conceded twice.

Bullets will be without striker Anthony Mfune, who hasn’t recovered from the groin injury he suffered in the quarterfinal first leg against Karonga United, as well as Misheck Seleman who is recovering from a knock and Yankho Singo who has also been on the sidelines with an injury.

As for Wanderers, they will be without goalkeeper William Thole after he picked up a second yellow card during the semifinal win over Blue Eagles. But Mark Harrison will welcome back Peter Cholopi who missed last Sunday’s match at home due to suspension.

Babatunde Adepoju (Bullets): The Nigerian will require some special attention from Wanderers’ defence. He has already found the net in this fixture and is always a threat to whomever he comes up against. He scored four goals past the Nomads in the Airtel Top 8 semis last year and has been enjoying scoring form whenever he meets his former club and he has got what it takes to haunt them again within the shortest period.

Misheck Botomani (Wanderers): The winger will be very vital for Wanderers if they are to break down Bullets’ defence. His main strengths are his pace and the ability to take on defenders, and judging by how he performed against Eagles in the semi-finals last Sunday, where he set up Chiukepo Msowoya to score the opening goal, will serve as Wanderers’ focal point.

The 2022 Airtel Top 8 Cup final between Bullets and Wanderers will kick off at 14h30 and will be live on Mpira TV as well as Mibawa TV. We will also be providing updates on our Facebook and Twitter accounts.

45| Three minutes of stoppage time have been added. The hosts nearly grabbed an equaliser but are denied by the post #BASNBBR