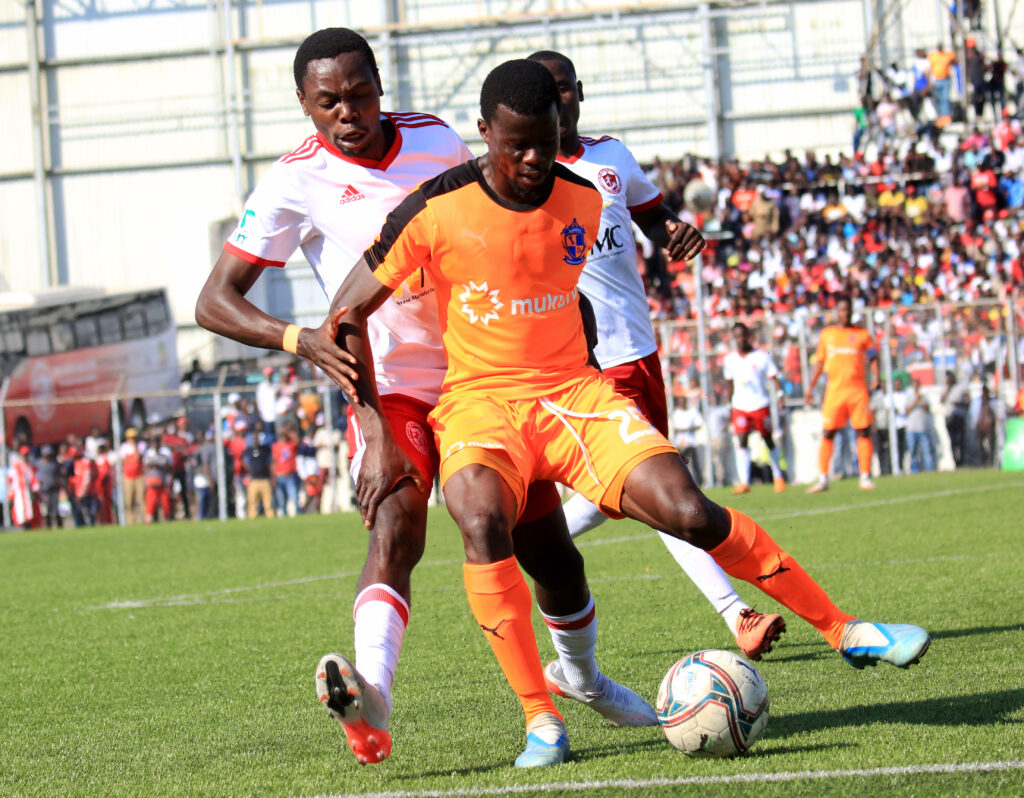 After seeing the African dream being nipped in the bud, Nyasa Big Bullets are set to make a reappearance in domestic football as we play Mighty Mukuru Wanderers in the semifinals of the 2022 FHD Bank Cup at the Bingu National Stadium on Saturday.

Whilst we were engaged in the TotalEnergies CAF Champions League, playing Tanzanian Simba SC home and away in the space of eight days, our opponents had a run of two games in the TNM Super League.

Our neighbours are off the back of an invigorating 1-0 win over fellow TNM Super League thoroughbred, Silver Strikers, last Sunday at the Kamuzu Stadium. This was a week after they came from two goals down to draw 2-2 with Dedza Dynamos at the Dedza Stadium.

With their run of form, the Nomads are heading into the Saturday’s tie believing they can overthrow Nyasa Big Bullets whom they have managed to defeat only once in the past decade.  This season the Lali Lubani Road side has crashed with us twice in the league, losing 2-1 in the first round and then forcing a 3-3 draw in the second round.

To reach the FDH Bank semis, the Nomads eliminated Kamuzu Barracks Reserves 4-1 on post-match penalties in the round-of-16 following a 2-2 result in normal time. They went on to hammer Dedza Dynamos 3-0 at Dedza Stadium in the quarter finals.

From the statistics of their results, considerably the Nomads have been an offensive side recently. In their last three FDH Bank Cup games they have managed to score a number of 9 goals. Aside that, they have also scored 32 Super League goals, making themselves a third highest scoring team in the league behind Bullets who have netted 46 goals and Mafco FC who have 38 goals to their name.

The majority of Wanderers’ goals have originated from their wide-men. Usually set through by their line of defense, their wide-men have been fond of unsettling their opponents through well-calculated counter-attacking moves.

If their wingers are closed down, they opt for long secondary balls of which their three foxes in the box, Muhammad Sulumba, Vincent Nyanguru, and Chiukepo Msowoya, capitalize with their aerial skills. All the three goals they scored against Bullets in their last meeting in the league match came from set pieces.

In the midfield, they have a workaholic in Francisco Mkonda, who, upon his introduction early in the second half of that 3-3 match, changed the whole game in Nomads’ favor. Mkonda brought stability in the midfield and freed Chester and Vitumbiko Kumwenda in the attacking zone to stage their memorable comeback.

How the two teams have fared in cup meetings

History has a role to play in football and if we are to refer to it for this much-anticipated encounter, then Bullets have an edge over their opposition.

For the past decade, Bullets have had four cup victories over their cross-town rivals while the Nomads have only won twice in the last six cup meetings between them.

Wanderers’ cup success over Bullets in the past decade was on 29th September 2012 at Silver Stadium in which they staged a comeback to beat Bullets 5-4 on penalties after a 2-2 result in the regulation time of the Standard Bank Cup semi-finals. The last time Wanderers tested a victory over Bullets in a cup competition is when they won 2-1 in the Carlsberg Cup final at Civo Stadium on 29th August, 2015.

As for Bullets, Jimmy Zakazaka’s lone strike in 2014 at the Civo Stadium inspired Bullets to a hard-fought 1-0 victory over their rivals in the Carlsberg Cup semis to progress to the final, which they eventually won after beating Zomba United 2-0 at Kamuzu Stadium.

The People’s Team haunted Wanderers again in 2017 during another Carlsberg Cup final at the Bingu National Stadium in which they came from behind twice to take the game to the penalties. Bullets won 5-4 after Yamikani Chester’s spot kick hit the post.

Bullets were not yet done with their rivals as they knocked them out of the Airtel Top 8 Cup following a 2-1 victory the following year at the same venue.

The last cup meeting between the two bitter rivals took place on 5th December, 2021 in the Airtel Top 8 semi-final match at Kamuzu Stadium. Babatunde Adepoju scored all the four goals against his former team to send Bullets into the final in which they won by beating Silver Strikers 5-4 on penalties after a 1-1 result in the regulation time.

Fatefully, in all the meetings, the team which progressed to the finas ended up winning the trophy except in 2018 when Bullets lost to 1-0 Blue Eagles in the final of the Airtel Top 8 in Lilongwe.

The Nomads might have enjoyed a fine run of form in all competitions lately while The People’s Team, who have been sensational domestically this this season, might have been low form in the moment after being knocked out in the preliminary round of the continental competition by the Tanzanian opposition, but as it has always been in the past, form has always been unable to predict the outcome of the Blantyre derbies.