Pasuwa: If you plan well, you win games 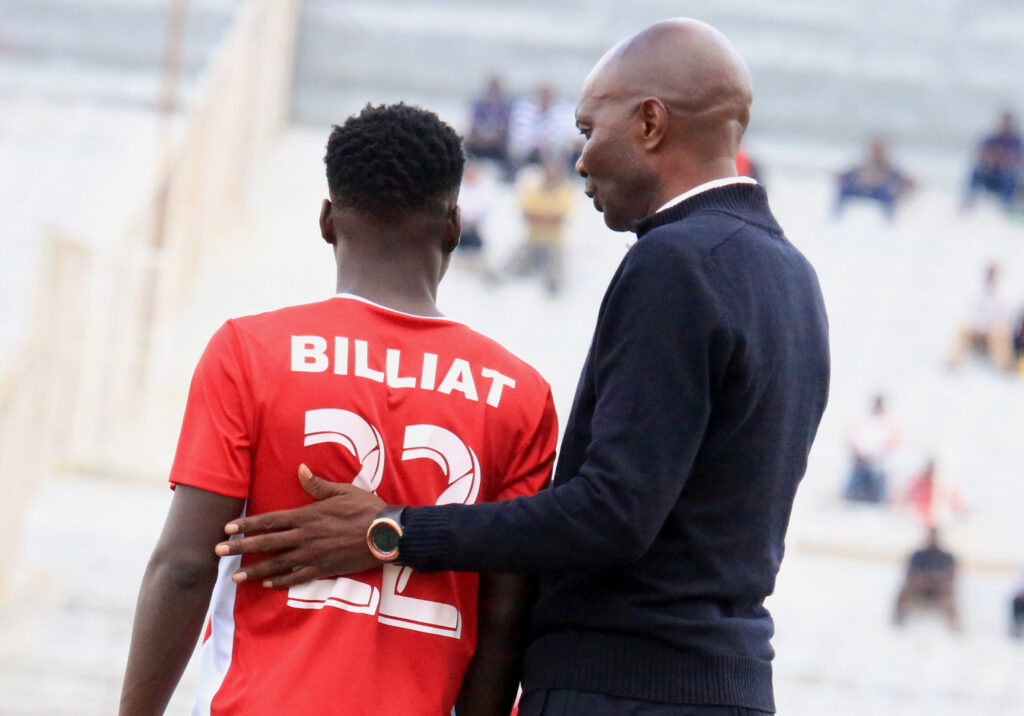 Bullets stamped their authority in local football with their 16th league title and they had to do it in style as they showed no mercy to The Lions of Kaning’ina to seal the 2022 championship with two more games to spare.

The defending champions required just a single point heading into the game to set an unassailable lead with three games left to play because they were just a point away from the maximum 65 points their closest title contenders, Blue Eagles, can reach from their two remaining games.

And on a beautiful Saturday afternoon in Blantyre, it was done. Lanjesi Nkhoma netted a goal in each half as Gomezgani Chirwa scored the other goal to give Bullets full points at home.

Reacting following the victory on the day he won his fourth successive league title in Malawi and his third silverware this season, head coach, Pasuwa, couldn’t hide his joy when the plans he started during the pre-season, worked to his satisfaction.

“If you plan well, you win games,” reacted the Zimbabwean during his post-match interview. “You saw how I was questioned by some supporters who were talking about [us not having] a first eleven.”

Explained Pasuwa: “As Bullets, we play so many games so we planned for each and every game that is coming ahead and it has helped us because we have been rotating players. We registered 30 players [and] everyone had a chance [to play] and I think by now you have seen the reward of it.”

The tactician, for the first time, opened up about the management’s earlier decision to release eleven senior players and promote youngsters from the Bullets Reserves side.

“It was what management wanted and they had given me homework where they wanted us to rebuild the team hence the reason why we had to revamp the whole team and bring in the youngsters,” commented Pasuwa.

“But also, we had a time where we went down in terms of our play and I saw the pressure was coming from all the corners, but I think we contained it and we managed to go all the way with full throttle and we are here now as champions-elect.”

The People’s Team only registered two back-to-back defeats in the CAF Champions League to Simba SC of Tanzania and a single TNM Super League defeat away to Mafco FC in as many games that Pasuwa’s charges have played so far in the 2022 campaign, but the mentor says the youngsters need all the support if they are to go all the way and do more than what they have achieved this season.

“We have a lot of youngsters that we brought into the team. We need to trust them even if I am not there, let them play, and I think this year was a learning phase for them. You saw how we struggled in the Champions League; we didn’t have the experience, so we need them to learn [because] when we go to Champions League that’s where we can say that we are ready to play football.”

Commenting on his side’s performance against Moyale on a day we needed just a point to be guaranteed the league title, the gaffer said:

“I didn’t want to give them pressure at all. I told them that any result would be accepted and I told them to go and play the way they have been playing football this season because the moment you put too much pressure on the boys, they make many mistakes hence the performance today and they did very well and we won the game.”

The result means Pasuwa’s charges have opened an eight-point gap over the Eagles with two more games to play and it’s just a matter of time before they set a new record for winning the league with 73 points if they collect the remaining six points.

Bullets will play the two remaining games at home against Karonga United on Wednesday before hosting Dedza Dynamos to wrap up the 2022 TNM Super League campaign.