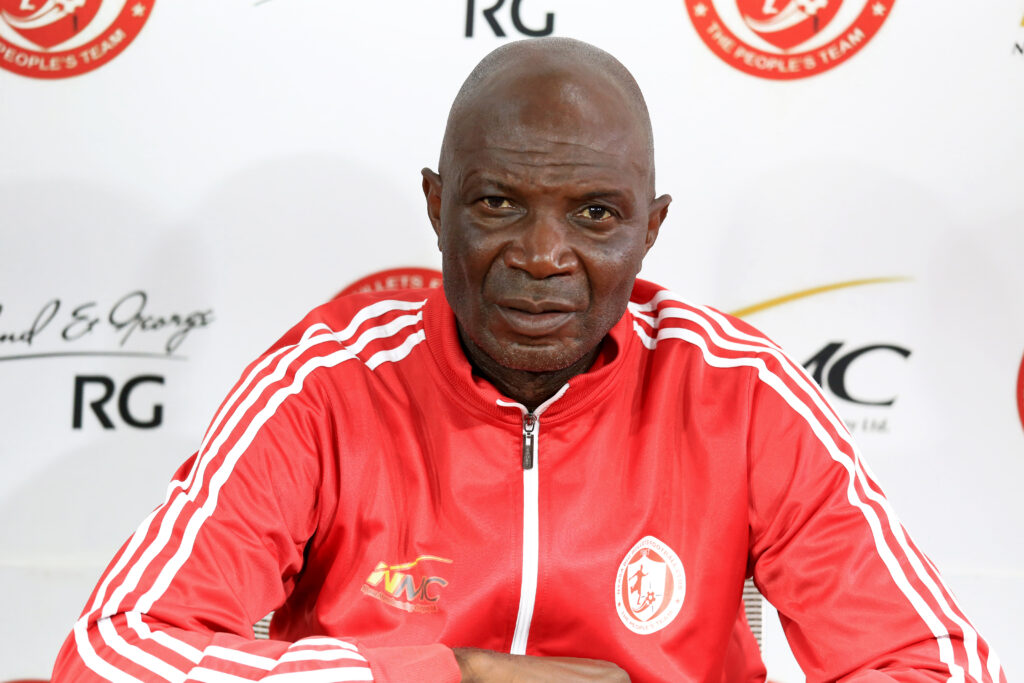 Head coach Kalisto Pasuwa spoke to the club media ahead of Nyasa Big Bullets’ trip away to Kamuzu Barracks at the Civo Stadium in Lilongwe on Sunday afternoon.

The tactician tackled a range of issues, including how his team has prepared for the showdown in the Capital City and what it will take for his side to come out of Civo with maximum points.

He also spoke about his side’s ability to score goals in the second half, having failed to do so in opening games this season as well as The People’s Team’s good defensive run that has seen the Bullets conceding only six goals in 13 games.

Coach, another important trip away to Kamuzu Barracks, how have you prepared for this game?

“We have 29 squad [members] that we registered and of the 29, we have 27 players who are ready to be part of the duty that we are supposed to go and do in Lilongwe. We have John Lanjesi and Eric Kaonga who are still out, and Alick Lungu trained with us today [following his return from injury], but I don’t think he can make it to this game against Kamuzu Barracks. But all the guys are fit. Tomorrow, we will have our final training session and then we will select 22 players who are supposed to go and do the duty for us in Lilongwe.”

Kamuzu Barracks, another side not to underrate especially when playing at Civo Stadium, what will it take for your players to come out with all the points on Sunday?

“That’s one team which is in the top four of the log table and as Bullets, we have been trying to put a system where we have said each and every team which is coming now, we shouldn’t have to take it lightly, and them being one of the military teams and very physical as well, we have been preparing our boys to be ready on those type of teams and we think we are getting it better. We hope they will fare well when we face them.”

For the first time, [against Mighty Tigers last weekend] Bullets were able to score goals in the second half having scored most of the goals in the first half, was it a relief?

“Remember, I have been talking of rebuilding the team and I even told the nation that building a team is a process where you start from the foundation, going up to the window level and then to the roof and as you can see, we have been failing to score goals in the second half but this time around, we managed to score goals and this means we are in the right direction with what we want to achieve at the end of the day.”

Lastly, 13 games played, six goals conceded, what has been the difference in defence for your team?

“We have got a system where anyone who plays well will play and we have been trying to have some of the guys who play up as wingers to play as full-backs. Football these days is very scientific and is changing every day and we want these boys to have the know-how of each and every position. For example, we have Precious Phiri who is a winger but he can also play as a wingback because we teach the players how to defend and also how to attack, which is very good in terms of depth in our defence.”