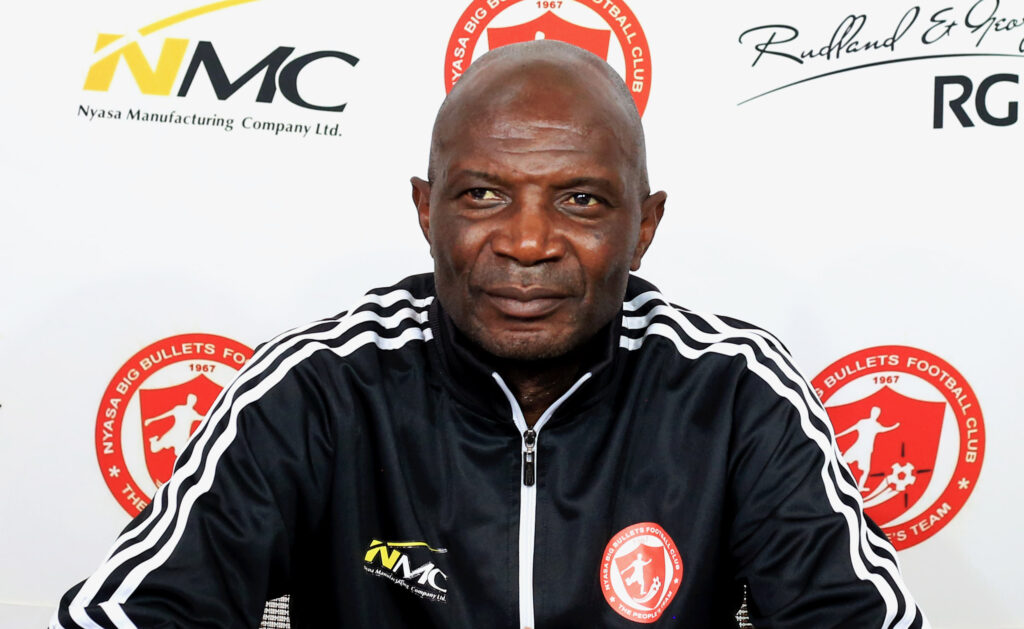 Nyasa Big Bullets are set to play the final match of the 2022 TNM Super League season against Dedza Dynamos on Saturday at the Kamuzu Stadium and ahead of the encounter, Kalisto Pasuwa spoke to club media.

Pasuwa discussed several issues including how the champions have been tuning up to host Dedza, team news, what it means for him to win the championship for the fourth consecutive time with The People’s Team and more.

Below is the full transcript of what the head coach said:

“It is the last game of the season in the league. The problem that we incur at times it’s about the attitude of the boys where at times they can easily go into the field of play saying we have won the championship.  But we sat down and talked to them, you saw even the last game that we played; it was again after a pep talk at half time that these boys had to change their attitude in the second half of the game and started playing very well.”

“It’s something that firstly I would like to thank the management. Without our management, we would not have been where we are today. You know teams are struggling and our management has been trying their best for us to be playing in the champions league, for us to be attending all the matches, for us to be having our winning bonuses, which have been coming in time. As a coach, it is an accolade in the house and something very impressive on my CV and I hope this will make me go stronger in terms of coaching football.”

“I’m one person who is learning every day, I can’t say I have won everything then I need to move up. Yes, of course, that is the ambition of everyone but again, as a coach, I have been learning even from these other coaches from the lower divisions. I have been seeing the other type of football here in Malawi and I hope next year again if anything, I will learn more about whatever we are doing.

On the chance of setting another record

Maybe I was not looking at that, I was only concentrating on the games we were playing and you are reminding me, thank you very much. Yes, it’s a record but again, like I said, I mostly prepare to get a result when I meet any team coming.

On things to take away from this season

“It has been a long season that we had problems with fatigue in terms of how matches were played. You see, at times, we had to play two, or three games in the space of four days, three days and you could see some of the regular players were getting fatigued, but we managed to be sharing energy levels with some of the guys who were not playing. It has been very hectic for us and we hope that for some of the guys who have been playing for the national team this is a chance for them to be resting…”

“We have Yankho Singo, Misheck Seleman and Hadji Wali who are missing but all the boys are available for selection for tomorrow and we hope for the best when we meet our opponents.”

On the support of the fans this season

The fans have been the 12th player in how we were doing our job.  They were very patient enough when we were starting off the season. We had a new team that we were building and you could see at times when we were playing at the start of the season, trying to grab the results, where the matches at times were not entertaining, but the support from the supporters was marvellous and they could push us to an extent of following us on outside games where we managed to pull through thick and thin. Truly from my heart, I would like to thank them so much for the support they gave us, I think this season belongs to them in terms of the support they were putting on us.”