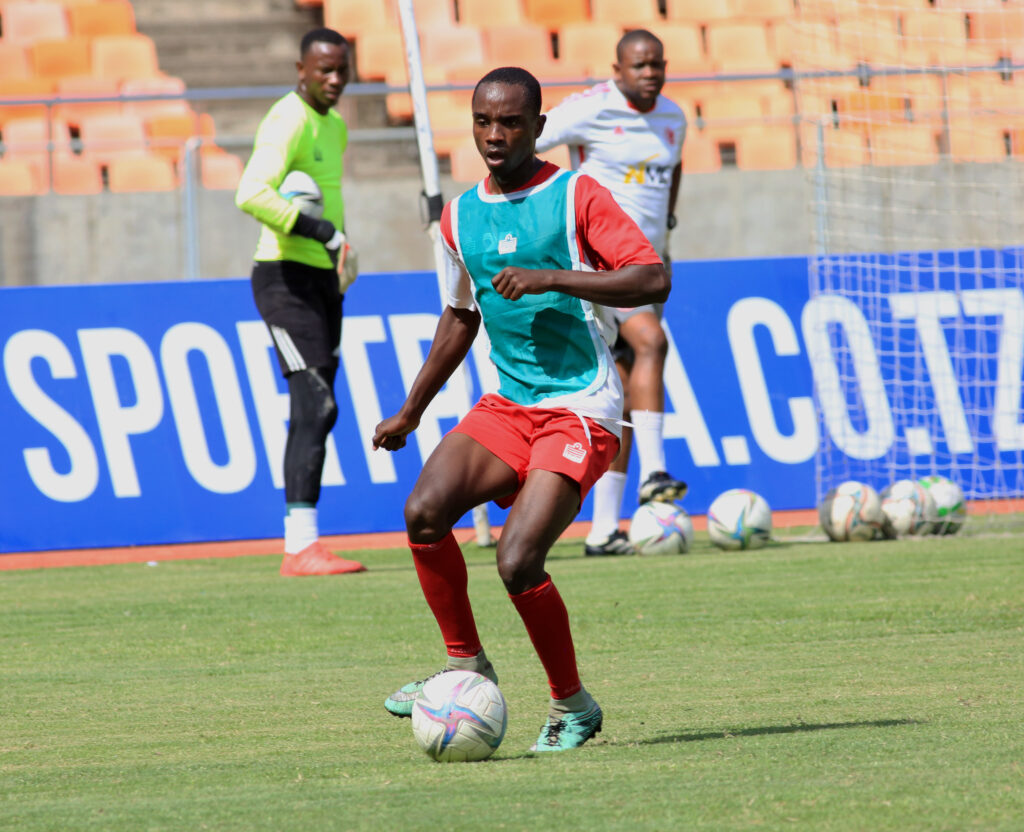 Nyasa Big Bullets are in Tanzania for the return leg of the TotalEnergies CAF Champions League first preliminary round against Simba SC at the Benjamin Mkapa Stadium on Sunday.

Bullets landed in Dar es Salaam on Friday night ahead of the task in which they will be looking to overturn a 0-2 deficit following last weekend’s loss in Lilongwe.

Kalisto Pasuwa’s men, who are yet to get past this stage of the competition having been knocked out in the preliminary rounds by Kenya’s Gor Mahia, Zimbabwe’s Platinum FC and South Africa’s Amazulu FC, have to net at least three goals and not allow Simba to score more than a goal to reach the next phase of the competition.

The hosts, meanwhile, will attempt to be more efficient in finishing the opportunities they create and would love to bury the Malawi champions in the opening minutes to avoid a repeat of what happened to them in 2021/22 season in which they won 0-2 away to Botswana’ Jwaneng Galaxy in the first leg before losing 1-3 at home and this is something that the home team will try to avoid at all cost.

They head into the match straight from their 0-1 away win to Tanzanian Prisons in the Tanzanian Premier League on Wednesday, a result which sees them remain unbeaten from the four games they have played in the top flight league and are second, same points with log leaders Young Africans but they have an inferior goal difference.

In the first leg, the Tanzanian side dominated play with their passing football and never missed from the two clear-cut chances they created on that day despite retrieving in the second half as Bullets pressed in search of a goal and possibly grabbing something out of the match.

Tactically, they proved too good and Bullets couldn’t match their pace, especially from the middle of the park where they dominated.

At Benjamin Mkapa tadium, Simba SC will be favorites heading into this final fixture.

On the other hand, the match may seem lost to The People’s Team, but we have seen teams overturning deficits to claim important victories in the return legs.

Orlando Pirates did it against the Tanzanians last season in the Confederations Cup quarterfinals, Amazulu FC did it against Bullets in the second leg when they lost the first leg 1-0 in Durban before beating The People’s Team 3-1 at the Bingu National Stadium to progress to the next round.

Recently, Jwaneng Galaxy lost their opening match to Simba SC in Botswana before scoring three goals away to tie the match and progress to the next round at the expense of the Tanzanian giants, who were favorites heading into the second leg.

However, for Bullets to overturn the tables, they need to be more clinical and more organized in the midfield. In the first leg, Bullets failed to counter-press and they were always second on the ball, creating spaces for the visitors to advance and it was too late to stop them from scoring those two away goals.

The only way for Pasuwa’s side to get something out of the match is to approach Simba SC without too much respect they showed in the first leg.

Bullets head into this match straight from the first leg defeat but they still remain unbeaten in the domestic league, sitting 12 points clear ahead of their closest challenger Blue Eagles FC in the TNM Super League and also booked a semi-final spot in the FDH Bank Cup.

The People’s Team should anticipate a very hostile environment from the home fans, with Pasuwa already advising his boys to ‘grow a thick skin’ in such difficult circumstances.

The Bullets head coach has made it clear that he will throw every spanner in attack to “get something out of the match”, but will also need to defend with caution to avoid conceding from the counter just like how his charges conceded the second goal when they were caught off-guard by Simba’s counter attack which started with a long ball from their goalkeeper.

Yamikani Fodya will not be available on Sunday after sustaining a head injury following a collision with Gomegzani Chirwa in area combat during training two days ago while Lanjesi Nkhoma’s availability is also doubtful.

Sunday’s encounter is the third meeting between the two sides in recent years. They met in 2018 in a goalless friendly match played at the same venue and their second tie was the 0-2 victory favouring Simba in Lilongwe last Saturday.

Babatunde Adepoju (Bullets): He was heavily marked in the first leg by Simba’s defenders, but on a good day, the Nigerian can deliver and inspire his team to something very important. In the first leg, he was used as a lone striker and he lacked a support system, something which Pasuwa can fix and ensure he gets all the services and if this is done, he can create spaces and provide balls to fellow attackers. He remains Bullets’ dangerous man on the field of play and if they are to overturn the tables, he is the man to rely on.

Pape Ousmane Sakho (Simba): Simba’s most dangerous player who is both skilled and lethal. The 25-year-old Senegalese international, who won African Goal of the Year, has what it takes to advance into the enemy territory and create spaces for fellow attackers from the right wing where he usually operates from. He will definitely be a man to watch for the hosts.

The match, which will kick off at 15:00 pm Central Africa Time and 16:00 pm East Africa Time, will be live on Azam TV and Bullets Media will be at the Benjamin Mkapa Stadium providing updates on all our social media platforms.

PrevPreviousBullets Reserves defeat Extreme 2-1 to reach FDH Cup final
NextMkungula: Records are there to be brokenNext