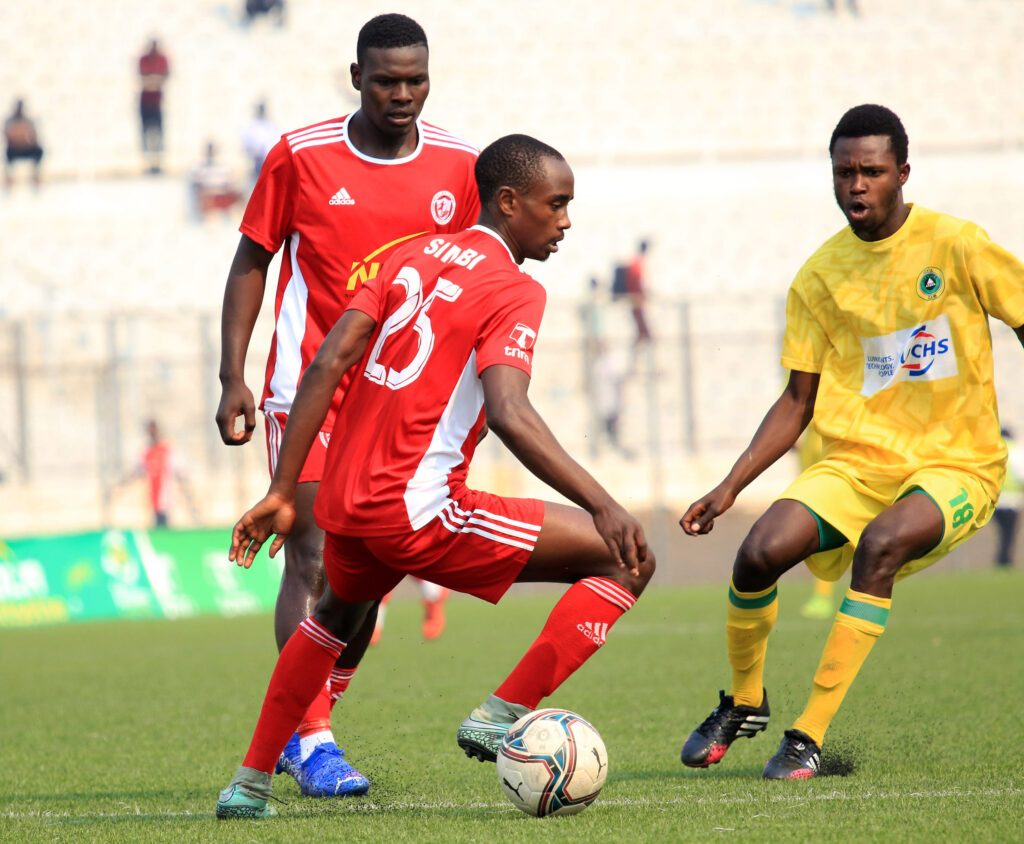 Anthony Mfune’s first-half strike was not enough to hand Nyasa Big Bullets victory after they were held to a 1-1 draw at home to Civil Service United on Sunday afternoon.

Bullets were coming from a 3-1 win over Red Lions on Wednesday whilst Civil were aiming to recover from last week’s 2-2 draw with Moyale Barracks.

Mfune broke the deadlock in the 21st minute before his goal was cancelled by Innocent Tanganyika’s second-half strike in the 77th minute for Bullets to drop two points at the Kamuzu Stadium.

Kalisto Pasuwa made four changes to the side that started on Wednesday by handing Isaac Badu his first start in the league to replace Nickson Nyasulu as Righteous Banda, Precious Sambani and Babatunde Adepoju replaced Ernest Petro, Alick Lungu and Hassan Kajoke.

The People’s Team got to a bright start and produced the first chance of the game after eight minutes when Chimwemwe Idana played a through ball into the path of Patrick Mwaungulu, who saw his effort saved by Tione Tembo.

At the other end, Chikaiko Batisoni saw his shot from the centre of the penalty box well saved by Richard Chimbamba for a corner kick.

The hosts had numerous chances to take the lead early in the game but were unable to convert the chances created.

With 20 minutes played, Bullets had an opportunity to break the deadlock from a set piece, however, Mwaungulu saw his effort from a free kick outside the box hit the Civil wall.

Mfune opened the scoring a minute later after he was found unmarked by Babatunde inside the six-yard box, 1-0.

The forward should have doubled his tally when he was played through by Idana moments later, unfortunately, his attempt was stopped by Tembo.

The Servants almost responded just before the half-hour mark when Muhammad Biasoni’s deflected goal-bound shot was saved by Chimbamba.

The home team was dealt with a massive blow when Kesten Simbi limped off after he collided with Luke Chima and the defender was replaced by Nyasulu towards the end of the opening half, as the visitors introduced Festus Chikweza and Christopher Kumwembe for Biason and Batisoni.

After the recess, Civil came out the better side and came close to equalizing from Chikweza’s long-range drive which went over the bar when passing the ball to Binwell Katinji seemed to be the better option.

53 minutes into the match, Sambani launched an attack from the left flank and released a shot which Tembo saved for a corner kick which they also easily defended.

Chances kept on coming for Pasuwa’s men and Mwaungulu had his shot hitting the upright when he was found unmarked by Babatunde’s flick from Badu’s long clearance.

The visitors made a triple substitution when Tanganyika, Nelson Kangunje and Arnold Masamba replaced Chima, Katinji and Henry Msowoya, with Pasuwa bringing on Kajoke for Banda.

Bullets should have wrapped up the match in the 70th minute when Idana brilliantly got the better of Damiano Kunje and Bashir Maunde before feeding Babatunde who was alone and with the goalkeeper already beaten, but the striker sent his effort wide when scoring looked easier than missing, to the disbelief of everyone inside Kamuzu Stadium.

The visitors levelled with 13 minutes to go as Tanganyika’s right footed strike outside the penalty box went past Chimbamba as the Bullets ‘keeper attempted to stop the ball with his legs, 1-1.

Bullets brought in Precious Phiri and Henry Kabichi for Mwaungulu and Babatunde to try to organize the midfield which was now being dominated by Civil and the absence of Ernest Petro could be seen as The People’s Team struggled to regain control of the hub.

Maunde should have given Franco Ndawa’s side a lead in the 86th minute when he released a thunderous shot from a freekick, but Chimbamba was very alert and produced one of the best saves of the match to concede a corner.

Bullets had a late chance from a freekick but Sambani blasted over the crossbar and after 90 minutes of play, 1-1 it ended.

The result sees Bullets opening a nine-point gap over Kamuzu Barracks who have played two games more than the defending champions. As for Civil, the draw means they remain in the 9th position with 29 points from 24 games.

This was Bullets’ second home draw in the ongoing campaign and they all came against Lilongwe-based teams following another 1-1 stalemate against Kamuzu Barracks in July.

Bullets travel to Mpira Stadium for a midweek assignment against Sable Farming on Wednesday.