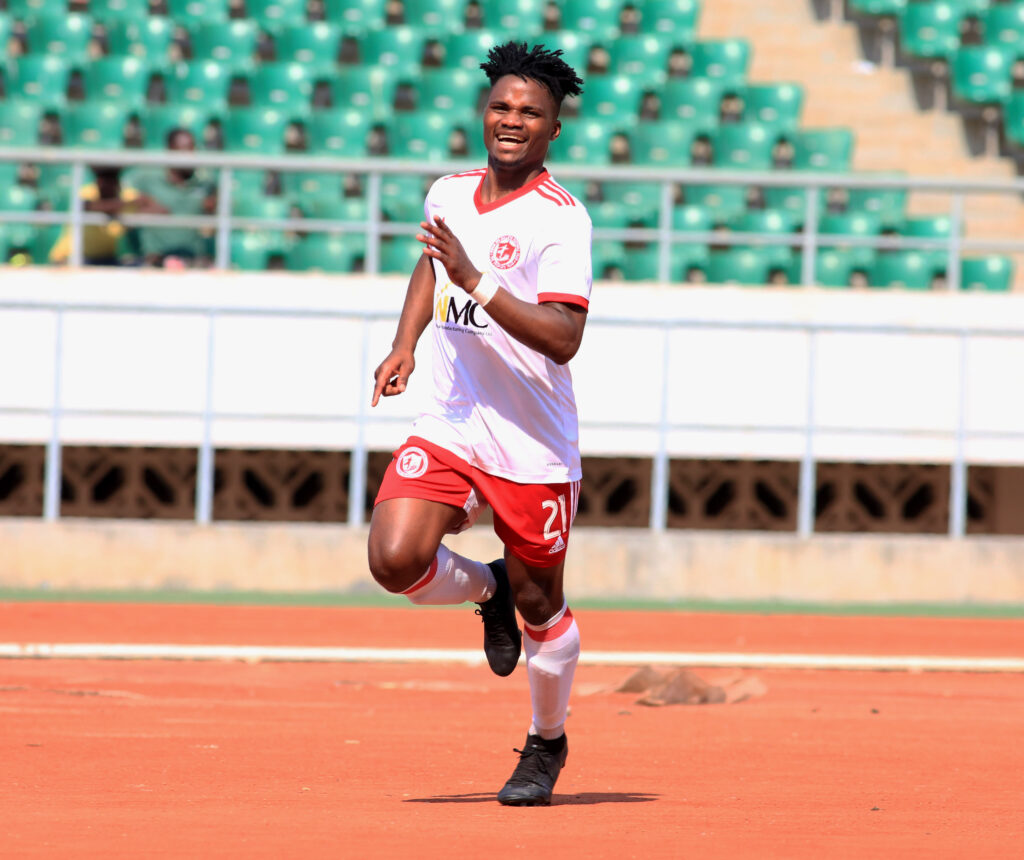 Nyasa Big Bullets gave away a lead twice to draw 2-2 with Silver Strikers in a TNM Super League match played at the Bingu National Stadium on Sunday afternoon.

This was The People’s Team’s second consecutive draw after registering a 1-1 draw at home against Civil Service United last weekend.

It was a perfect start to the match from the visitors who had a clear chance in the first minute through Nkhoma, who blasted his effort over the crossbar after he was found unmarked by Babatunde Adepoju.

But Bullets broke the deadlock in the second minute through Anthony Mfune. The forward made a brilliant run into the box before releasing a powerful shot which was just too much for Charles Thom to contain, 0-1.

This goal was a wake-up call to the Central Bankers who dominated and played a high-pressing game in search of the equalizer and their midfield enjoyed more possession through Chikondi Kamanga, Levison Maganizo and Osward Maonga, but they kept on missing chances.

Mkungula was called into action in the 14th minute when he saved Maganizo’s long-range effort for a corner kick which nearly went in but Bullets’ defense rose to the occasion to frustrate the home crowd.

Minutes later, Gomezgani Chirwa, who was improvised as a centre-half following injuries that have hit Bullets, made a million-dollar clearance to deny the Area 47-based side from finding the equalizer when Chawanangwa Kaonga got the better of Precious Sambani before sending a dangerous ball that Chirwa intervened to concede a corner.

It was Silver Strikers against Bullets’ back-four as the hosts kept on pressing from all angles. Thrice, within five minutes, Mkungula made several saves to keep us in the game.

In the 25th minute, Kabichi was yellow-carded following his foul on Maganizo closer to the penalty box, but Maonga failed to take full advantage as his effort went over the crossbar for a goal kick.

Sensing danger, Pasuwa pulled Kabichi out for Petro to try to gain control of the midfield which was entirely dominated by the Central Bankers.

But Bullets kept on chasing and they should have conceded in the 40th minute when Kaonga made a brilliant run far right and delivered a cross but there was no sky-blue shirt to finish the job.

At the other end, Mwaungulu was played through by Mfune but the winger was late to arrive and his weaker shot was well saved by Thom for a corner kick which was easily defended by Nickson Mwase.

With two minutes added to the clock, it should have been level when Kaonga was set through by Maganizo only to fire over the crossbar and that was all for the half.

In the second half, Silver Strikers made their intention known as they attacked from the word go and had an opportunity in the 48th minute through Patrick Macheso, but the Silver no.9 failed to connect home from Zebron Kalima’s cross from the left flank of the field.

Bullets had substituted Frank Willard and Nkhoma for Chimwemwe Idana and Yamikani Fodya to try to tame Silver’s dominance in the midfield.

The Bankers eventually got their equalizer in the 46th minute through Kaonga, who scored from the spot after Mpokera brought down Kalima in the box.

However, the hosts’ celebrations were shortened by Mwaungulu, who restored Bullets’ lead in the 49th minute with a powerful drive outside the penalty box to beat Thom into the bottom corner, 1-2.

Mpulura made his first changes when he brought in Stain Davie and Blessings Tembo for Maganizo and Maonga.

At 66 minutes, it was 2-2. A long ball from Maxwell Paipi to Davie found its way to Macheso who played a smart move by getting the better of Kesten Simbi and Chirwa before smashing the ball past Mkungula, who was highly exposed by his defense.

It was a one-sided affair and the hosts should have had another goal in the 70th minute when Tembo’s freekick was flicked by Davie to Kalima who failed to connect home from close range.

Bullets introduced Precious Phiri for Mwaungulu to try to add balance in a game that was dominated by the home side.

Bullets did not stop searching for the much-needed goal but they were forced to retrieve to avoid being caught on the counter.

Mfune produced a good run to the left side but he opted to shoot instead of just finding Babatunde who placed himself in the right position inside the box.

With 90 minutes played, Innocent Shema was sent off after he deliberately kicked Mfune, however, the one-man advantage could not be capitalized as the referee blew his whistle to mark the end of the match.

With the latest draw, Bullets are eight points clear of the second-placed Blue Eagles, who were beaten 1-0 away to Ekwendeni Hammers on the same day.

Bullets’ next assignment is at home against the Eagles on Saturday at Kamuzu Stadium.