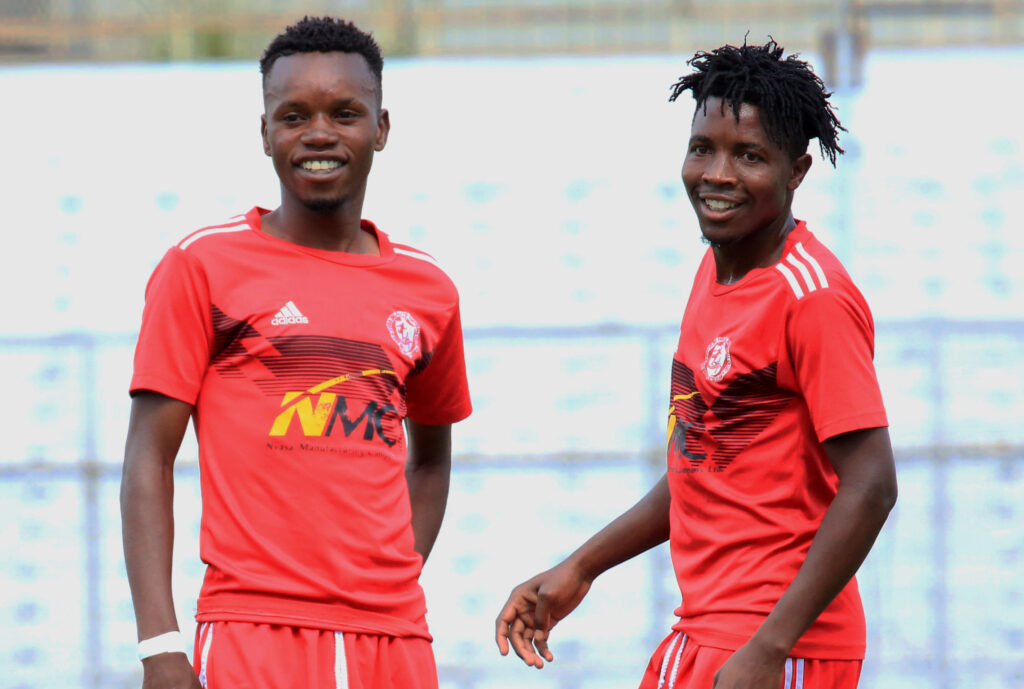 For the second time in a row, Nyasa Big Bullets Reserves have made it to the final of the Nyasa Capital Finance Cup after defeating Nsanje United 5-4 on post-match penalties at the Nsanje Community Ground on Sunday afternoon.

Despite dominating both halves, the defending champions could not win the game during the regular playing time. The hosts proved resilient enough to force a goalless draw that sent the tie-breaker straight into penalty shootouts.

Our main team lost to Mighty Mukuru Wanderers 5-3 on post-match penalties in the Airtel Top 8 Cup on Saturday, and with the club still traumatized by that result, the atmosphere was nervy watching our youngsters involved in what was their fourth penalty kick out this season in different cup competitions.

Nonetheless, their clean record in these tense moments continued and Rahaman John, just like he has done on all those past occasions, emerged as the hero. The short-stopper was in his spiderman mood again as he saved a single penalty kick and scored the winning one for us to go through to this year’s Nyasa Capital Finance Cup final.

With this result, our youngsters have set a date with Ndirande Stars, who beat Baraka United in the semis on Saturday to be the first team to reach the final stage of the competition.

The hosts, who play in the third division, managed to cause three shocking results against second-tier teams on their way to the semis.

They first beat the former TNM Super League outfit Ntopwa FC, before dumping Bangwe All Stars out of the competition in the quarter-finals and later saw the better of Mighty Mukuru Wanderers Reserves.

Nonetheless, on Sunday they couldn’t be the shockers they have competed as they fell on the wrong edge of Nyasa Big Bullets Reserves’ blade.

Both teams played out a cagey game in the early minutes as they moved the ball rather more cautiously with little aggressiveness going forward.

It was until after the first ten minutes that the tie burst into life. In the 12th minute, Chimwemwe Yassin and Chikumbutso Salima combined well to work out a slick move through the hosts’ central defence, but a firm low strike from the latter was saved at the near post by United’s goalkeeper James Kampango

Looking to quench our early goal thirst, we launched attack after attack, but somehow the Lower Shire outfit remained unbroken. Frustratingly, the defending champions, despite their sheer dominance in the opening half were unable to open the scoring.

The story was still the same in the second half. The hosts could only be allowed short spells of seeing the ball while the young guns of Maule, for the larger part, claimed authority in the enemy’s territory.

All the same, the closing half could only finish like the opening, goalless. The match, which was played under extremely hot conditions, went straight into post-match penalties where Rahaman John proved our saviour again this season.

Our youngsters, who have already won the 2022 Powerstart Cup, are also set to face Silver Strikers in the final of the Aubrey Dimba Trophy on Christmas Day.

They are as well on the course of defending the ThumbsUp Southern Region Premier Division League title as they await to clash against Changalume Barracks in a two-legged semi-final of the competition.

Should they win against Changalume they will face Bangwe All Stars in the final.

As it is, it means that the 2022 FDH Bank Cup runners-up have a chance to claim a quadruple this season.

“It was a tough match, typical of a cup game. We played well and dominated the game but we were lacking the clinical touch in the final third. We were playing on a difficult dry pitch but all in all, I’m happy for the team for the hard-fought win which has sent us through to the final. We will now shift our focus to the final where we will play against Ndirande Stars, who are equally a better team.”

Rahaman John on getting into the final

“I can only give thanks to God for the victory. As a team, we have done a great job and are happy to get into yet another final. We have not yet won the cup; we still have to go back to the training pitch and listen to our technical panel on how we can approach the final.”

The defending champions will, after this win, face Changalume Barracks next weekend in the first leg of the 2022 ThumbsUp SRFL semi-final. Should they win over the military outfit they will get into a fifth final this season.