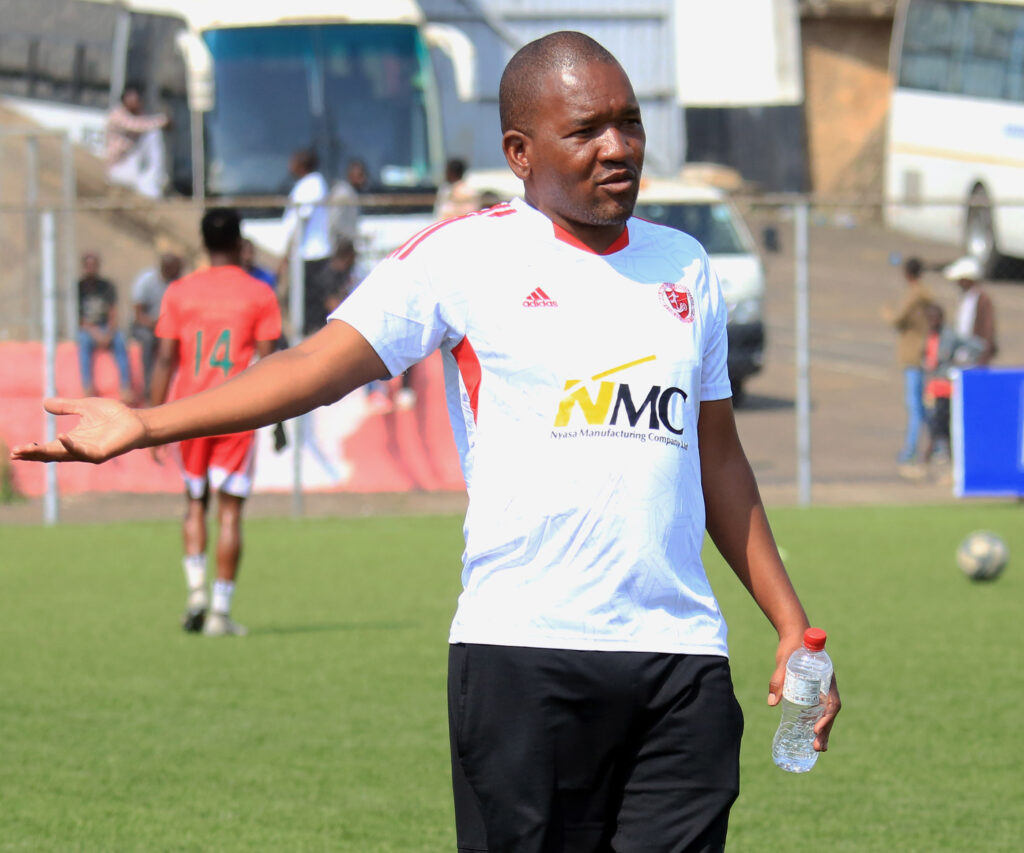 Nyasa Big Bullets Reserves will make a return to ThumbsUp Southern Region Football League action with an away match against Immigration at the MDC Stadium on Saturday.

Placed third in Group 2 standings, young Bullets are only four points behind MDF Marine, who lead the group with 35 points. Advantageously, the Marines, who have played 16 games so far, have played three games more than Bullets.

If our youngsters will be dreaming about reclaiming the crown in Group 2, they must be well aware of the importance of producing a win on Saturday.

Speaking to club media, coach Enos Chatama has expressed the importance of this tie marking their return to the ThumbsUp SRFL.

“It is an important game. We need to win it, but we know that our friends also want to win. We just have to be prepared on our side to tackle them and see what will happen after 90 minutes. If we win the game, it will be better for us [because] it will increase our chances of finishing first in Group 2 as you know that MDF Marine are top of the table. It will be difficult for us if we don’t take points in this game,” said Chatama.

Immigration are fifth in the standings and will be going into this game coming from a 2-1 defeat at the hands of Changalume Barracks. They will need to be at their best to match Bullets Reserves, who have been red-hot lately.

Young Bullets are off the back of a historic and incredible comeback win over Blue Eagles in the FDH Bank Cup last weekend and will need to replicate their sweeping performance to register another win in the league and close the gap between them and MDF Marine at the top.

Aware of the excitement in existence within the Bullets Reserves team after reaching the semi-finals of the national competition, Chatama has warned against over-confidence and complacency among his players when they play away in Blantyre City West.

“Immigration FC are a good team and they will always want to win. They know that Bullets Reserves are doing fine as of now, and they will want to break the record and show us that they can upset the tables. However, we have to be ready for them, although we are playing them at the MDC Stadium which is not in good condition as of today.”

There are four key players likely to miss the tie. The ThumbsUp SRFL leading goal scorer, Emmanuel Saviel, will sit out with a groin injury.

Chikumbutso Salima, who grabbed a brace of assists last Sunday against Blue Eagles, will also not be available through injury.

Chifundo Sapuwa has resumed training this week after spending time out nursing his knee, but the defender won’t be fit in time for Saturday’s match.

Bullets Reserves’ number one goalkeeper, Rahaman John, who has kept seven league clean-sheets this season so far, is also an absentee on Saturday.

Should they emerge victorious at MDC on Saturday, our youngsters will complete home and away wins over Immigration whom they thrashed 4-1 in the first round. Most significantly it will move them up to the second position, eclipsing Changalume Barracks, and cutting the gap to one point behind the Group leaders.