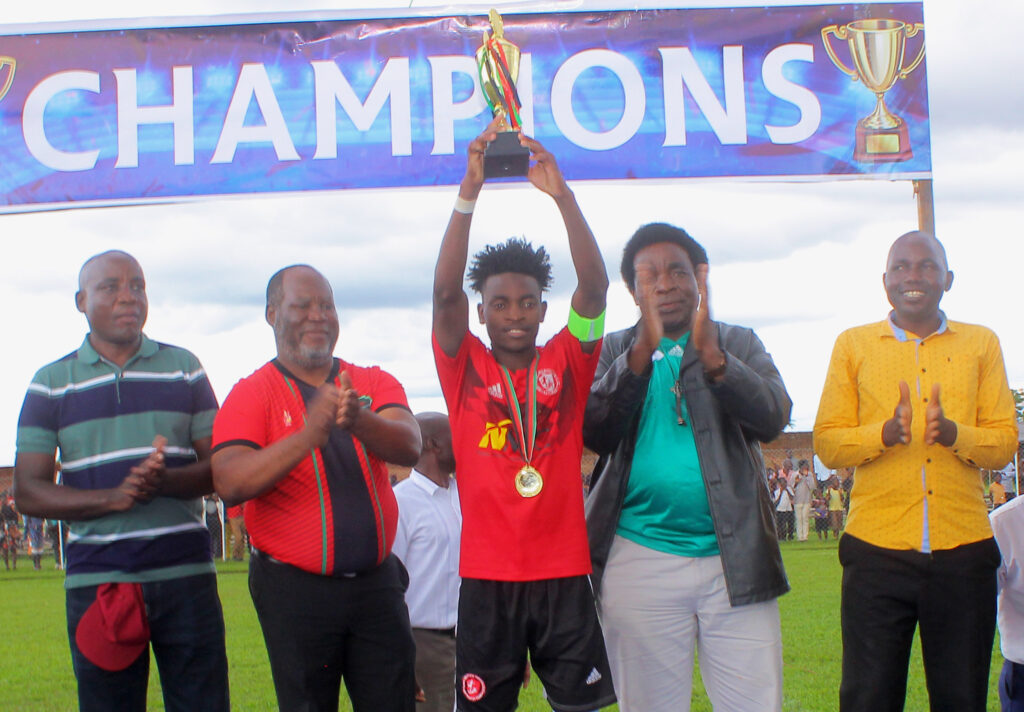 Action swung end to end for the larger part of the opening half but clear-cut chances were hard to come by for the two sides that seemed equally keen to get their foot in front in the finale.

The tight style of man-marking by the young Bankers’ backline saw our attacking force camp in the final third without really finding an opening for penetration.

In their spells of dominance, Silver Reserves aimed to cause us havoc mainly through their overlapping right back Frank Sanudi, who was relentlessly storming forward on the by-line before cutting dangerous diagonal crosses into our area.

With the defences of both sides looking solid in their shape, the attacking forces of both teams could not find a breakthrough until the halftime break arrived.

Looking for an improved second-half performance, coach Enos Chatama made a double change by throwing in Lyton Chinong’one and Chrispin Mapemba, who replaced Franklin Titani and Macray Chiwaya.

That change momentarily gave us the lion’s share of ball possession before the young Bankers claimed another spell of theirs to shine.

Twenty-four minutes into the second half, the Central Region youngsters almost broke the deadlock when Sanudi unleashed a thunderbolt strike which Rahaman John masterfully tipped away to fend off the danger.

Four minutes after giving us a real threat, Sanudi got himself red-carded after a nasty open-boot four on substitute Mapemba.

With ten more minutes left to play, the Silver Reserves were braced for the nervy ending of the tie with ten men.  Unable to absorb the pressure of playing with a man down, the young Bankers were finally undone by Mapemba at the stroke of full-time.

The substitute beat two opponents near the arc of the box and thumped a fierce strike which Emmas Nyirenda could not prevent from rippling the back of the net to make it 1-0.

Nonetheless, they did not sit back and put their hands up but instead continued to fight for a late equalizer in the seven minutes of added time.

Twice they nearly scored but squandered glorious chances in our box, unable to take their chances and they could not avoid yet another defeat at the hands of our youngsters, who also beat them 4-2 in the final of the same competition last year.

The run to second

The champions started off their title defence by thrashing a Zambian outfit, Real Mpezeni 7-0. In the quarter-finals they booted out AS Villa of Mozambique and to reach this year’s final of the Aubrey Dimba Trophy, our youngsters narrowly defeated Kamuzu Barracks Reserves 1-0.

The juniors of The People’s Team were crowned as the Aubrey Dimba Champions on Sunday and went on to see most of its members being recognized for their outstanding performances throughout the tournament.

The three goals our captain Yamikani Mologeni scored in the tourney won him the Golden Boot award.

Rahaman John scooped the Best Goalkeeper award as he finished the competition without conceding a single goal.

For guiding his side to a successful title defence, Chatama was recognized as the Best Coach of the tournament.

With another successful final today, it means that our youngsters’ dominance in the Aubrey Dimba tournament is enlarging.

Having won the inaugural edition last year it means that their name remains the only one on the trophy.

The 2022 FDH Bank Cup runners-up have now lifted their second silverware this season. They won the PowerStart Cup earlier this year and await to play in the Nyasa Capital Finance Cup final next Thursday at the Kamuzu Stadium.

A quadruple is now up for grabs for our youngsters, all they ought to do now is to win Thursday’s final and go on to defend the ThumbsUp Southern Region Football League in which they await to play Changalume Barracks in the semis.

“A very tough game, Silver Strikers Reserves played a better game. It was more or less a fifty-fifty game, we played and they played. They dominated towards the end but I told the boys we would hit them through a counterattack. We did that and scored a goal.

“It has been a wonderful game, Silver Strikers are a good team, they gave us a tough run for our money. It is an encouragement to them; they are forming a good team for the future.”

After tightening their grip on the Aubrey Dimba Trophy today, Nyasa Big Bullets Reserves have another title defence to complete on Thursday when they play Ndirande Stars in the 2022 Nyasa Capital Finance Cup final at the Kamuzu Stadium.