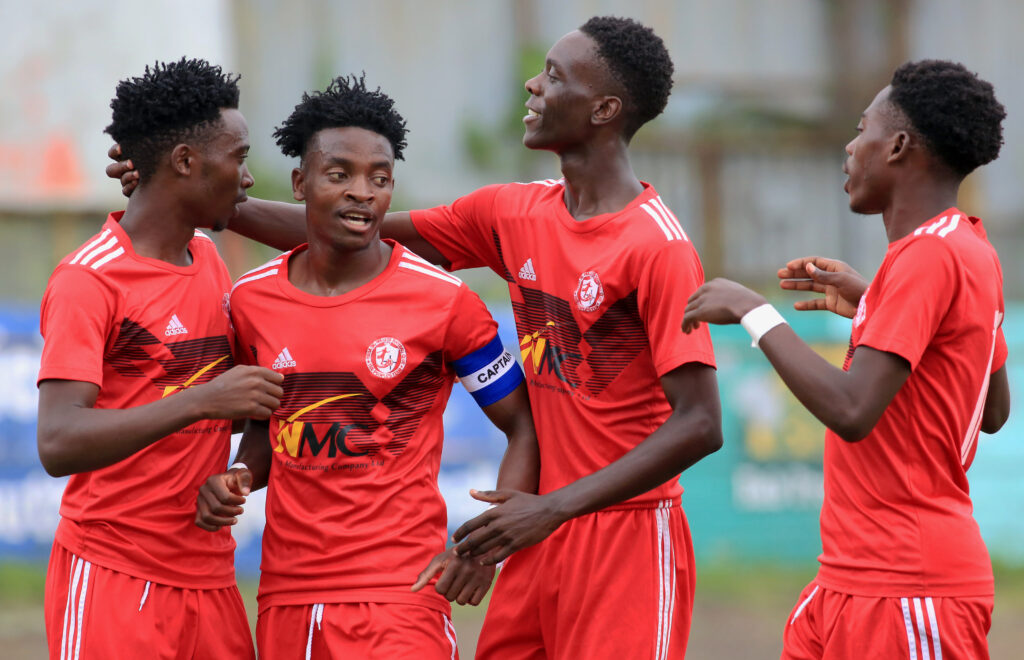 It was a slow start to life for Enos Chatama’s side, but Chikumbutso Salima was able to put them in the lead just after 8 minutes when his shot was fumbled into the net by the TNM Super League relegated side goalkeeper, Mando Dailesi.

Moments after the opener, Salima was at it again, this time around, heading over the crossbar inside the six-yard box following a brilliant cross from Yamikani Mologeni.

Sensing danger, the ‘Amagheto Kids’ technical director and coach Isaac Jomo Osman had to make a double change just after the half-hour mark when he introduced Japhet Kamzimbi and Samuel Sambani for Martin Khembo and Ernest Leonard.

The Bangwe side their first shot at goal on 36th minute through Clever Chikwata from the edge of the penalty box, but Rahman Julius was equal to the task with a terrific save to deny the hosts an equaliser.

In the last four minutes of the opening half, Ntopwa had two long range shots going wide off Julius’ goal and Bullets Reserves went to the break with their slender lead.

In the second half, it only took Salima 12 minutes to double his tally with a brilliant goal following a good move which was started by Mologeni to Felix Dumakude, who later released Chimwemwe Yassin before setting up the forward to fire past Dailesi to the bottom corner, 0-2.

Lyton Chinong’one should have registered his name on the scorers’ chat when he was set through by Yassin to find himself in a one on one situation, but the holding midfielder fired wide from an angle which would have made it very easy for him to put the ball into the back of the net.

In the 68th minute, Julius was called into action to stop Chikwata from reducing the arrears when he produced another brilliant save after his defence was caught napping in the line of duty.

Chatama made his first substitution in the 77th minute when Alex Tsamba was replaced by Wongani Kaponya, whilst Ntopwa brought on Veve Gona and Mohamed Khorsheed for Chikwata and Selemani Saizi to improve their attacking options.

Bullets Reserves had another opportunity in the 85th minute through Mcray Chiwaya after he created some shooting space for himself when a pass from Mologeni found the midfielder but his drive went over the crossbar in unbelievable circumstances.

However the young Bullets were able to add a third goal through substitute Kaponya, who fired past Dailesi inside the 18-yard box to score his first goal for The People’s Team following his move from Maggie Chombo Academy.

Speaking after the final whistle, Chatama said he anticipated Ntopwa FC’s resilience but he knew a breakthrough was possible.

“A tough game especially in the first half because I knew that Ntopwa would come very hard on us, but we managed to score and went into the break leading.

“In the second half I had to advise my boys to continue pressing and we could have had more goals but we scored two to make it three in our first match of the season, which is not bad for a start,” said Chatama.

On the performance of his new recruits Kaponya, Andrew Lameck and Gift Jossam, who has been promoted from Bullets Youth, Chatama said:

“They did well being their first match and with time they will settle down. I have a good team but what is important is to be patient and allow them to adapt to our philosophy.”