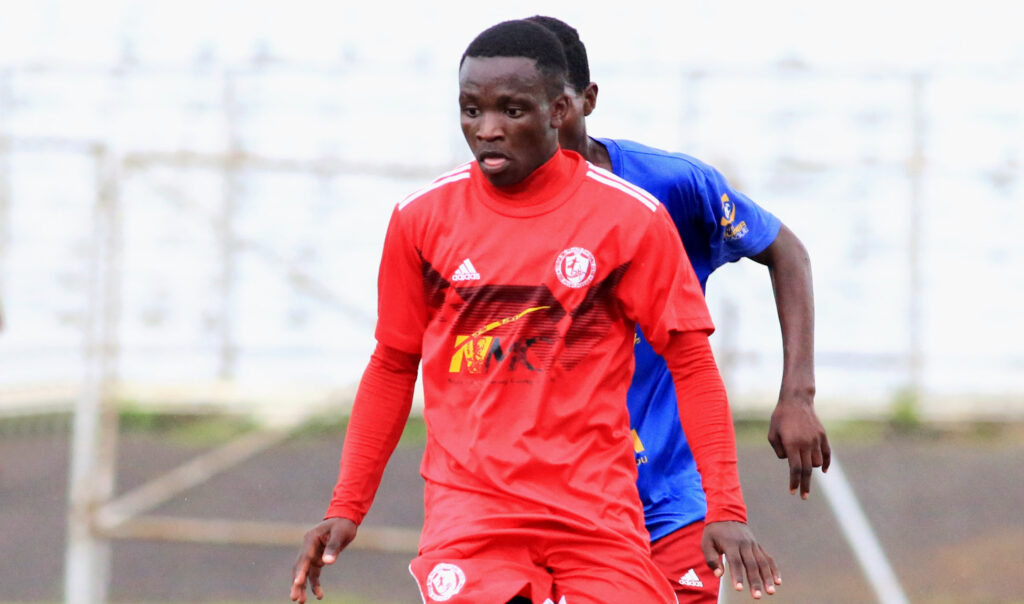 Hellings Mhango scored a goal in each half to inspire Nyasa Big Bullets Youth to a hard-fought 2-1 win over Blantyre United and reach the Manchester Motor Mechanical Center Under 20 Cup final at Kamuzu Stadium on Saturday.

Bullets Youth had to come from behind after they conceded in the 24th minute through Gift Lamowa, who scored a stunning goal from the left flank into the far post when goalkeeper Dankeen Kumimba was out of his line.

But before the equalizer, Daniel Kudonto created Bullets Youth’s clear cut chance only to be denied by Blantyre United goalkeeper Dingani, who kept his header away from hitting the back of the net after Lawrence Bitton had seen his long range shot missing Kumimba’s upright with an inch in the 18th minute.

The visitors, who had started on the front foot had their efforts for an early goal pay dividends when they punished the Autry Kalulu boys six minutes before the half hour mark when Lamowa spotted Kumimba out of his line before curving the ball to the top corner, 1-0.

This goal brought more rhythm to Blantyre United, who had another goal bound shot blocked by Hadji James.

At the other end, Kudonto’s individual brilliance saw him relapsing Aubrey Massford, but the young Bullets forward failed to connect home from close range.

Bullets Youth made a first half substitution when Kalulu brought on Blessings Mofolo for Wongani Kamanga to try to regain control of the midfield, which was mostly dominated by Boniface Makwale and Demister Bhima and this paid off as the hosts equalized with just two minutes to go before recess when Mhango finished off Massford’s low cross drive to put the ball into the back of the net with his left foot.

After the interval, Blantyre United continued from where they stopped off through their attacking trio of Bhuma, Francis Chinomba and Lamowa, however James, Kumbukani Manto, Nabil Kazembe and Jali Daudi made life difficult for the visitors to penetrate the final third.

In the 57th minute, Daniel Nyambose missed a seater when he failed to connect home Mofolo’s cross inside the six yard box.

This miss almost punished Bullets when the defence was caught off their line of duty through a well mastered counter attack orchestrated by Bhima, but Kumimba came to the hosts’ rescue with a brilliant save.

Makosa was then replaced by Chikondi Malefula for the hosts, who were looking for the much-needed winning goal.

Bullets were vulnerable in defence, but Blantyre United could not utilize as some of their dangerous balls into the attacking zone found no one to the relief of Kalulu.

Nyambose had his shot well saved by Dingani in the 70th minute for a corner which was well cleared by Wellington Chathyoka.

However, Dingani could not do anything to prevent Mhango from doubling his tally with a beautiful flying header from Nyambose’s cross, 2-1.

This gave Bullets a massive advantage as they kept on pushing for more goals and Mhango almost grabbed a hattrick, but the forward was unfortunate to see his drive blocked for a corner by Blessings Kamanga.

With two minutes to go before the full time whistle, the visitors came closer to equalizing but substitute Chisomo Lupiya had his shot off Kumimba’s goal when scoring seemed more easier than missing and after 90 plus four minutes of play, Bullets Youth progressed to the final and will face Ndirande Stars, who defeated Griffin Youngsters 4-3 on penalties following a 1-1 result in the first semi-final match.