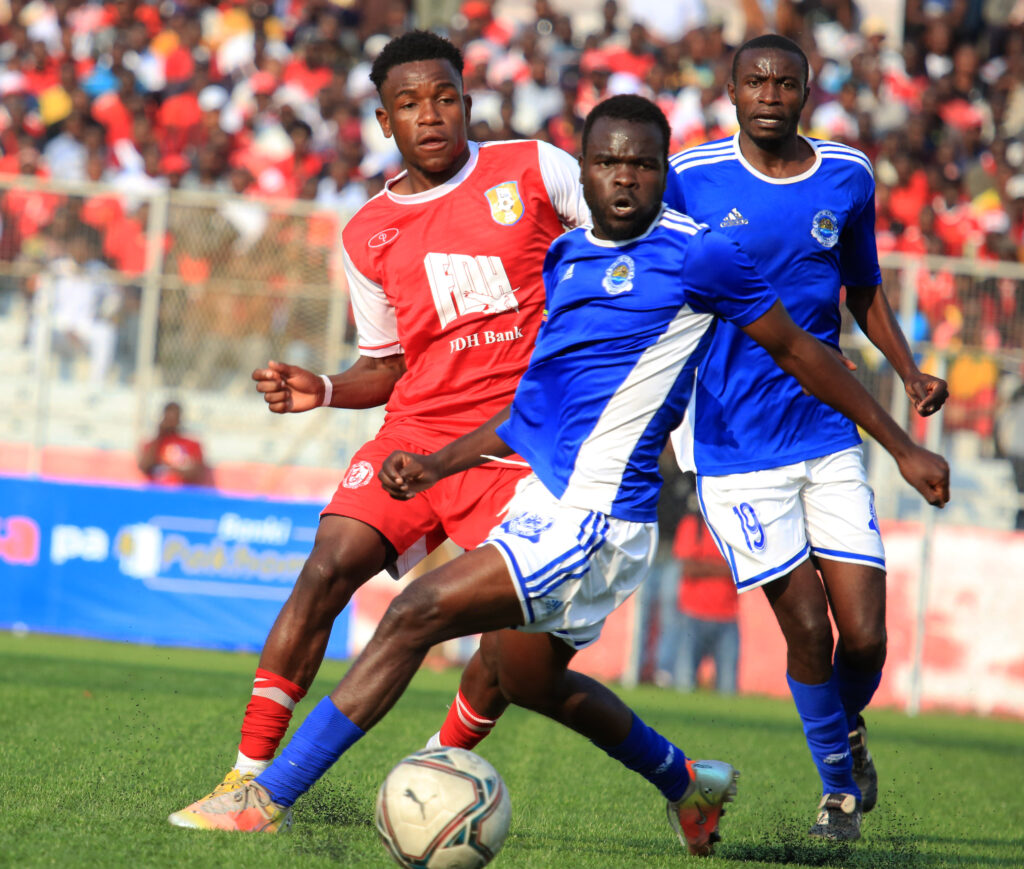 There will probably be a few comebacks in the history of the competition to match the one young Bullets mounted in a dramatic fashion against the TNM Super League outfit on Sunday afternoon.

And if you love tales of sweet revenge, one of the greatest of them was narrated by Enos Chatama’s boys with a scintillating performance against a side that knocked them out of the 2018 FISD Challenge Cup in the most painful way.

After the match, the Eagles players trudged to the dressing room in tears with their heads cast down in embarrassment as our youngsters ran around the field full of joy.

As they have been in the previous two rounds of this cup campaign, young Bullets were defiant in the match’s opening minutes. Down on the left, inside 10 minutes, Chikumbutso Salima broke loose and raced into the box, unfortunately, his cut-in pass towards the unmarked Emmanuel Saviel was intercepted by the visitors’ defence.

Showing pace and hunger in the final third, Bullets Reserves caused the opposition defence all sorts of problems, looking so likely to first establish the lead in the game.

However, the dominance they enjoyed in proportion ratios did not yield them any reward.  And completely against the run of play, it was Eagles who scored the opening goal in a manner that seemed like a gift to them.

Bullets Reserves centre-back Happy Mphepo, who at 17 was the youngest player in the match, failed to clear the opposition’s quickly taken throw-in and that allowed the Eagles to sneak in and find Chifuniro Mpinganjira, who connected well with a flying kick to make it 1-0 in the 35th minute.

Going behind when they had been the liveliest side of the day was a big question on the mental aspect of our youngsters. However, they refused to swerve away from their game-plan as they carried on until the halftime break, looking right into the game despite the visitors’ lucky lead.

The story of the first half ended disappointingly, but the pep talks our youngsters received from Chatama during the halftime break did not take long to change the narrative of the game in the second half.

Two minutes after the restart, the lads got themselves back into the game and pulled one back.

Salima made a run into the box similarly as he did at the start of the game and this time his cut-in pass picked out his fellow winger, Wongani Kaponya, who emphatically guided the ball into the net to make it 1-1.

Intriguing expansive and offensive football was on display from our junior side after the equalizer as they kept making real threats at the Eagles goal.

Conversely what had been an entertaining quarter-final showpiece was tainted by some ugly scenes which popped up following protests by the fans against the assistant referee’s decision to award the visitors a corner kick when the ball was seemingly not out of play. The game had to stop before restarting after six minutes.

The forced break did not lower the steam in our youngsters though.  They did not cease to attack at a speed like that of a bat escaping from hell. With wilder attempts at goal, our attacking force kept the visitor’s goalie busy with no breathing space but were unlucky to get the second.

With Bullets engaging in all-out attacks, Blue Eagles looked comfortable sitting at the back while aiming at hitting us with counter-attacks, which their captain, Schumacher Kuwali, orchestrated well but lacked a supporting artist to turn them into a goal.  The match would wind up to the last minute of normal time with both teams failing to grab a winner.

What wasn’t in everyone’s mind was the drama that awaited in the game’s dying stages. After half of the six minutes of the added time was played, the tie looked like it would be decided on post-match penalties but that seemed not to be the desired plan for our youngsters who somehow forced the issue to find the winner in the 94th minute.

Midfielder Lyton Chinong’one, who had been a marvel to watch throughout the match, was set up inside the visitors’ box and with his weaker foot whacked the ball into the net to cause the thousands of Bullets fans to erupt into wild celebrations.

The scenes after that goal were amazing but when the referee blew the final whistle shortly after that, they went beyond that. Back in 2019, Blue Eagles knocked our youngsters out of the Fisd Challenge Cup in the round of 16 through post-match penalties, and issuing their revenge three years down the line, in the quarter-finals of the 2022 FDH Cup, was truly a great feat for every Bullets faithful at the Kamuzu Stadium.

This historic quarter-final win sends Nyasa Big Bullets Reserves into the semi-finals of the FDH Bank Cup where they will meet their fellow second-tier outfit, Extreme FC, who knocked out Changalume Barracks on the same Sunday afternoon at Balaka Stadium.

While waiting for the dates of the FDH Bank Cup semi-finals to be announced, Chatama and his boys will now put their focus on the ThumbsUp Southern Region Football League action which will follow next weekend.

PrevPreviousPreview: Bullets Reserves vs Blue Eagles
NextPasuwa on tight schedule: “We have to prepare for anything”Next