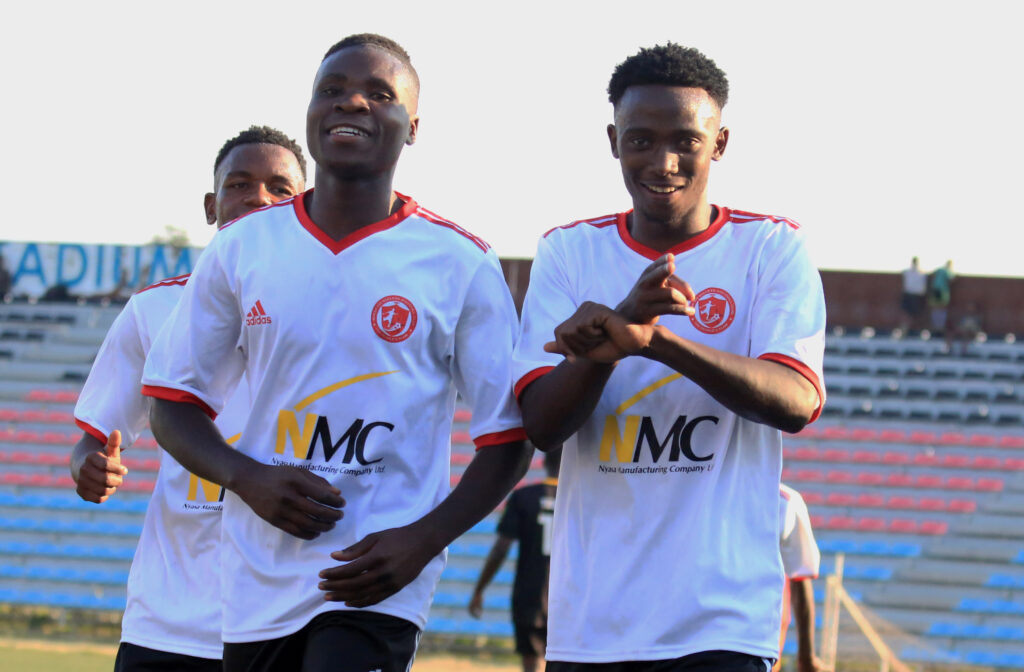 Nyasa Big Bullets Reserves were back to winning ways on Thursday afternoon with a 1-3 victory over Steffords FC to book a place in the Nyasa Capital Finance Cup quarterfinals.

Three second-half goals from Yamikani Mologeni, Lyton Chinong’one and Chikumbutso Salima inspired the Enos Chatama boys to the next stage of the competition where Immigration FC await to face them.

The victory was all that our youngsters needed considering their downtrodden defeat in the FDH Bank Cup, losing by the same margin they inflicted on Steffords to Nyasa Big Bullets main team.

For larger periods of the opening half, Nyasa Big Bullets Reserves were untouchable against the hosts, who despite their tireless tracking were left chasing shadows.

Franklin Titani delivered a crisp free-kick two minutes from the start but it went across the area begging for a touch.

Showing lovely runs towards the box, Titani again exchanged touches with Macray Chiwaya before fluffing a glorious scoring opportunity with a baby shot that was too easy for the opposition goalkeeper to deal with.

Steffords were made to run and sweat profusely by our passing game but somehow, they remained unbroken and kept us at bay.

As the first half was coming to an end there were some heart-in-the-mouth moments in the match. The hosts hit the post through a brilliantly struck free kick and Chinong’one on the other end released a thunderbolt strike which skewed wide after having a deflection.

Without stopping, Bullets Reserves had been decoying and lurking to strike in the final third but finished the half unable to get their breakthrough.

The plot remained the same for the young Bullets in the second chapter of the game. They kept much of the ball in their pursuit for the opener and seven minutes after the restart Yamikani Mologeni stunningly broke the deadlock with a beautiful strike from outside the box, perhaps one of the best he ever scored in Bullets regalia.

A few moments later Macray Chiwaya orchestrated some sharp penetrative football in the middle of the Steffords defence. After a quick exchange of passes, the midfielder released Chinong’one, who took the score to 0-2 with a simple finish.

Two-nil down, Steffords refused to be written off. They replied by pulling one back through Mike Thom who headed the ball past Rahaman John after the Bullets ‘keeper failed to cut an in-swinging cross from the right following loss of concentration by his defenders.

The closing minutes were seesaw for both sides. Each team looked like scoring or conceding but when Chikumbutso Salima scored a fabulous freekick three minutes before the stroke of full time, the case was closed.

Felix Demakude, Aaron Chilipa and Wongani Kaponya were all missing out on today’s action through injuries.  And Chrispin Mapemba could also not last the first half on Thursday afternoon as he pulled out through a knock. This will probably be Chatama’s headache as his side sets for some congested catch-up fixtures in the ThumbsUp Southern Region Football League.

“It is a good win for the team. We started on a bright note, we created so many chances in the first half and missed a lot of them. In the second half, we came back stronger. We scored two and conceded one goal which could have been avoided and we scored the third towards the end of the game, it’s good for the boys, it’s good for the morale of the team. As you know when a team is coming from a loss it is difficult to pick up and get a win.”

There will be no lull or rest for our youngsters who after today’s big win will be back in action tomorrow. They will take on Mighty Mukuru Wanderers Reserves during the International Youth Day Commemoration ceremony the Blantyre City Council is organizing at Kamuzu Stadium. Next Wednesday they will also be in action in the league.