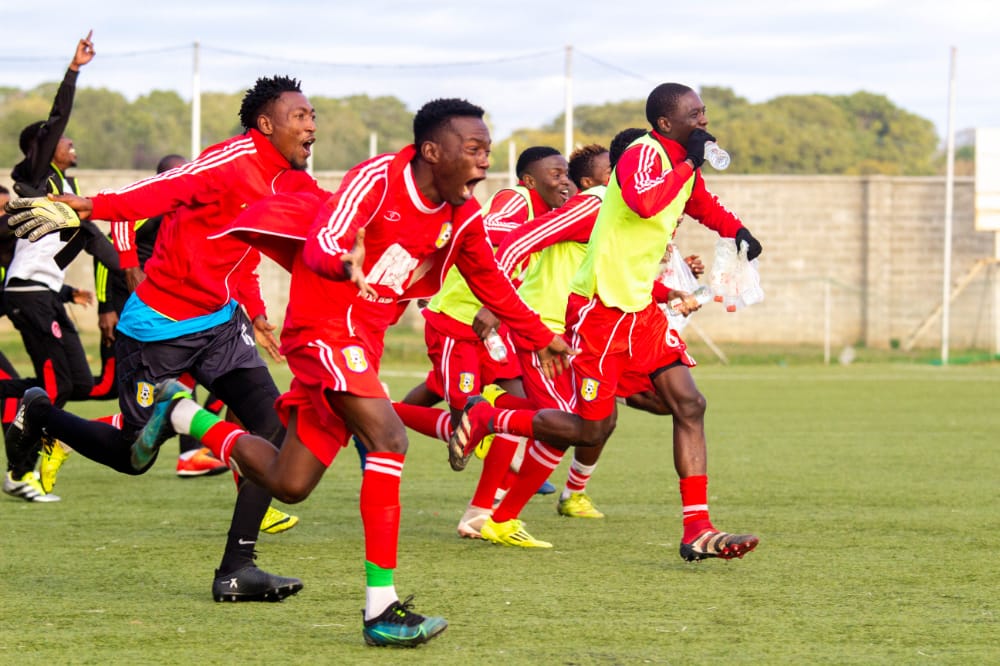 The TNM Super League outfit, who came into the game off the back of five straight defeats in the league, were utterly dominated in both halves of the match by young Bullets, who should have finished the game in 90 minutes.

Swashbuckling in their play, Enos Chatama’s boys made a strong start to the match. With a slick exchange of passes, they thrice opened up the Tigers defence, registering a shot on target and winning two corners inside the opening 10 minutes.

The Bullets fans in attendance were on several occasions off their seats and buzzed in disbelief for our young lads’ near-misses and lovely collective team moves collapsing on the edge of the box.

Struggling to play the passing game they are recognised with, Mighty Tigers resorted to dashing long balls into Bullets Reserves’ box through their deadly left back Frank Chikufenji, but the youthful back-line showed compact organisation to deal with them.

The opening goal that looked inevitable since the start of the match never came. Goalless, the first half ended.

Matching his first-half output, Chikumbutso Salima was terrific after the interval as he continued to gleefully take on the Tigers’ defenders, tearing them apart with his pace and trickery down the left flank. Despite his numerous successful dribbles and dangerous runs into the box, the youngster saw his goal-bound shots excellently blocked by the Tigers defenders.

However, Bullets Reserves were dealt a blow moments later when midfielder Felix Demakude was stretchered off the field after suffering an acute muscle cramp, forcing Chatama to bring on Gift Jossam in the 76th minute.

The forced change did not alter the authority the young lads were enjoying on the ball, however. With two minutes to go, Bullets Reserves’ number 10, Chimwemwe Yassin, who had been in the mood throughout the match, was presented a glorious chance in the box to score what could have been a winner, but was somehow denied by Tigers goalie, Dalitso Khungwa. Immediately after seeing his shot saved, Yassin punched the air and screamed in frustration while the fans buzzed in disbelief.

Referee Mwayi Msungama blew the final whistle without no additional time and the tie went straight to penalty shootouts, where Rahaman John emerged the hero to inspire Bullets Reserves to a 3-2 victory following a goalless draw in regulation time.

The result means the young Bullets will face another TNM Super League side, Red Lions, in the round-of-16 following their triumph over the fellow military side, Zomba Airbase at Balaka Stadium on Sunday.

The result means Bullets Reserves have finally broken the duck against TNM Super League teams, having been knocked out by Moyale Barracks, Blue Eagles, and their seniors Nyasa Big Bullets on three different occasions before in different cup competitions despite putting unyielding performances.