How Bullets are reclaiming the local football dynasty 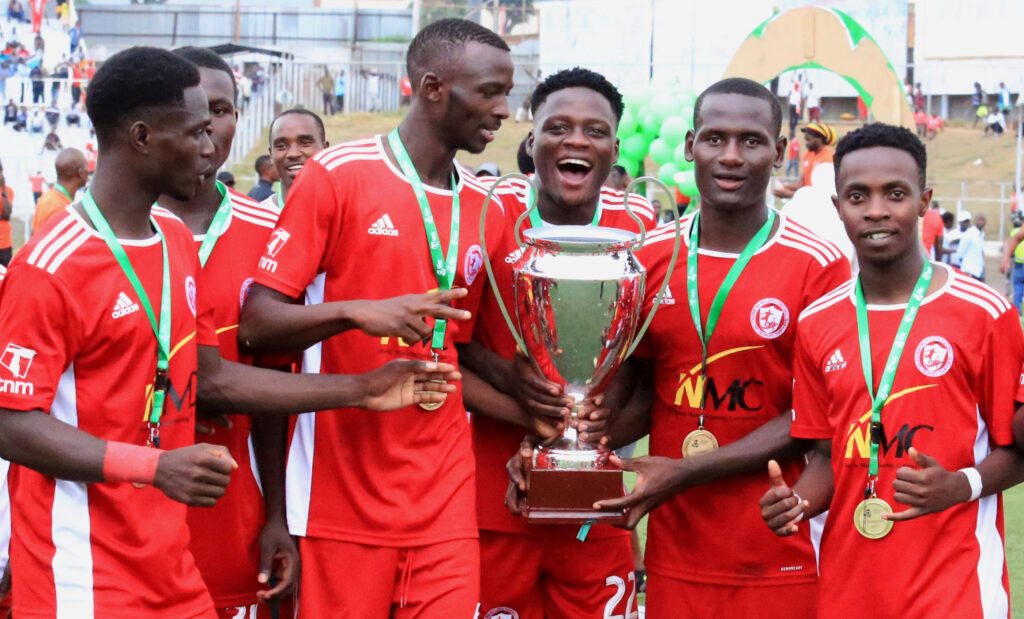 The dynasty built by Nyasa Big Bullets Football Club at the turn of the 21st century was then forfeited to Silver Strikers and Escom United after their 2005 Super League title feat.

The emanation of Blue Eagles, Civo United and Moyale Barracks from always being the bridesmaids to trying to win the striking groom had correspondingly made Bullets’ attempts to retain grounds an uphill undertaking.

While Escom United, Silver Strikers and Wanderers dominated the local banners, there was an unsurprisingly sullen mood among Bullets fans. The team’s struggles cauterised any sense of hope on and off the pitch. Their hopes of reigniting their glory days were dashed each season passing.

Truly The People’s Team was fast becoming a shadow of its own; from big spenders to beggars on the terraces, from having elite athletes to helplessly having vaunted average players.  It was more worrying than just being unusual.

Silver and Escom’s mission of creating their empire meant Bullets would have little say in the transfer market. It could not get top-class players nor keep those it had in its ranks. And with the Bankers and Escom United getting all the best players emerging, the two teams would make the Super League championship theirs to exchange from 2007 to 2013.

The 2011 TNM Super League season came with the devastating effects of losing out their best players to their rivals. The People’s Team was now pushed to fight against relegation with the likes of Embangweni, Cobbe Barracks and Zomba United. What a shame!

Fast-forward to 2012, Edington Ngonamo’s era commenced. His disciplined and effective football philosophy fed hope and relived belief among Bullets faithful. He made Maule play, defend with total tactical focus and become able to harm opponents at any chance. Soon he was deemed to be the man to get The People’s Team back to the glory days.

Deservingly, Eddie was lauded for the impressive results in his first season as Bullets boss, but the season will be best remembered for the young boy Ng’onamo handed a debut in the name of Frank Gabadinho Mhango.

It looked like both those who watched and missed out on the likes of Kinnah Phiri, Lawrence Waya, Andrew Chikhosi and Grant Lungu’s intriguing show would never have another thriller of a player in the Big Bullets’ red and white colours. Out of nowhere, a boy little known to many came in to pull back the dispersing fans that were starting to believe that golden players were gone, gone like the dragons.

Gaba’s exploits became even more remarkable game by game since his perfect debut. He could not only help Bullets finish second in the debut season but scored the famous solitary goal in the Presidential Cup final. He brought a cup to Bullets’ shelf in as many years. As well, he put himself in the spotlight and became the favourite. Straight up, Mhango was the big step in Bullets’ resurrection story.

The 2014 season started with the expatriate Nsanzurwino Ramadan at the wheel following Eddie’s appointment as Flames coach. The Burundian could leave his post the same year due to contractual reasons. It might not look good on the club to sack a manager who had a strong allegiance with the club but few could blame Bullets moving for a manager who could turn them into a great team again.

With spent funds, Bullets obviously could not hire a top coach. Local or foreign. An influx of application letters for the post surely was there and everybody wondered who would become the next boss.  The Bullets legend Kinnah Phiri, who guided the Malawi National Senior Team to the African Cup of Nations games in 2010 and also led The People’s Team to the quarter-finals of the 2004 CAF Champions League, was among the coaches linked for the job. In the end, it looked like a gamble when Bullets picked Eliah Kananji, who had done a good job at Blantyre United but remained without vast experience or any silverware.

Everyone unsure what a small team coach could bring to a big team at a time of struggle was quickly assured of a recovery process. Kananji resumed Eddie’s story fans craved it to continue. Just like Eddie wanted Bullets to play, so was Eliah’s philosophy except that it demanded more intensity in pressing.

He worked much on the confidence of his defence and strengthened the midfield to allow already proven strikers like Gaba to pluck more fruits. Thanks to Kananji, Bullets were crowned champions at the end of the season with 62 points. They had won the Carlsberg Cup a few months earlier, but winning the league title after nine years was a big moment for the club.

The sleeping giant had awakened and looked ready for dominance again. Another title with Mabvuto Lungu in the following year completely brought the glory back to the streets. Fans could brag again and rightly. Who could blame them? Their team was dominating once more and it was all good.

Nonetheless, life is full of smiles and frowns even for a big team like Bullets: their back-to-back league title wins were followed by two blank seasons. When you are at Bullets this is unacceptable, this brought back hallucinations of the past nine ragged years without a league title.

Following the coming in of Rogers Yassin, Bullets had been transformed into a willy, hard-to-beat unit in 2018. Such was the adroitness that had made the 2016 TNM Super League champions Kamuzu Barracks get thrashed 6-0 on 6th September 2018 at the Kamuzu Stadium. The evidence of their dominance was no fluke, it was no smash and grab, and this record-breaking win had hinted at further success at the club.

Yassin could not finish the season at the helm of the champions. Following a poor run of form, he was replaced by Kalisto Pasuwa, who had once coached the Zimbabwean national team at the finals of the African Cup of Nations. The Zimbabwean steadied the Bullets ship to guide Maule to their 13th league title.

Today The People’s Team, who once won the Super League from 1999 to 2005 in a row, has now won the championship for the fourth consecutive time with 71 points to make it become the only team which has won the championship with more points than any other team in the top flight football for the past decade.

Who could have thought that the Nyasa Manufacturing Company and Nyasa Big Bullets FC affair could become a diamond despite shimmering to set off?

Yes, you remember Konrad Buckle alongside Fleetwood Haiya famously saying, “NMC commits to take over the team’s verified and confirmed debts and liabilities and they shall be settled within six months…” For those who have seen sponsors come and go can be understood if they branded this a mere promise.

Today only a few and the illogic can overlook how NMC means business. The owners are sticking to their promises to make Bullets great again.

After winning the championship in 2018 the then club’s chief executive officer, now vice-president, Fleetwood Haiya, talking to the press, expressed more hunger for success when he said, “As Bullets, we are by far not satisfied. I leave it for the others to judge our progress. To us, we want to do even better and better.”

Since the NMC takeover, the club has strived to recruit the very best talent into their glamorous reserves side which has been all-conquering in the second premier division. The Banyamulenges, as the junior side was fondly known back in the days, have now fed the main team dozens of qualities of youngsters who are winning the club titles.

In October this year, the Chatama-led Nyasa Big Bullets Reserves side played against their seniors in the FDH Bank Cup final and despite losing 3-1, such an achievement illustrated how the club’s rich investment in developing their own talent is paying off.

Forget about the slip on the final day of the calendar season in the 2022 Airtel Top 8 Cup final, forget about the forgettable experience in the CAF Champions League, and look at the picture which illustrates the club’s ongoing reclamation of the local football authority.

“We are Nyasa Big Bullets; we are a winning brand and want to continue dominating. We respect other clubs but as Bullets, we want to continue winning. We shall continue to be hungry for more,” that’s the voice of the club’s chief administrative officer, Albert Chigoga, on the final day of the 2022 TNM Super League season.

Looking at how things are looking at the club and hearing the club’s management boldly making big statements about the future, it is fair to say that The People’s Team is taking back control of what was once theirs; the local football dynasty.