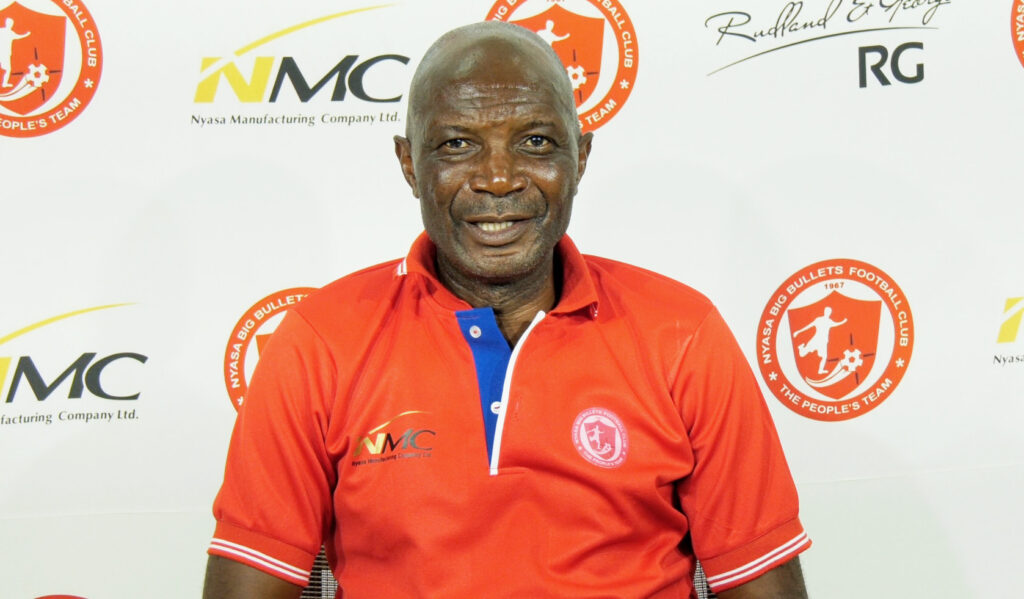 The head coach discussed the preparations and also took questions on what will make the difference this time after Bullets claimed a win over Silver through penalties in the final of the competition last December.

Pasuwa also spoke about the lessons to learn from the ongoing 2022 Qatar FIFA World Cup as well as the possibility of adding another trophy to a season where The People’s Team has already won the TNM Super League and the FDH Bank Cup.

Read a full transcript of Pasuwa’s pre-match interview below…

Coach, you are facing Silver Strikers in the semifinals of the Airtel Top 8 Cup, as defending champions, how ready are you?

The last cup meeting between the two teams was a final, you won 5-4. You created numerous chances but you won through penalties, what do you think will be the difference this time around?

“Our games against Silver have always been tight. If you can look at the last game, we played against them in Lilongwe [in the Super League], they dominated possession and they had most chances, they created lots of them and they were missing them. So again, on this one, it’s a game where, like I said, we need to put everything in place in order for us to bring a result. It’s the complacency that will matter at the end of the day. Any team that sleeps on that day will be punished. You can even see the way games have been played at the World Cup, there are surprises, turnovers where you are in possession, you lose the ball, you are punished and that’s it, so on this game, we need to sit down and talk to these boys and try may be to bring a result.”

You are facing a side which has a new coach in the name of Leo Mpulura, the last five or six games, he has done well, he has made some improvements, how crucial, how dangerous it is for Bullets to face a team which has a new coach, a coach who has a point to prove as the only silverware which is available is the Airtel Top 8 which you are also trying to defend?

“Much respect to coach Mpulura, he’s been one of the senior coaches in Malawi and I can’t take away anything from him, he’s building a team and they have been producing results and as you know again, I will not talk about Silver Strikers only or even to say coach Mpulura, we are saying any team that plays Bullets, they want to make a mark out of it and it’s up to us to say we are meeting Silver, what is it that we are supposed to be doing, are we ready for them? Then we will see at the end of the day.”

You had a long week’s rest, you were not involved in any match, how important was it for your players to rest?

“Very important indeed but as you know again, we travelled a lot, we were in Karonga but again we had to rest some of the guys and we had most of the guys who were having knocks and it came as a blessing in disguise where we ended up resting some of them to recover, and this week they have been training except Anthony Mfune, who is out with a groin injury but besides that, everyone is around including Yankho Singo is back in training [after recovering from an injury that kept him on the sidelines for several months].”

You have already dominated the 2022 season domestically, winning the FDH Bank Cup, the TNM Super League, and definitely winning the Airtel Cup will add some flavour to your already decorated season

“As a coach, with the team I had this year, remember at the start of the season, I talked of building a team and they have done beyond expectations and we are motivating the boys at the ground, but so far so good, they have done very well and yes, if we win this cup, it will be a plus sign for them, but I am happy for the boys.”

Lastly, Babatunde, unlike the rest of the guys who were rested because they had more games this season, was also injured, how ready is he ahead of the match?

“Baba started training a day ago. He had a knock which he got from the game we played Moyale Barracks. He had a swollen ankle but now I think he is better; he has recovered and he is jogging and we hope maybe on the day of the game he will do well.”