Precious Medical International to sponsor Bullets Goal of the Month 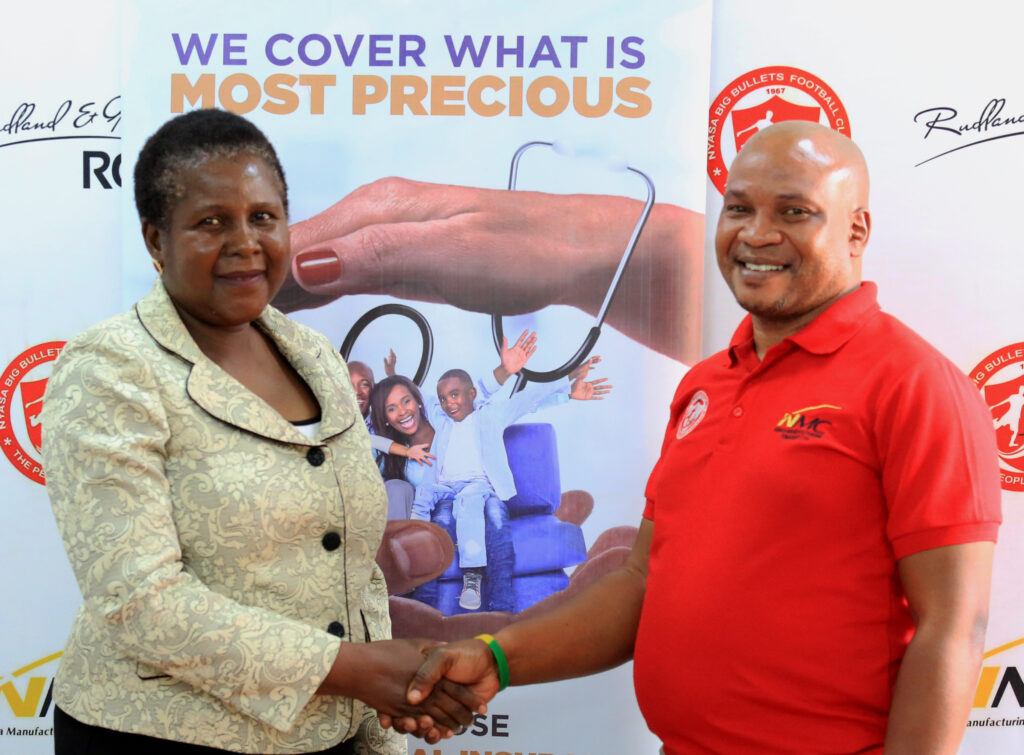 Nyasa Big Bullets FC has partnered with Precious Medical International, which will see the medical insurance company sponsor the PMI Goal of the Month Award.

The partnership, which lasts for an initial one year subject to an extension, will see the company awarding the best goal scored by Bullets players each month starting in November to the tune of K100,000.

In her remarks, Dr Mateyu said her company has partnered with The People’s Team because of the standards set, especially in the 2022 season, which has seen Bullets retaining the TNM Super League championship and winning the FDH Bank Cup.

“As part of our benefits structure, we offer an awareness program that encourages people to do things differently and better. So, looking at the progress and the productivity, the spirit of teamwork, the discipline and even the style of management, this is something that we want to encourage in every sector and Bullets fit well into our plans because they are a winning brand which never gives up even if the going gets tougher and we want to use the club as an icon to achieve that.

“We believe the Goal of the Month will encourage the players to work even harder and continue bringing success to the club,” she said.

Welcoming the new partner, Nyirenda said the latest unveiling presents a new dimension as far as the commercialization drive for the club is concerned.

“Having embarked on the commercialization drive, partnerships like these are important. We unveil this partnership among several other innovations we are bringing because Bullets is the local champion and what we do is for the people of Malawi in their majority supporting us. We boast of the best support base and for partnering with us, Precious Medical International will also benefit from our marketing efforts and our supporters will also be happy to join them,” he explained.

How the Goal of the Month will be decided

An independent panel will nominate the best three goals scored in a month in all competitions and fans will vote for the winning goal by SMS through the club’s 441 platform.

Bullets already have the Player of the Month Award that is sponsored by Hubertus Clausius.