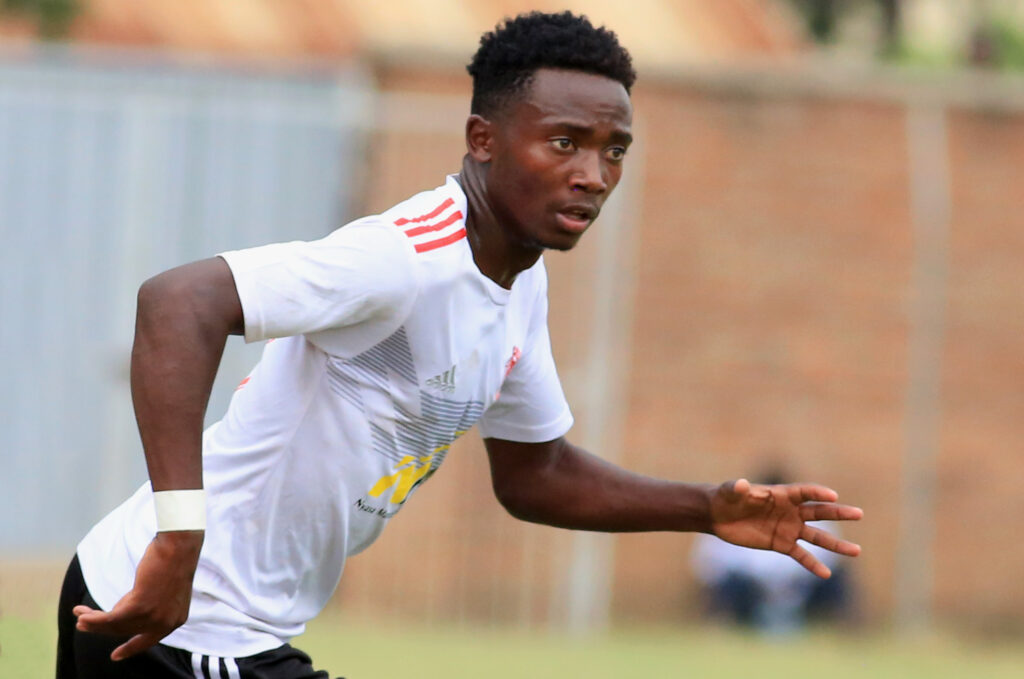 Swashbuckling Nyasa Big Bullets Reserves are one step closer to the semi-finals of the ThumbsUp Southern Region Football League following their 2-0 win over Prison United at the Balaka Stadium on Sunday.

A goal in each half from Chrispin Mapemba and Macray Chiwaya settled the final score of what was a lively first leg away from home.

The tie is only at half-time though as the two teams are set to face each other in the return leg in a midweek fixture at the Kamuzu Stadium on Wednesday afternoon.

For the opening quarter an hour, our authority in the game was well stamped as the hosts were forced to do a lot of defensive work trying to douse the burning fire we had set in our sweeping attacks.

Five minutes later the hosts nearly made a reply from a teasing set piece, but Happy Mphepo was at the right place and at the right time to produce a vital clearance on the goal line.

It looked like the hosts were braced to let their gates open but somehow they managed to reach the half-time break only one nil down.

Three minutes after the restart, Bullets Reserves doubled our lead through Chiwaya, who produced a beautiful three-finger low strike from outside the area after being set up by Chikumbutso Salima, who had spent the opening half on the bench.

Looking for sheer dominance in the tie, Swadick Sanudi, who was in charge of the young Bullets in the absence of Enos Chatama who is away with the Malawi U-17 National Team, made three changes after the two he had made right after the interval, and that liven things up further for us. We pushed high up on the pitch with a sharp attacking edge and the hosts were left with no answer.

The clean record continues for our youngsters at Balaka Stadium

Did you know? Our youngsters have never lost a single game at Balaka Stadium in as many games and on Sunday they made sure that the clean record is still intact and unaltered with a convincing performance.

The win means our youngsters will go into the return match with a huge first-leg advantage. Nonetheless, nothing is guaranteed in the knockout stages of any competition. The youngsters ought to replicate the convincing performance they showed Sunday afternoon to take away Prison United’s chances of staging a comeback.

“When playing away you need to get results and try not to concede. It was our emphasis to do so and we managed it. When we got the ball we managed to attack in numbers and this won us the game, especially when in transition. Today we played here in Balaka, the pitch is not what it used to be, it is a bit bumpy now, and we know when we go to Blantyre, we play to our strength on a pitch we are well accustomed to.”

Three days from today our youngsters will play host to Prison United at the Kamuzu Stadium where they will be looking for nothing but a win to give them a ticket to the semi-finals where Changalume Barracks await to face them.