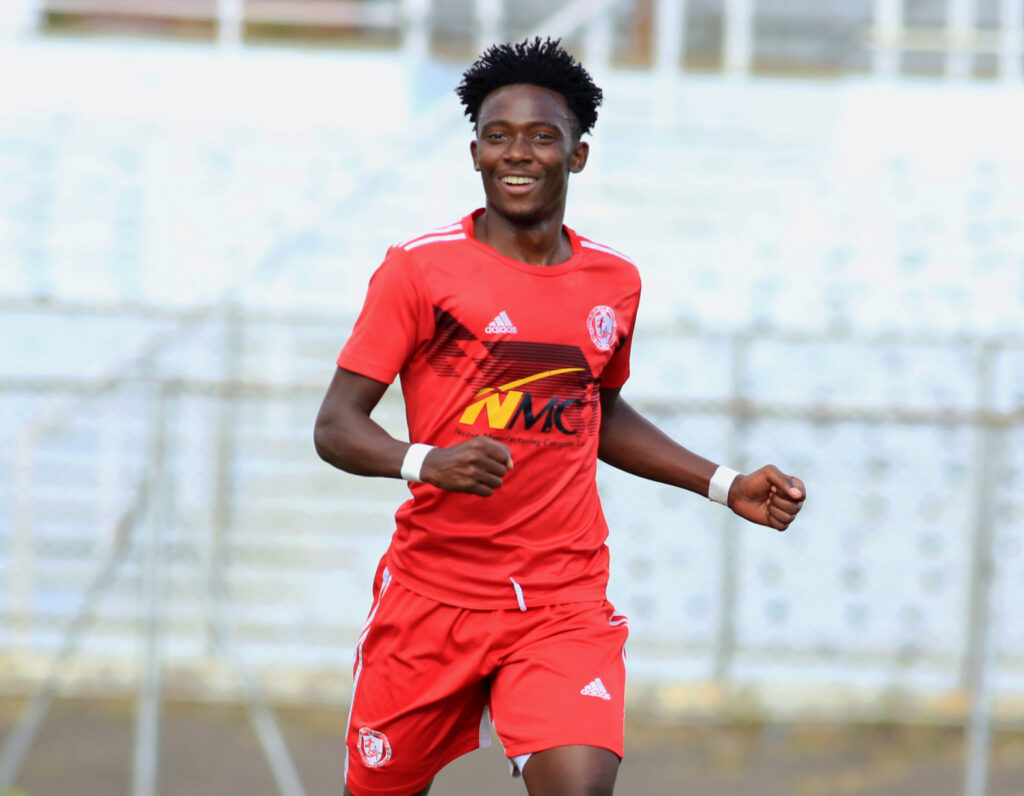 Nyasa Big Bullets Reserves are now a point behind Group 2 leaders in the Thumbs Up Southern Region Football League following a 3-1 victory over Mangochi United at the Kamuzu Stadium on Saturday.

Lyton Chinong’one broke the resistance Mangochi United had shown in the opening stages of the game when he scored from the arch of the box with a powerful strike.

Young Bullets, who had started the match off the boil and struggled to play their usual passing football, immensely improved after taking the lead.

Franklin Titani, who has seemed like a new signing this season for Enos Chatama’s side after shaking off his long-term knee injury, doubled the lead eight minutes later. Osman Bakali played through a fine ball behind the visitors’ back-line to find Titani, who dinked the ball over the goalie to score his first goal on the day.

In the 42nd minute, the home side’s slick exchange of passes was translated into their third goal by Chikumbutso Salima, whose grass-cutter strike hit the far post before going past the goal line.

What looked like a tight low-scoring match was suddenly threatening to turn into a riot – Unmarked Chinong’one could have scored his brace on the day, but the midfielder failed to finish off a move orchestrated by Crispin Mapemba from the left flank when he hit the ball over bar inside the box.

Chinong’one’s clear chance miss at the stroke of half-time was shortly followed by the whistle to mark the end of the first period.

Returning from the interval, the young Bullets looked comfortable on the ball as they maintained their lead. However, their intensity in the final third dropped that their fourth goal of the game never seemed like coming.

Trying to inject some energy into the game, Chatama made his first substitution in the 54th minute when he brought in Chimwemwe Yasin for Osman Bakali.

The change did little to help Bullets stabilize things in the second half as the visitors started to play with more intent and caught the hosts on the break after defender Chifundo Sapuwa gave away possession in a dangerous position.

Trying to stop the attack, goalkeeper Joel Ngwira left his line to bring down the visitors’ attacker outside the box, causing a free-kick and getting cautioned in the process.

The visitors’ number 9, Hassan Sanudi, stepped up and executed a fine free-kick which went past Ngwira to pull one back for his team.

With things threatening to slip from Bullets’ hands, Chatama made his final three changes in the closing stages of the game, bringing in Macray Chiwaya, Gift Jossam and Wongani Kaponya, who replaced   Lyton Chinong’one, Franklin Titani and Felix Demakude.

With these fresh legs, the lads were now able to bring order to their play and they managed to see off the tie despite the visitors’ late resurgence.

This result means that Bullets Reserves have now accumulated 24 points from nine games and are now a point behind Group 2 leaders, MDF Marine, who have played a game more than Chatama’s boys. Should they win their remaining game in hand, our young guns will finish the first round at the summit of the Thumbs Up SRFL Group 2.

Reacting to the victory, Chatama cherished the result while at the same time expressing his frustration for not being at their usual best in the game.

“It’s good that we have collected the three points. We played better mostly in the first half and scored the three goals, but in the second half, we failed to come to the party. The boys did not perform to the expected standards.”

Bullets Reserves will travel to Changalume Barracks for the final fixture of the first round on Saturday, 2nd July, before shifting focus to their huge encounter against TNM Super League side, Mighty Tigers in the FDH Bank Cup round-of-32.